Music Venues You Need to Know About: El Corazón/Funhouse in Seattle 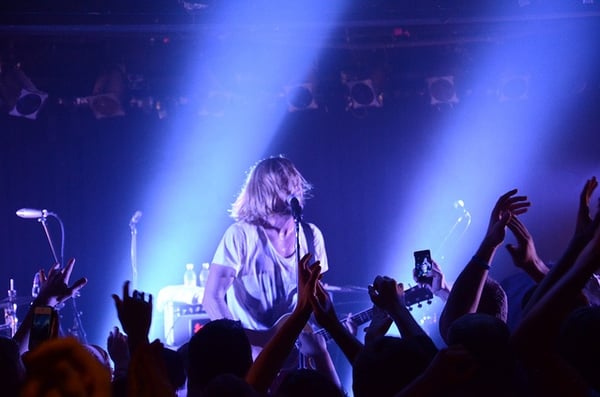 Photo by Hyangelo Henry Hao via Flickr / CC BY 2.0

“Pearl Jam's first five shows were in that room, Nirvana's first Seattle show was in that room. The only official Temple of the Dog show until this tour they just announced was in that room. It has a ton of history,” Dana Sims says of the Off Ramp, the downtown club “where grunge broke.”

The storied spot is now called El Corazón. Sims renamed it in 2005 when he took ownership. Before that, it was Graceland, and before that, a slew more. It's been a live music hall of some kind since 1910.

Naturally, not just anyone gets to play that legendary room. You have to deserve it.

Sims is also the talent buyer there, as well as at the Funhouse, the adjacent 200-capacity room. He's done well to further establish the latter and keep El Corazón's prestige growing since buying the club.

Their bread-and-butter onstage, he says, is metal, punk, alternative, and hardcore. Of course, those aren't the only genres that make the cut at El Corazón or the Funhouse.

“We have an 800-capacity room [in El Corazón] and in today's music economy, you pretty much do it all. And flexibility is the key, because these days, attention spans are short, and some genres of music get hot and then they go cold,” he says. “We have some bands that sell out in advance, then they come back six months later, and they have trouble selling out the room. Then we have some bands that make the slow climb… but flexibility is key, and we do everything there. I can't think of a genre of music that we don't do.”

Sims worked as the talent buyer at the venue under its former ownership, too. That was after about 15 years on the label side of the industry in both Los Angeles and New York.

“I actually sort of fell upon this small, little label in Seattle and was part of the whole group of people that engineered the whole grunge explosion. It was sort of awesome to be in the record business but live in Seattle…. When the writing was on the wall and record sales started being not a cool thing anymore, I didn't really want to move to [back] New York or LA to stay in the record business. The previous owner was a good friend and they had lost their talent buyer, and I made the switch over,” he says.

The stability in the business of a venue versus a label coupled with the opportunity to stay in Seattle appealed to Sims. In the years since, he's adopted some specific policies that bands have to adhere to – should they hope to continue to get gigs, at least.

“We're in the music business and the words are not mutually exclusive,” he notes. “So what am I looking for? Yes, the music has to be good. But also I look for people that understand that it's a business and it's not a free place to practice. You're evaluated on the fact of can you put people in the room – and if you put people in the room, you make money, we make money, everybody wins.”

To better ensure a great turnout at any given event, Sims encourages bands to have each member commit to bringing out 10 people. If they can do that, a three-band bill, each act with four members, adds up to 160. And that's when “everybody wins.”

Yes, Sims' expectations for bands are high. It might feel a bit harsh, even, but Seattle is a city that's dense with shows and nightlife, and because rising rent costs have shuttered or forced other venues in the area to head to the 'burbs, foot traffic is dismal. Sims' way – for El Corazón and the Funhouse – seems like the only way, or at least an appropriately smart one. He does, however, provide a network of support to help reach those standards.

“The thing is for us – and I guess the reason why we're successful – is once you're booked at our club, that's sorta the beginning, it's not the end. We don't get you booked and forget about you,” he says. “Once you're booked, it's like, here's our marketing person, she's already made the Facebook event, so let's all work off the same event so that we can build a story and see that a lot of people are going. Here are some other avenues to help you, here are different ways that you can get 10 people per person to come out. You have to sort of help guide these kids and motivate them. Once they see the results, they realize, wow, that wasn't that bad, I did my part and the show completely kicked ass.”

Sims keeps track of bands' marketing efforts, the turnout, and so forth for every single show; he literally quantifies the success of that kind of work ethic. Nail enough gigs at the Funhouse, and you could transition into that legendary larger room.

“The other carrot is like, well, you know, you gotta be successful on your own to a degree and you gotta do these other things to be able to play with those national acts [at El Corazón]. It's something that's earned, not given,” he says.

Next up: How to Maintain Good Relationships With Venues