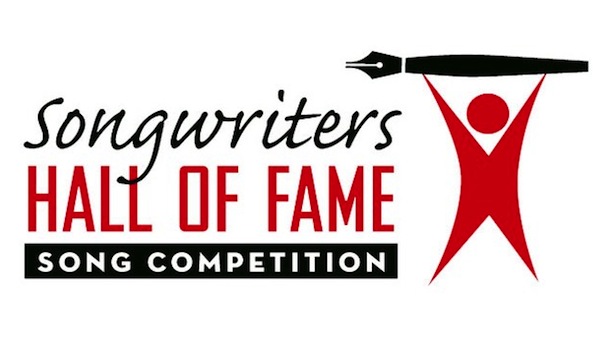 Think you have what it takes to be the next great songwriter? The Songwriters Hall of Fame Song Competition, which is being hosted exclusively through Sonicbids, could be just what you need to achieve your wildest dreams.

All finalists will be chosen by celebrity judges, which means that your music will be heard by some of the most legendary songwriters in the world. The grand prize winner will receive a publishing contract with Universal, an Epiphone guitar, and more.

But don’t just take it from us – here's what seven hit songwriters and industry leaders have to say about the value of the competition:

"When I was starting out, I would have given anything to have had the opportunity to submit a song to a professional…. I take this competition seriously, and hope that we can start someone down the right path to success as a songwriter in the highly competitive world of music today."
– Mac Davis, Songwriters Hall of Fame Inductee

“The Songwriters Hall of Fame Song Competition is an event that presents a prize of real worth. Thanks to Universal Music Publishing Group, we are able to offer a concrete publishing opportunity to a gifted writer. Every songwriter who enters will benefit from having their songs reviewed by professionals and a chance to win. Who knows where it could lead? It is a rare opportunity for those thousands of writers who are looking for a real world entry point into the music business.”
– Jimmy Webb, Songwriters Hall of Fame Chairman

“The Songwriters Hall of Fame exemplifies the pure love of songwriters. Not only is it essential that we honor the great, established songwriters of our time, but that we continue to build platforms to search for and encourage the next generation of songwriters. This competition… [focuses] on the new generation of songwriters who are looking for their big break and [surrounds] them with support and creative mentoring so that they might bring their songs to the world – and maybe, even one day, be inducted into the Hall themselves."
– Evan Lamberg, President of Universal Music Publishing Group, North America

"Songwriting is an art form that allows the creators to express themselves on the most personal level. Songs move people around the world who then make those songs a part of their own lives. However, in order to achieve success as a songwriter in finding an audience, one must become part of a commercial and competitive world…. This songwriting competition will allow new songwriters to get opportunities that they never would have had, which will hopefully lead to their own great success."
– Charles Fox, Songwriters Hall of Fame Inductee

“There are a number of song contests out there, but none of them have the potential to launch a songwriting career like this one. The contract with a music publishing powerhouse like Universal can literally put a songwriter on the map. In addition, the elite list of music industry executives who have volunteered their time to act as judges means that songs entered in the contest will be listened to by people who can really identify hits and propel careers. Believe me, the industry will be watching the winners of this one!”
– Charlie Feldman, Vice President of Writer/Publisher Relations at BMI

“The Songwriters Hall of Fame competition is a fantastic opportunity for any songwriter looking to make a profession out of songwriting…. The grand prize publishing contract with Universal Music Publishing is unlike any other competition. Where else can you get your foot right in the door of one of the biggest and best publishing companies in the world?”
– Linda Lorence Critelli, Vice President of Writer-Publisher Relations at SESAC

“Great songwriting continues to drive today’s music industry. But for many songwriters, the challenge is not just writing a great song, but in getting a great song discovered by influential people who can help you get to the next level. This contest will shine a valuable spotlight on a talented winner. With the grand prize being a contract with Universal Music Publishing, it will literally kick-start a songwriting career.”
– John Titta, Executive Vice President of Membership at ASCAP

If you think you’ve got a winning song on your hands, go ahead and submit it today!