What All Great Performers Have in Common 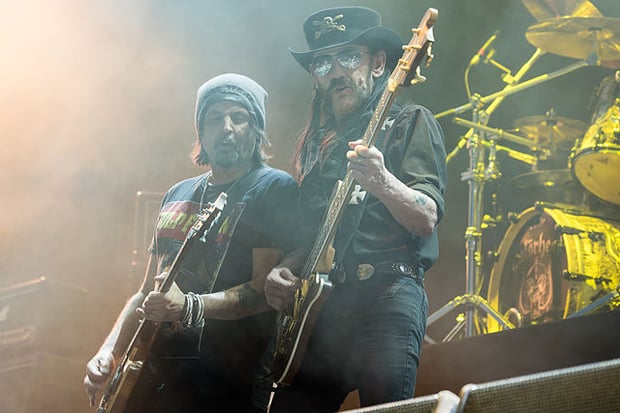 Photo by Stefan Brending via Wikimedia Commons / CC BY 3.0

What makes a performer great? The question is very difficult to tackle head-on because not only is the answer totally subjective, but we should agree that there are many different types of wonderful performers. Each one has carefully honed his or her personal brand of charm and appeal, which lets the artist connect with the audience in a way that's unique. When examining common themes shared by great onstage performers, that's the best place to start: the message the performer sends.

The relationship between what's being said and how it's being said is an intriguing one. These are the two most basic elements of what the audience perceives and what they go home talking about. An atypical pairing of these elements, done tastefully, can often yield very entertaining results.

Great performers carry a reputation – the one that got them to where they are – but how did they build that reputation? By conveying their message clearly and effectively. They manifest some concept, or even bring to life some fantasy, for the enjoyment of the crowd. And not just that: they make it look easy. Some of these performers personify the character they portray onstage their whole lives. If they don't, and it's just an act for the crowd, they have to do it flawlessly as soon as they get onstage, not letting a single crack show in the character.

As far as true-blue characters go, I can't help but think of one of my favorite rock 'n' roll icons, Lemmy Kilmister. Few performers were louder than Lemmy, hence the popular slogan for his band, Motorhead, "Everything louder than everything else." The legend of Lemmy relays that his onstage, hard-as-nails persona was no facade. This was a man who drank a bottle of Jack Daniels every day and didn't process the words "turn down a little" until the day he died.

On the other end of the spectrum was the king of shock rock, Alice Cooper. Cooper was a highly controversial artist of his time, bringing the hatchet down on the era of peace and love and scaring the pants off anyone over 40. His devilish antics made him a household name, but in reality, Cooper was (and still is) a down-to-earth, well-mannered man, operating totally different than Lemmy.

While a music fan may assert that these two icons were in different leagues based on the legitimacy of their legacy, they both reached stardom because of the clear message they presented and, today, stand as clear examples of two opposite ways to go about your career.

Honing what sets you apart

This bearing of the soul, whether it be an artistic concept like Cooper's or a true manifestation of a man's spirit like Lemmy, should be completely unique to each performer. An artist's calling card should set him or her apart from anyone else. This principle is key in marketing, addressing a niche in the market to maximize sales and notoriety. It can be a balancing act addressing these two factors of business and artistry, but if the artist's message is truly unique, that's when the stars align and things take care of themselves.

For a shining example of this principle, take a look at David Bowie. When you watch Bowie perform, you get to see all the glamor and flamboyant splendor of his performance, but it never overshadows what's coming from inside Bowie himself. In fact, it's clear that everything you see onstage is a completely fluid extension of his persona. Bowie bore his soul for the world, and it was completely unlike anything anyone had ever seen before.

No one melded music, performance, and art quite like Bowie, but there are many other larger-than-life personas that also fit the bill, one of whom was Queen's Freddie Mercury. Like Bowie, Mercury found his niche and hit it harder than anyone else. He was a roaring songbird and remains an icon to this day; just look at him go in the live video for "Don't Stop Me Now" below.

Looking specifically at the '80s, many performers like Mercury, Prince, and Michael Jackson became legendary performers by combining their unique musical voices with an airtight routine. They took their incredible energy, condensed it down to its purest elements, and magnified it with sharp charisma, attitude, and certainly in Jackson's case, choreography. Their message and their legacy live on not only in their own recordings but in all the people they inspired, from Bruno Mars to St. Vincent and beyond.

The most important part of their performances, however, was the goal of their entire act: to connect and resonate with the people they performed for. Your focus should be connecting with the audience and building an immersive experience that people can sincerely escape into. Find what you do best, pour your heart out, and you might just become the next David Bowie.