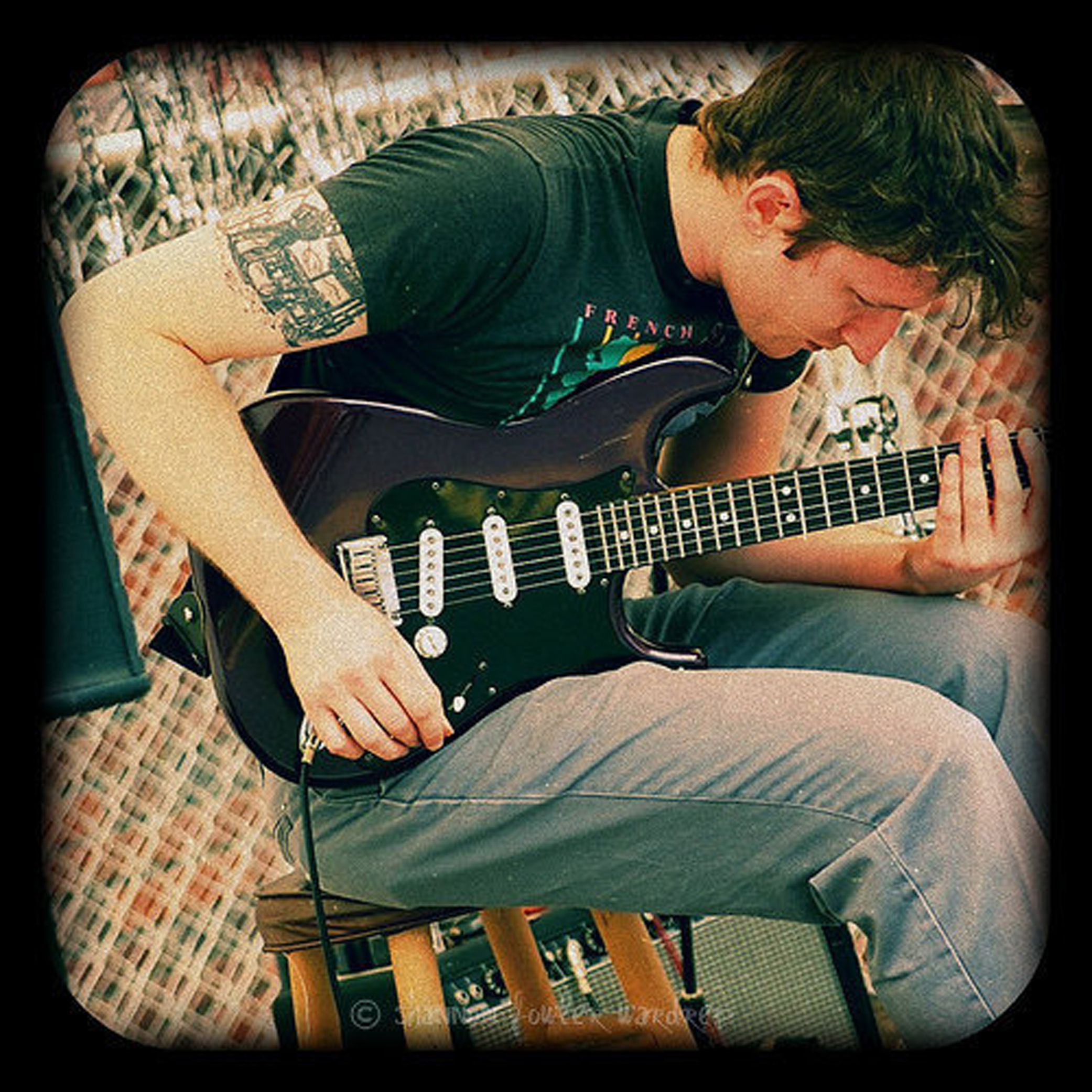 Our long national nightmare is finally over. Well, that depends on who you ask: conservatives are rolling over in their graves (even the living ones) over the mandatory purchase of health insurance written into the Affordable Care Act. And many liberals aren't pleased that President Obama didn't push us all the way into the single-payer system. But regardless of how you may feel, the hour of reckoning is upon us, with a deadline to sign up for insurance coverage by the end of this month - or, as the White House has been putting it in their ubiquitous youth-oriented marketing: it's "last call."

Musicians and other frequent freelancers are among those most concerned with how best to navigate the ACA. There are plenty of ways in which these artists can fall between the cracks, be it a non-salaried day job that doesn't provide benefits or income garnered from a variety of freelance sources. A survey conducted by the Future of Music Coalition (FMC) and the Artists' Health Insurance Resource Center (AHIRC) in the summer of 2013 reported that 43% of the 3,400 U.S.-based artists polled at that time were without health insurance. The primary reason cited? An inability to foot the bill themselves.

The clock is ticking, but there's still time for musicians to make the March 31deadline. According to the FMC's health care FAQ, the penalty for failing to sign up in 2014 is 1% of one's income, or $95, whichever is great. We spoke to a few artists about their experiences purchasing insurance through the ACA, and tried to get some answers about what artists can expect when attempting to achieve the holy grail of "affordable care."

Shane Perlowin is a professional guitarist who splits his time between teaching private lessons, playing jazz and classical gigs, and performing with his Asheville, North Carolina-based prog-punk duo Ahleuchatistas. Up until this year, Shane's coverage was spotty to say the least. "There was a year where I bought insurance for myself, while my wife was covered by a plan through her graduate program," he says. "I cancelled that plan after a year of paying for it because money was tight and I was feeling pretty healthy - and lucky, I guess.

"About a year or so ago I bought a catastrophe plan for the two of us that offered very little in the way of 'coverage,'" he continues. "I felt like I was throwing money in the trash because it was $175 a month just so we could have a $5000 deductible in case something horrible happened."

Shane and his wife Courtney waited for the ACA website glitches to subside and then signed up, which he says was "incredibly simple." "I was a little worried about our eligibility because North Carolina refused the Medicaid expansion," he says. "But, we were able to get a Silver Plan with the help of the tax subsidy, and ended up with an affordable co-pay plan. The experience of being able to comparatively shop for healthcare in the online marketplace was incredible and surreal."

Unfortunately, Shane got his money's worth sooner than he thought. This past January, his wife began experiencing extreme pain due to what turned out to be a black widow spider bite.

"I took her to the ER on a day when no doctors' offices were open due to a very heavy snowfall," he says. "They gave her an MRI and examined her, but could not figure out what the problem was, and just offered her medicine for the pain, which she denied. A couple days later the wound appeared on her side and we realized it was a bite. We paid $100 for the ER visit. However, had this happened just a few weeks prior, before our ACA plan kicked in, we would have been billed $4000!" 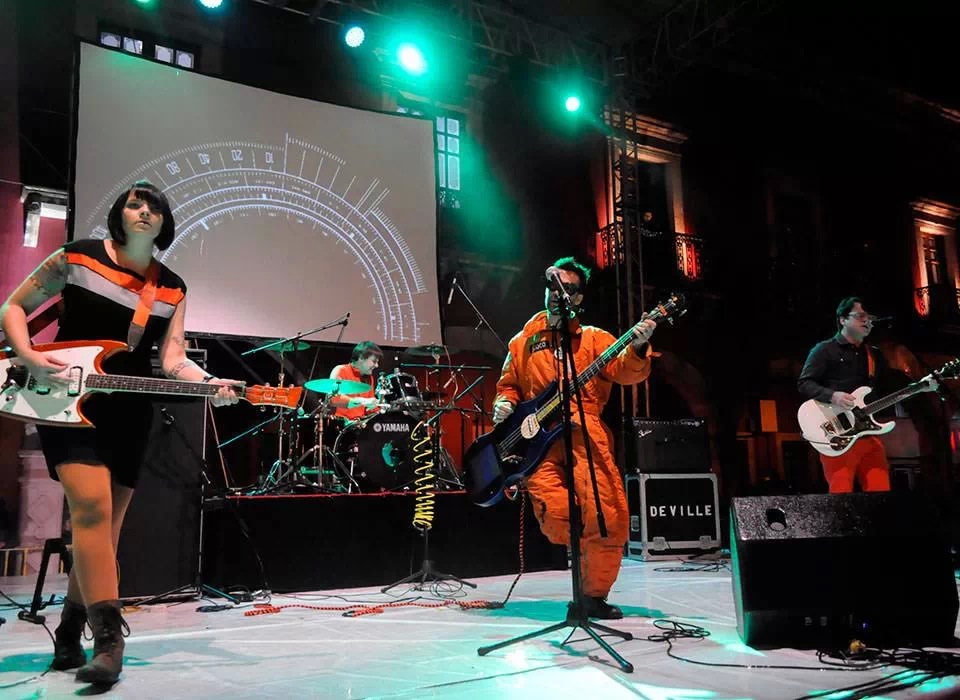 Samantha Paulsen of Athens, GA spends her daytime hours getting a degree in nursing from Athens Technical College. By night, she's Avona Nova, "space nurse" and guitarist with Man… or Astroman?, the surf rock band "from outer space."

M…oAM? have been taking audiences into infinity and beyond with flaming theremins and elaborate stage shows since 1993; Sam joined three years ago and has accompanied the band on tours of the U.S., Europe, and South America. (Full disclosure: she was also my bandmate in We Versus the Shark.)

Like Shane, Sam's previous experience trying to get insurance was fraught with debacles. When she was managing a coffee shop or doing prerequisite coursework for her nursing degree at the University of Georgia, she was insured.

"When I left UGA, I tried to sign up for health insurance on my own, and was denied because of a previous condition, even though that 'condition' was resolved within six months," she says. "Blue Cross/Blue Shield denied me insurance regardless of tests indicating that the condition was resolved, and I got frustrated and decided I didn't want the hassle of insurance after all."

The perpetual roadblocks of the pre-ACA landscape forced Sam to go without health care—but not without worry. "Five years ago I wasn't able to afford a doctor if I was sick, and luckily I stayed pretty healthy over the years," she says. "I did worry a lot while on tour… because if there was an accident or something, I wouldn't have been able to pay a hospital bill. I've had back and hip pain for years, which was definitely affecting my performances - constant touring and lugging equipment around has a huge impact on your back."

Now, Sam has a plan that costs $32 a month after tax subsidies, includes vision and dental with no deductible and low copays. "I've recently been able to go see an orthopedic specialist and start physical therapy to help [my back]," she says. "This is a huge deal for me, and getting this problem taken care of will definitely help the physical part of being in a band."

Sam's process signing up for health care through healthcare.gov went smoothly, but she's not without concerns. "Georgia is one of the states that did not expand Medicaid, so if I was below that bracket, not only would I receive no tax credits, but I wouldn't qualify for Medicaid either," she says. "This is a problem some of my friends are experiencing, and it's a huge problem for musicians and service industry workers in Georgia. These insurance plans aren't affordable on their own (mine is over $200/month without subsidies), but people who don't qualify can't get Medicaid either. So what do these people do now?"

A few options for persons in the 21 states that opted out of the Medicaid expansion are available. This includes a federal subsidy for those whose yearly earnings are at or below the poverty level, or what's called a hardship exemption in extreme cases. Most people who are curious about what they can expect in the marketplace can use Kaiser's Subsidy Calculator, which allows users to "enter different income levels, ages, and family sizes to get an estimate for their eligibility for subsidies and how much you could spend on health insurance."

Other questions and resources can be rooted out very easily by perusing the FAQ or Resources pages at the Future of Music Coalition's website. For folks who've been biding their time and want to get some unbiased assistance sorting out insurance options, the non-profit HeadCount has partnered with Healthcare.gov to create a 24-hour hotline geared toward musicians and music industry professionals: (919) 264-0418.

"I would definitely recommend that working musicians check out their options in the marketplace and sign up. My experience has honestly been as rosy as I am portraying it," says Shane, adding: "I never thought I would give a thumbs-up to anything coming out of Washington."