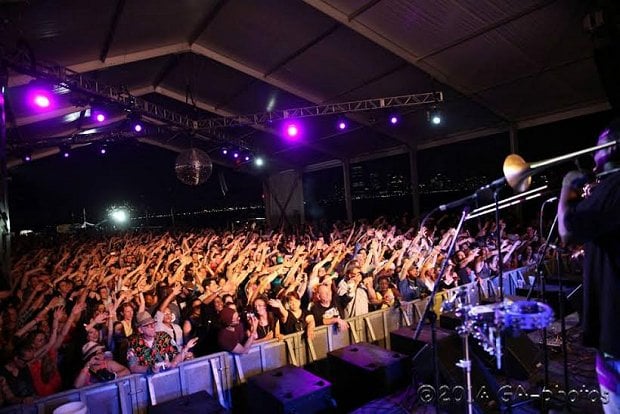 Many bands dream of massive success in the Big Apple, but if you're not native to New York, how do you make it there, and by proxy, make it anywhere? It's no secret that NYC venues require a special brand of savvy wit to navigate through promoters, booking agents – even suspicious door guys. Luckily, Howie Schnee, co-founder of Creative Entertainment Group (CEG) and longtime NYC impresario whose company promotes over 1,000 concerts a year, is spilling the six secrets to book your next gig in NYC.

What are the most common payment structures that bands will come across at NYC gigs?

Usually it’s a flat guarantee, percentage of the whole door, or polled-door deal. Polling involves asking people which act they’ve come to see. We think this is the best-case scenario for an act playing on a multi-band bill, because it gives that act the most earning potential. It also gives an accurate depiction of how many people they’re able to draw in the market, as that’s something they should be aware of and work to improve upon.

Compared to other cities, what's the most important thing that bands need to know about working with promoters and venues in NYC?

I think this really depends upon how much awareness there is for an act in the market. If it’s a new band with little recognition in NYC, we as promoters can pair them with more meaningful acts to help get their name out there and perform in front of a new audience. We expect artists to do lots of self-promotion on their end using all of their assets, including publicity and street promo, if possible. It’s difficult for us to work with a band with no following, but if they’re able to draw even a small crowd, and they have a good live show and work ethic, then we're very happy to try to find great opportunities for them.

Basic backline is very common in NYC because venues and promoters will usually have multiple bands on a bill. A green room is less common in smaller venues. If it exists, it’s usually shared by a lot of musicians, so prepare to not get too comfortable. Typically, the larger the venue, the greater the amenities. Bands should always try to advance the show with the engineer for their show to minimize or eliminate any issues night of show. A stage plot and input list are necessary. A band should make every effort to be on time, also. Unfortunately, on many multi-band bills, there's not an opportunity to sound check, and stage turnover, both on and off, has to take place pretty quickly. I haven't been in that position as a musician, but I imagine it has to be pretty stressful, especially at first. Bands should be prepared to not have the luxury of time to get everything just right.

What do NYC venues typically expect of the bands they book?

I think most venues expect some kind of following, even if it’s a small one. Also, they expect that the bands will get behind their shows and not just show up expecting there to be a crowd to see them. I’ve seen some really talented acts that never did anything to help themselves develop a following. It’s hard to expect a promoter to get behind an act if they don’t get behind themselves. It should be a joint effort.

What's the best way for a band to break into the NYC market?

Bands should be strategic with where they play, with whom they play, days of the week, time slots, and how often. For a lot of bands, it may start with friends and family, which can help them get in the door. Then they just have to deliver live. I know it takes lots of time and practice, but they should really strive to give an audience a reason to come back the next time.

On that note, a band will burn through their base following really quickly if they come back too often. There should be an overall strategy and plan for booking and developing in the market. It’s great when a band tries to build their own scene. I like when an act comes to me to book them and another band or two that they’re friends with. It always feels like more of an event that way, and I’ve found those nights to be usually successful.

What's the biggest difference between booking shows in NYC versus other cities like LA or Nashville?

I don’t have much experience in either of those markets. I book a lot of jam bands, funk bands, and bands from New Orleans, and many of those acts have a much smaller audience in LA than NYC. I visited Nashville earlier in the year and noticed how live music was everywhere. I heard music in restaurants, bars, retail stores – I think I heard it coming out of a McDonald's. It’s not like that in NYC, but I have to think that the same principles that work in NYC work in LA and Nashville: talent, initiative, strategic thinking, building a team, networking, and developing a great live show.