4 Ways to NOT Get Publicity for Your Band 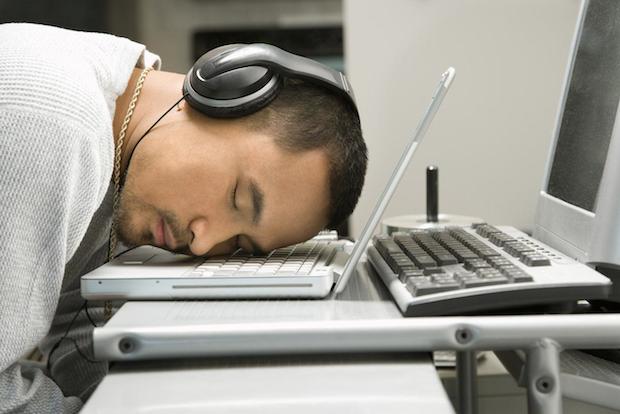 Obtaining press as an independent musician can be tough to tackle right off the bat, especially if you're not immersed in the dos and don’ts of publicity. We've let you in on a ton of pro tips for getting press in previous "Ask a Publicist" columns, but this time around, we're going to explore a few behaviors that are surefire ways to blow your chances – and yes, we unfortunately encounter bands like this day in and day out. Here are four ways to not get press for your band.

1. Not even your friends realize you’re in a band

Somehow, your girlfriend doesn’t know you play the drums. You don’t talk about your band or the fact that you’ve got a new album coming out. Despite being one of the most active tweeters among your friends, you’ve yet to create an official band account. You’re operating under the assumption that being “off the grid” will yield the fame you’ve always longed for.

While mystery has its appeal, cutting yourself off completely will not benefit your image in the long run. Figuring out how to approach talking about your music is a big step – and it’s not always easy. But, if you’re aiming to get folks to care about your music, then you need to show that you care, too.

The writer called you for the interview and it’s clear you overslept after a long night of partying. Plus, you’re not giving him an inch, doling out one-word answers exclusively. By the way, he can definitely tell you’re checking Twitter during the conversation.

Having an established image and being “cool” are both good things, but you’ve got to be open to talking about your band/music. It’s not dorky to be enthusiastic about what you’ve created.

This is where professionalism plays a big role. If you know that you’ve got an interview early the next morning, call it a night before 2:00 a.m. Make sure your phone’s charged and you’re awake (read: have had some coffee and are coherent) when the writer calls.

3. You can’t talk about anything BUT your band

The polar opposite of the mysterious recluse, you’re prone to name-dropping, handing out your CD to any passerby, and oozing a constant, schmoozy vibe. A stranger asks for directions and you end up telling them how your band is going to blow up “any day now.”

In this scenario, self-confidence is tossed aside for extreme egotism. No one’s going to want to dive into a conversation with you, period, let alone one centered on your music. There’s a line between enthusiasm and exhaustion, and, my friend, you’ve crossed it.

4. You ignore the little guys

Another great way to not get publicity is by skipping over the smaller media outlets (especially local ones) and convincing yourself that Rolling Stone will feature you when you’re an unknown artist. These smaller outlets can actually do more for your music career than big ones.

If you’re in this category (or have trouble talking about your music in an enthusiastic, yet tempered, manner), it’s important to make a conscious effort to change your pitching style. One of the last things you want to do is give a self-centered pitch along the lines of, “My music is the best thing ever and I deserve free press.” What you should do is think about it from the perspective of the writer. Explain why they should care. Explore the angle, whether it's a new album coming out, a release show, song premiere, etc. It’s also key to make sure you follow up in a timely manner.

While these are fairly hyperbolic examples, it's important to keep in mind the lesson at the heart of this article: moderation and professionalism. You don't want to be completely mum about your band, but you also don't want to cram it down peoples' throats. And you definitely don't want to be the one pretending to be disinterested just to seem cool (especially since people can totally see right through that). When pitching, networking, and completing interviews, be prompt, follow up in a timely manner, and have a game plan. Being professional is one of the best ways to show you're invested in yourself and your work.