What Your Band Photo Says About You 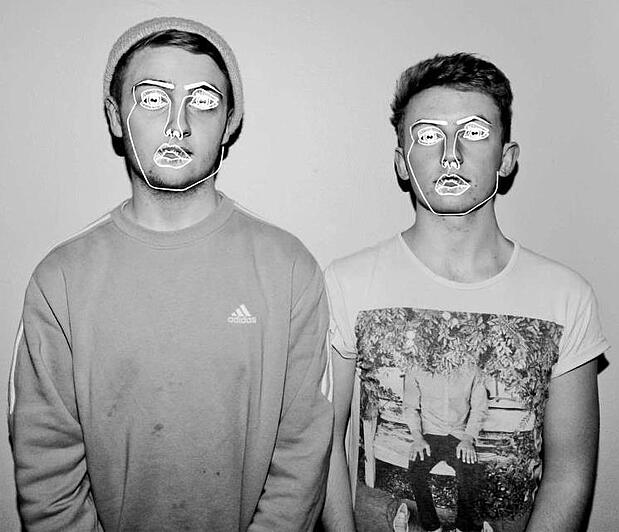 Band photos can be tricky, but even if you’re camera-shy, they’re an absolute necessity for your press kit.  If you’re working with a label, they may subsidize a photo shoot with a professional photographer, which is the best way to guarantee you’ll end up with well-composed and useful band photographs. For some artists this isn’t an option though, and hiring a pro can seem like an unnecessary expenditure if you’ve got a friend with a decent eye and a DSLR. Either way, you’re going to want to make sure your photos satisfy these key  requirements:


Even within the confines of these requirements, there’s still a lot of room to be creative – just ensure your photo is saying what you want it to say about your band.

Of all the band photos I've encountered in my career, they typically fall into six general categories:

Here’s an example of a very straightforward photo for a band that I work with, Protomartyr. It’s hard to screw up a straight-on, eye-level Usual Suspects line-up, unless someone has their eyes closed or is picking their nose or something. This shot is effective, immediate and unfussy, just like Protomartyr’s music. 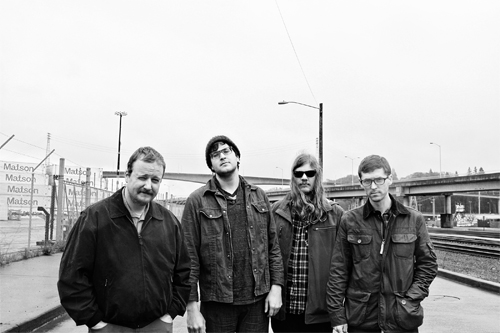 Seattle band Chastity Belt’s photo is instantly memorable, indicative of their sense of humor, and actually literalizes their band name in a strange and fun way. Buzzfeed actually ranked it number one on a list of “21 Painfully Awkward Band Photos.” (The other 20 were mostly “kitschy album covers from the past" that have been floating around on Tumblr forever, as The Stranger’s Emily Nokes pointed out.) Regardless of whether or not you like it, this is a band photo that makes a very strong first impression. 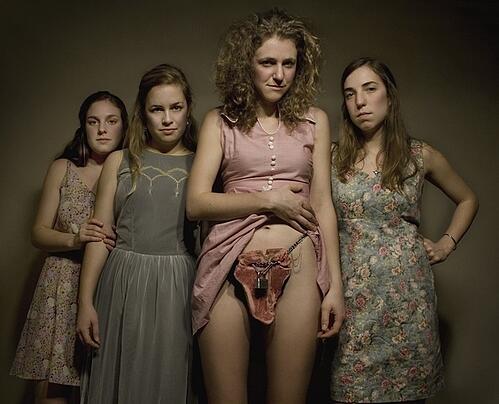 A “bad weird” band photo is one which struggles to elicit that same kind of strong impression, or is deliberately offbeat in a way that seems forced or inauthentic. Sometimes these photos are simply too ugly or strange for anyone to want to publish. There’s also a correlation between budget and weirdness to consider — the more money you have for a photographer, wardrobe, lighting and photo editing, the more likely you are to pull off something unusual or very stylized with your band photos. The less money you have, the more ludicrous or creepy you’re likely to appear – think: Hugh Jackman’s Wolverine in full movie regalia versus an out-of-shape cosplayer in yellow spandex. If money’s tight, err on the side of normality.

A “good ironic” photo is one that cheekily self-parodies the whole concept of band photos while still functioning as a workable band photo. Here’s one by a Hardly Art band called Grave Babies that I really dig (get it?): 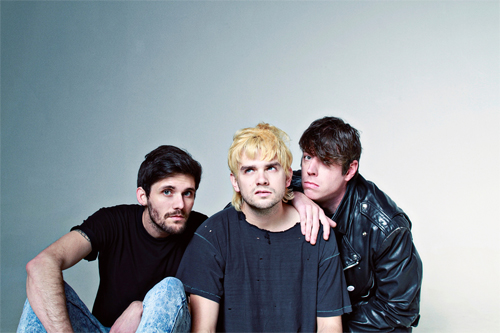 The lighting and staging suggest a mid-to-late-‘90s GAP ad, which is in keeping with the band’s overall aesthetic. The band members’ expressions communicate a certain level of self-awareness that they’re posing for a photograph, but it's subtle enough that you don’t feel condescended to when you look at it.

A “bad ironic” photo is one which seems to exhibit an inherent contempt for the concept of band photos. Make sure your expression isn’t one of “I’m so over this” boredom or embarrassment, and again: don’t dress or pose in a way that’s deliberately at odds with your band’s music or style and expect people to get the joke (i.e. a crust-punk band dressing like CEOs for a photo shoot in a condo lobby).

This one is pretty self-explanatory. Don’t overdo it! Be natural – don’t worry about striking a dramatic pose. When it comes to wardrobe and setting, stay grounded. Odds are you’re not Daft Punk and you can’t afford custom robot helmets and sequined Heidi Slimane dinner jackets, so don’t try to be. Wear what you’d wear onstage and be yourself.

Odds are one of these (good) band photo options appeals to you. All that’s left to do is link up with a talented friend or a locally-based photographer (which you can source from Flickr or Tumblr, or by checking the credits on band photos for other regionally-based acts) and make it happen. You no doubt spent a lot of time and effort making your music, so you should be sure to put your best foot forward when it comes to presenting your band visually.