What’s Really Behind a Five-Star Rating From Rolling Stone Magazine? 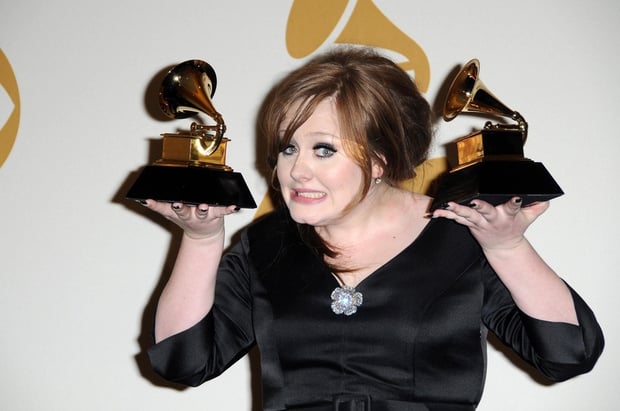 It's rare to see Rolling Stone give an album the highly coveted five-star merit. In fact, there were only three songs that were awarded the status in the '90s. However, when albums like Adele's 25 roll along and effortlessly receive the distinction, it begs the question: what are the qualifying factors that play into such highly esteemed reviews?

Keep in mind that Rolling Stone is not Billboard, so its value system for hip-hop and indie-pop music is virtually undetectable. Statistically speaking, Rolling Stone highly values the music of the '60s and '70s, going back to our country's roots music, and therefore, has unique deciding factors for album reviews. From pure research, outlining reviews throughout the decades and cross-tracing common traits the highest-rated albums share, I've compiled a list of the top five factors that earn the most stars.

Undoubtedly, this is the most highly sought after attribute that almost all the five-star albums I found possess. Especially for artists who have previously released a series of titles and LPs, Rolling Stone likes to see themes, messages, storylines, and a genuine progression of musical timelines. Adele's 21 introduced a woman who was struggling through romance, whereas 25 showcases a resolute woman (e.g., "even 'Hello' is a goodbye"). In a single album, they look for each song to carry a similar thread and have an unbreakable connection with the others.

An artist's intent is one of the truest glimpses into his or her soul. Rolling Stone slammed Justin Bieber for his lack of extended reach with Purpose. What they're looking for isn't just a targeted album at a specific demographic (in Bieber's case: female teenage fans), but a masterpiece that doesn't feel so specifically directed. While this album certainly displays continuity – and I applaud Bieber's attempt at expressing vulnerability – the album does hold a sense of Bieber-specific issues that aren't necessarily translated outside of the album's agenda.

Initially, I was actually surprised to see Rolling Stone give Sam Smith's In the Lonely Hour a three-star review. However, looking back to through qualifying factors historically exhibited, it makes sense. The writer praises the album's musical continuity with its yearning ode to the music itself, as Smith "reaches for his upper register with the same eagerness that he grasps for love." Yet, the album falls short by failing to breach the surface-level pain that Smith is so amazing at conveying, assisted by his producers "[giving him] a mostly blank canvas to showcase his vocals" atop. Rolling Stone looks for an artists' work to not only have a stamp of their fleeting passions, but to display an overall sense of who they are at their core. When the mask of pain and vulnerability is removed, what remains?

Rolling Stone is insistent about musical, technical, and emotional variety. Repetition and lack of growth/maturity are seen as a metaphorical barrage that only allows for a painfully small amount of musical progression to take place. Although Springsteen's archival release The Ties That Bind: The River Collection only received 4.5 stars, the "music isn't traditional – it searches for answers but knows its sound." Springsteen is adaptive and transformative, both aspects that enhance artistic clarity and realism by reminding audiences that the man behind the mic is still human.

The five-star Tempest from Bob Dylan also displays countless musical variations and is "full of curveballs." Yes, Bob Dylan is a master of lyrics, with too many metaphors and allegories to count, but the album itself demonstrates oppressiveness, guilt, social injustice, Irish jigs, blues choruses, and is "marinated in history," from the War of 1812 to the murder of John Lennon, as The New Yorker mentions. Rolling Stone incessantly values albums that point backward in time and pay homage to cultural and social happenings (with artists like Beck being praised for mastering pastiche).

The devil is in the details. If you read through the review of U2's five-star-rated No Line On The Horizon, you'll understand the nanoscale details the writer points out. We're talking production value here: from vocal register and timbre to frequency spectrum and aural tonality. When hard pressed to find flaws with the aforementioned factors, Rolling Stone brings out the microscope and inspects every element of an album's sound, down to the minute details.