When Did Auto-Tune Start to Develop a Bad Reputation? 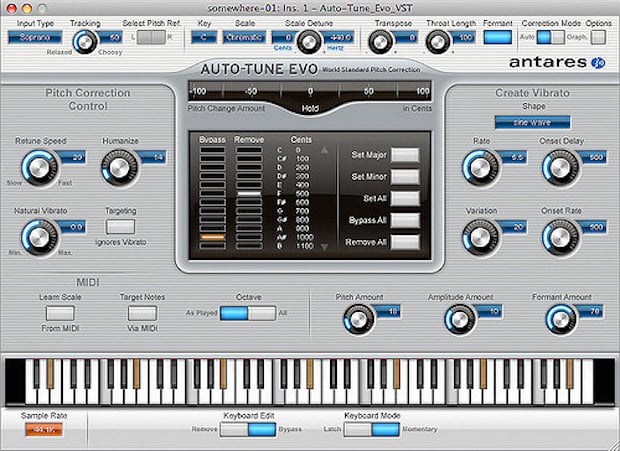 It has been deemed the death of "good" music, declared the reason why American culture has gone downhill, and called utterly inauthentic. I'm talking about Auto-Tune, the pitch-correction tool created by musician and geophysical scientist Dr. Andy Hildebrand in 1997.

Since its introduction, the plugin has been a standard, and in some cases, a necessity in recording studios, and has enabled hundreds of artists and producers alike to create new ways for music to be heard and enjoyed. But why are people so offended by a pitch correction software that's used both for what it was intended to be used for and also for novelty?

Public opinion of the software is pretty much summed up by the single sentence that T-Pain, a hip-hop artist known for indulging in Auto-Tune, says Usher directed at him: "Yo, you kind of fucked up music. Like, completely.”

While Auto-Tune has received its fair share of criticism, this single sentence is generally reflective of listeners' feelings toward modern pop music and its saturation with Auto-Tune. But these criticisms really fail to acknowledge how pitch correction can actually be used and its ability to allow artists from multiple different genres to experiment with different sounds. Harsh critiques fail to recognize how Auto-Tune has enabled evolution.

It’s not uncommon to hear Auto-Tune being used in a sentence with an insult, like in the video above. But contrary to popular belief, Auto-Tune was designed to be subtle and unnoticeable. Auto-Tune won't automatically make a song or singer fit any made-up melody; singers still need to have some ability to sing, and sing well.

And that's where the problem begins. Auto-Tune, in theory, can make anyone a "perfect pitch" singer. So yes, it's understandable that this ability and power can become an issue; music isn't then exclusive to people with "perfect pitch" talent or otherwise. By this line of logic, Auto-Tune then devalues actual talent. Other criticisms point out that because we have the power to now make all vocals flawless, we homogenize voices that may be perfect in all their imperfections. The fear is that we may lose interesting singers who aren't conventionally good singers.

But there are many producers, engineers, creators, and musicians who argue against all of these points. Auto-Tune has allowed for creative exploration since its early uses. Take Cher's "Believe," for example. Her pitch-corrected verses were unheard of at the time and are now iconic, to say the least. It's not as if other technologies, like record scratching, sampling, and 808s, haven't shaped the sounds of dozens of genres. So why is Auto-Tune any different?

Hildebrand argues that a vocalist using Auto-Tune properly – that is, using it for pitch correction – is no different than a musician investing in a high-end instrument that's easily tunable. Even the most talented singers need and use Auto-Tune or some other similar plugin on their voice.

Moral of the story here: it's silly to declare that music is "ruined" simply because a new technology has emerged and allows musicians explore a realm of possibilities. Music has to continually evolve, just like any other part of life. If it didn't, we'd still be listening to medieval chants and reading music off of lambskin – which is great and all, but you know, change is great, too.

How do you feel about Auto-Tune? Let us know in the comments below!