Why the '80s Were the Best Decade for Popular Music [Opinion] 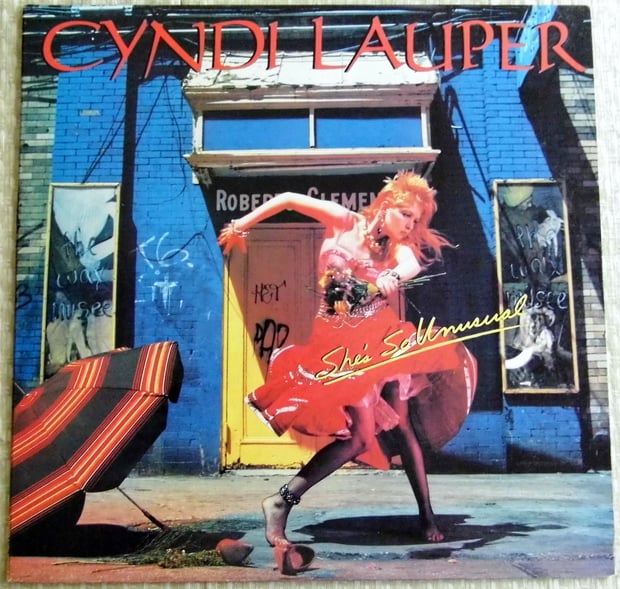 Just like it’s hard to have perspective on your own work, it’s also difficult to judge the era we’re in… until years or decades later. In the 1930s, did people realize that pretty much every car on the road would someday be deemed a classic? What are the chances that the Nissan Juke in your driveway will ever claim that status?

It’s just the same way with music. We have decades of popular music behind us now, but what bands, styles, or movements in the biz will have staying power?

One era that still rules the airwaves and live venues today: the 1980s. More than 26 years after the decade’s final day, clubs have '80s nights, satellite radio boasts '80s channels, and the FM dial offers tunes by Billy Joel, Huey Lewis, and A-Ha. Why does that material have so much staying power, drowning out the decades on either end? That’s simple: the 1980s were the best decade so far for popular music.

That might seem a bold statement, but I’m prepared to make my case. The burgeoning global music scene and wild imagination we all enjoyed during the Reagan years were driven, in part, by three factors: the political environment, the assimilation of divergent musical styles into the mainstream, and the rapid growth of technology in music.

Meanwhile, the era also benefited from established trends that would soon end: strong record labels that carefully vetted their artists and an unspoken but clear emphasis on talent and quality. This decade featured a convergence of several powerful cultural fronts, bringing about a storm of creativity.

Let’s start with the gadgets.

Groups like Pink Floyd played around with electronica in the early '70s, but in the '80s, this tech became readily available. For the first time, any teenager with babysitting money could go to the mall and buy a sampling keyboard with an onboard drum machine. Just like that, a huge barrier in the music business was removed, and anybody could track a hit.

At the same time, recording technology was improving, making larger orchestrations in pop more practical for moderate-budget records and allowing artists to realize any weird sound they could hear in their heads. When it came to singing, however, artists were on their own. There was no auto-tune – singers still had to sing, and all the digital reverb and slapback in the rack couldn’t change it. The best option was still to do take after take until you got a good one.

Furthermore, as computers and sequencers became standard equipment in studios, the benefits of electronic instrumentation were felt. ZZ Top’s Afterburner (1985) used the perfect time of a synth program to make their bluesy funk more danceable. Across the pond, synth bands like New Order and Depeche Mode used the perfect sheen of their keyboards and the march of their electronic drums to make statements about isolation and the pressures of conformist society (more on that later). And as these new tools became available, guitar rock was still alive and well.

With the growing global economy and the beginning of the information age, music of the world became increasingly easy to share – and increasingly difficult to suppress. Despite record labels and their attempts at regulating the taste of their fans, American music fans were listening to reggae, hip-hop, Latin music, and Afro-pop. New albums were dubbed onto cassettes and shared.

In the 1980s, for the first time, the average answer to the question of what music one preferred became “I like all kinds of music.” And that meant that the musicians of this generation were playing all kinds of music. Clinging to one genre had become uncool.

However, the USA doesn't own pop music. In the 1980s, the '60s were still being felt in many places around the world where outside music was less welcome. I visited the USSR in 1985, and the biggest band in the Republic was the Beatles. Vinyl records from British Invasion bands had finally reached everyday people – despite the best efforts of the Communist Party – through that country’s thriving black market.Around the world,

Around the world, music of the 1960s was seen as music of emancipation and experimentation, and by the '80s nearly everyone had access to it for the first time.

Climate change is a big deal, and if we all end up having to move into tunnels or onto space stations, a lot of great music will come from that. In the 1980s, the threat was much more immediate. An ICBM can fly from Moscow to Washington in less than 30 minutes, and that meant that in the 1980s, we were all 30 minutes from doom (as out politicians kept helpfully reminding us).

Being under threat all the time brings about strong emotions, and strong emotions inspire a lot of good music. Frankly, I’ll take Glasnost over the Cold War any day of the week… but the music hasn’t been the same since Gorbachev tore down the wall.

During much of the 1980s, the economy was booming, bringing newfound wealth to the middle class. Along with that, we got the term “yuppie” and an explosion of consumer goods. Regular folks were now expected to have piles of luxurious “stuff” and had the means to get it, even if a lot of those means were due to maxing out credit cards.

While young executives bought BMWs and bragged about monthly bonuses, artists sulked in the background, complaining that all this consumption was spiritually empty and leading to a high-stress, planet-destroying lifestyle.

Others pointed out that most of the wealth, as usual, was going to educated, middle-class white men, leaving women and people of color largely behind. This was a perfect environment for the establishment of a new music underground as a protest movement. And boy, did we get one.

Actually, we got several. Whole high schools were filled with kids wearing stonewashed jeans and Metallica jackets. Kids at track and field practice passed around tapes by Public Enemy and De La Soul. Weird, moody, and ambitious music all over the world fell under the new auspices of “alternative music.” Almost none of this stuff ever made it to mainstream radio; it was spread by mumbling late-night DJs on college stations, and by all those tape-dubbing kids in high schools all over the world.

Record labels were still strong and vetted their artists

However, the '80s were still largely ruled by the record label. This was a mixed blessing. On one hand, bands were signed to make money, and all those conversations by A&R people sitting around boardroom tables inevitably came down to whether the record would sell. On the other hand, A&R people still wanted to sign great artists. They wanted to find massive talents who would have massive careers, people who would change the music game.

When Epic Records released Living Colour's Vivid in 1988, they didn’t just know that they would make a splash by unleashing black rock on the world – they also knew those guys could really play. Most artists rejected by the labels weren’t good enough. Today, anybody with a guitar and a cell phone can get “signed” to YouTube… and that cuts both ways.

You probably know most or all of the artists I referenced in this article, but if you’re not sure about my overall point, take a trip through the internet. Search for '80s artists and listen to their recordings that you might have missed.

For example, Midnight Oil had one really big album in the US market, Diesel and Dust (1985), but they had four other albums during the decade that were just as good. What about the astonishing work done in the decade by Public Enemy, the Cocteau Twins, King’s X, or Kate Bush? You could spend your life deconstructing the music of the decade, and sooner or later you’d come around: the 1980s were the best decade so far in popular music.