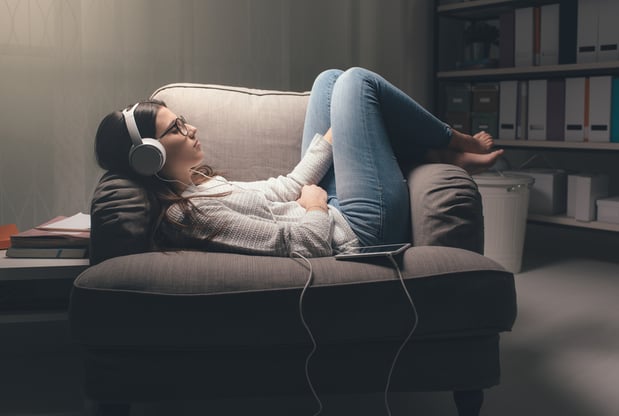 Let’s talk about something that a lot of musicians complain about whenever it is brought up – answering the “who do you sound like/what genre is your music?” question. Most artists hate it, and some even refuse to answer.

But here’s the thing we all need to remember: Saying who you sound like or labeling your sound is not defining who you are or what your music’s impact will be. It will, however, allow people to find you and feel that impact.

Think of your uniqueness as your product and comparisons to others as your marketing.

It’s not like you create detergent — a product where people often become loyal to one brand, as they only need one detergent. You’re creating a product that people consume openly as long as they are able to connect with it, no matter how many other musicians they already love and support.

It doesn’t hurt you to give potential fans reference points by aligning your music with similar artists or genres. Your own spin on a certain type of music will speak for itself.

You first need to give them a reason to hit play, and, unfortunately, we’re built to be weary of what we don’t know; it’s an animalistic instinct. While new is exciting, completely unknown is unsettling.

You’ll never see a movie trailer that doesn’t mention, “From the producers who brought you…” or, “Starring [name of actor who has had success in something else]” or, “The studio that created…”

If you saw a trailer that boasted, “90 minutes of something unlike you’ve ever seen before with no one you’ll recognize, and there’s no way to describe to you what to expect,” there’s a great chance you’d stay home to binge that season of Friends you’ve seen four times already.

The Guardian reported last year that 79% of 13- to 32-year-olds said their tastes didn’t fall into one specific music genre. In the playlist era, while collections can be categorized by themes or moods and mainstream genre-bending is possibly erasing genres altogether, music charts and streaming platforms still categorize music into specific genres and sub-genres.

As many artists are more frequently going the singles route rather than releasing full albums, it’s possible to release music that crosses many genres and singles no longer need to be categorized altogether to fit into one box. While one single can lean more pop, the next one may lean more punk-rock, with your signature, unique message and style tying them effectively into a brand that’s 100% you.

But, there is a right and a wrong way to do it. Here’s how to do it effectively, without losing yourself in the process.

Shout out your inspiration

Think about your influences in a fun, thought-provoking way. Now that Instagram allows hashtags and handles in the bio section, you can open your profile up to more people by showing up in more searches.

For example, if your new single is difficult to pair down but you were clearly influenced by certain artists who came before you, you could say something to the effect of, “#pop meets #punk at the corner of @arianagrande ave. & @falloutboy blvd.”

You’re not claiming to be the “next” anyone, you’re still you. You’re simply giving credit where credit is due and owning your new take on your inspirations. Potential fans can immediately see who inspires your sound, and it immediately paints a picture of what to expect when they follow or stream.

Your music may blend many different sounds together, but there’s always a nucleus. Did you start with a heavy baseline that anchors it more to “nu metal” a la Linkin Park? Or did you write around a soaring piano melody that leans more singer-songwriter a la Sara Bareilles?

Identify the anchor sound and then start there. You can always choose additional sub-genres and market your music on socials with additional hashtags. Again, getting people to listen and finding the right audience is the first step in allowing your music to “speak for itself.”

Include your fans in the process

If you’re too close to the song to choose the dominant sound, ask your superfans for their feedback. They’re the one who you want to connect with, so get to know how they would categorize your sound.

Or, to make it more fun, ask your fans who they would put you on tour with or create a playlist that incorporates other people’s music that they’d pair with your latest single and then look at the genres those artists are using when marketing their music.

Saying, “It’s like nothing you’ve ever heard before” is not only off-putting (like inviting someone into a dark room), but it also sets your bar unrealistically high and leaves your fans confused as how to best recommend you to their friends.

Part of your job as a musician is to educate your fans on how to be good fans. That involves giving them the right words to use when sharing your music with their communities. The less guesswork there is for them the more likely they are to take action.

How do you feel about the genre game? Are genres on their way out or simply in need of a reorganization? Tell us in the comments below!