Why Won't Music Supervisors Listen to My Music? 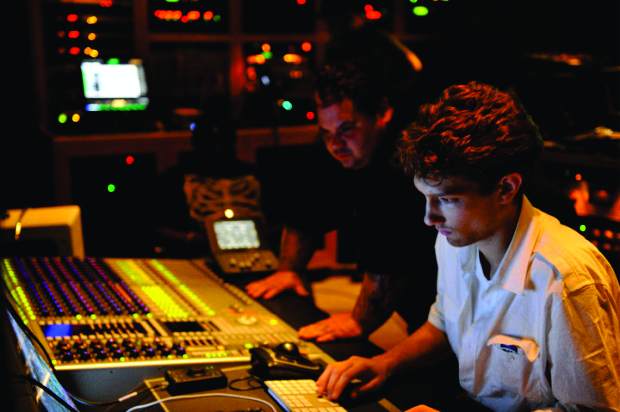 Picture this: you're a music supervisor. Your job is to quickly find and secure great music that perfectly fits visual scenes on TV shows, films, software, and advertisements. You go to many pitch sessions every day where you watch scenes and listen as directors tell you what they're imagining for each scene. There may be temp tracks that the director has been working with during the shooting and editing process that they want to stay close to, or maybe there's a blank slate and you have to find an amazing piece of music that will encapsulate the feel the director is trying to capture. And, oh yeah, the director wants the music right now. And you're working on a tight budget.

As a music supervisor, you're constantly on the lookout for great new music that you can add to your hard drive. So why don't you want to hear from my band? I sent you an email a few weeks ago with an MP3 attached of our latest single, so why haven't I heard back from you? Let's take a step back to understand why music supervisors (which we'll refer to as MS in this article) aren't always that excited to listen to your music.

When a music supervisor pitches a song, the implicit understanding with the project's director is that the song must be available immediately and within budget. The last thing an MS wants to do is pitch a song and then two weeks later, when he or she wasn’t able to get a synchronization agreement signed by the composer, have to pull the song and begin the search again. Maybe the MS couldn't get a sync agreement signed because the composer wouldn't agree to the sync fee being offered. Or maybe the composer thinks the diaper commercial the song will be used in isn't the right image for the composition. Or maybe other musicians on the song wouldn't sign work-for-hire agreements, giving clear ownership to the composer. Or maybe the MS couldn't track down the artist who's now on tour for the next few weeks. Or maybe the composer just hasn't gotten back to the MS in a timely manner.

Get the picture? Getting a song "cleared," as it's called in the biz, is no easy feat. Sadly, many (if not most) musicians don't really understand the music business, which gives all musicians a bad reputation and makes it harder for the rest of us.

So how do you get heard?

Music supervisors get dozens of unsolicited emails from artists every day, but is there anything you can do to get your music heard? Well, here are some tips.

1. Do some research on the music supervisor first

That's right, we're talking homework. Research the projects that an MS has worked on and find potential music supervisors who seem to be placing music similar to yours. If an MS primarily works on big, multi-million dollar projects with big music budgets, just keep in mind that you'll be competing with a higher level of songs, so maybe set your sights a bit lower to start.

Some music supervisors are old school and like CDs, some like USB thumb drives, some like links to SoundCloud, iTunes, or Sonicbids. Most don't like email attachments unless they specifically ask for them because they just junk up their inboxes. If you're not sure, start with an easy-to-use link to your most appropriate songs.

3. Have your paperwork in place

If your song has more than one songwriter, you should have split sheets for each of your songs. (These are one-page agreements between you and your fellow writers stating the percentage of song ownership.) And if you have musicians who played on each song, then you should have work-for-hire agreements for each song. (These are one-page agreements between you and the musicians who played on your song, stating that they were paid for their contribution and that they give up all claim to copyright on the song.)

[Who Owns Your Songs? A Guide to Publishing Split Sheets]

When you do write to an MS, think about what he or she wants to hear. An MS cares less about what guitar you played on your fourth album and more about whether you have full control of the copyright and master recordings and can sign sync agreements quickly.

Music supervisors are super busy, and if you're fortunate enough to get a nibble, be sure to respond back quickly. If you don't hear anything, keep trying. You don’t have to be rude, but it's possible that another email will get their attention, so don't give up too easily.

Remember, music supervisors are busy people who get bombarded by a ton of requests every day to read and listen and pitch. Anything you can do to stand out from the crowd is going to give you a better chance of having your music heard. And even if you do get a listen, they're probably not going to write back to you with long essays on how much they liked your music, so writing to them asking for feedback is just going to show how much you don't understand their job.

Learn more about who music supervisors are, what they do, and how to approach them: