4 Rules for Presenting Your Songs to Music Supervisors 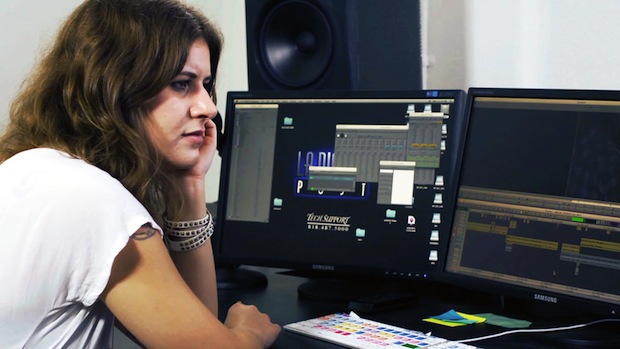 In part one of this article, we talked about what music supervisors do and the four things they look for when placing a song on TV or in film. But equally as important as the song itself is the way you present the song to music supervisors. Here are four rules to follow if you want a real shot at getting your music licensed:

If you’re sending your music out, submit your three best songs that you want to showcase, and lead with your strongest ones. I don’t recommend submitting multiple albums because too many songs create a lot of clutter, and your hits get lost. Music supervisors won’t have time to listen to a whole album. Most of the time, you get a shot at 15 seconds for a few songs.

Also, bear in mind that you’re trying to sell a song, not your entire library. There is a saying that 99% of a musician’s income comes from 1% of his or her songs. So if you have a hit single you’re trying to push for licensing, find a lot of good outlets for that one particular song rather than a few outlets for your whole album.

You don’t need to showcase your versatility. Again, you’re not submitting your entire library. Separate out your latest folk songs from that old EDM album you made. You want to present yourself as a specialist in one style. That way, you can hone your craft in a certain area and can become a music supervisor’s go-to pick for that particular style. Still write all of the songs you want, but don’t necessarily bundle them together if they don’t fit.

3. Always have an instrumental version of your song ready

This is a big one. It’s tough to place songs line-for-line, especially if there’s a narrator or dialogue. Music editors can have the songs dip in and out of the vocals if need be, but we’ve had to skip out on a lot of songs because there were not instrumental copies available.

4. Be polite, be cool, be convenient

Basic stuff. Keep up with your emails and be courteous to anyone you’re reaching out to. Try to get them your songs in a way that’s most convenient for them. Do you have a long pitch on your Sonicbids page? Are you filling inboxes with your newsletters and tour dates? Those may have their place, but if you’re trying to get your music licensed, you don’t need to do that. It doesn’t sound genuine, it’s not to the point, and it can feel like spam mail. Instead, try something simple and direct like this:

I’m a huge fan of [name of TV show with compliment tied in]! Here are a few of my latest tracks from our [style] album, [album title], that I think would be great for the show. [Provide download links to the tracks and a link to your website]

Now that you know the basic rules, go out there and try to get your songs on some screens! Sync licenses are a great way to jumpstart your music career.