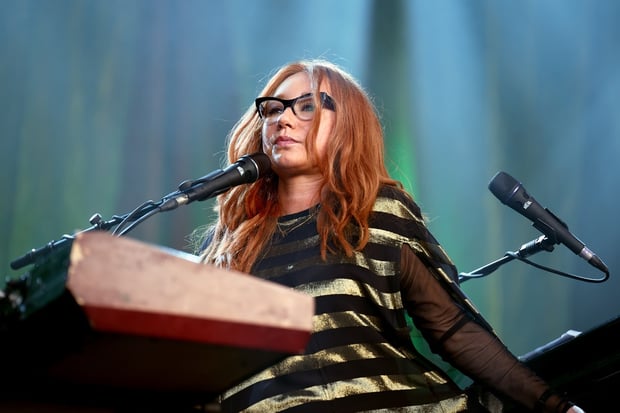 If you’re a Spotify user, you’ve probably noticed that the service has started sharing versions of certain albums labeled as "commentary." If you haven’t yet given any of those a try, it might be worth listening, as this is a promotional tool that could be helpful to you as an artist.

These commentary albums are where the musicians talk about their work, which is usually really interesting. On Spotify, they're typically very short segments that allow the artist to discuss the inspiration behind the songs on the album, why they placed them where they did on the record, how those pieces of work have changed their lives, and so on. Commentary companions are picking up on Spotify and becoming more popular, and there's no reason why you shouldn’t make your own.

There are many ways to create this kind of associated project, and in the end, you shouldn’t worry too much about choosing the "right" way to make commentary about your music, so long as you actually do it and put it out into the world for your fans to absorb. If you’re more visually inclined, feel free to record a vlog and post it on YouTube. The final edit can be one long stretch of chat about the songs on your new album, or you can post separate clips for every song, depending on what feels right once you’ve finished recording.

If you want to mimic what Spotify is doing, that shouldn’t be too difficult either, though it might cost you a few dollars. You can sit in front of a microphone and discuss whatever you find most interesting about your new music, making a shortened audio album. Actually creating this won’t be difficult or costly, but you’ll likely want to use a service that sends your recording to the service to get it in the right place, and those typically charge per release.

If you wanted to go the audio-only route, but you don’t feel the need to pay to put it up on Spotify and other streaming services, that’s fine as well. You can still record your feelings on your works and put the results on SoundCloud or even on YouTube with a picture of you, your band, or even better, the album, as a backing image. It might not look as "official" as posting your thoughts on Spotify alongside the new album, but your true fans (who are the ones most likely to listen to this anyway) probably won’t be too worried about where it is hosted.

Creating commentary also doesn't need to be limited to just new albums. Anytime you’re about to release something new, think about whether this ancillary content might be a good fit. Is there enough to discuss the concept of a music video? Perhaps your new single has an amazing backstory you feel compelled to share? This might not be appropriate for every little thing you send out into the world, but if you have a lot to say, at least some of your fans want to hear it!

One of the many upsides to creating commentary around your new piece of work is that it doesn’t have to cost you a dime. Unlike recording music in a studio or filming a music video, this is a project that won’t take a long time to create, and it is 100 percent free. Not only that, but these recordings can actually bring in some cash – though don’t expect too much. Some of the 30-second clips featured on the commentary album that goes alongside Meghan Trainor’s Title have over 1.2 million plays. Assuming an average payout of around $0.007 per play, that clip that is less than a minute long may have earned her around $8,000, and that’s just one track. You probably won’t bring in that kind of cash as an indie artist, but isn’t it worth trying?

Any content is valuable, and these commentaries can be especially important to you and your fans. There are those who always want more, and this is just another way to give it to them. These videos/audio files are great to share on social media (where you’re always looking for things to promote), and they can be kept around for quite some time. As new people discover your music, let them hear the backstories as they become real fans.

Also, this sort of content is great to have around just in case any bloggers or writers become especially interested in you. If you happen to land an interview with someone, feel free to send them a link to the clip where you talk at great length about the music video you’ll be discussing, or the Spotify page where they can stream your opinions on the new album that’s coming out soon. They might not get around to hitting play, but you’ll look like you really have your shit together just by forwarding them the link.

If the idea of creating some form of commentary content has never even crossed your mind, that’s completely fine – it's a relatively new trend. But now that you know about it, perhaps it’s time to start delving into your work and explaining to your fans what makes these songs such great works of art.