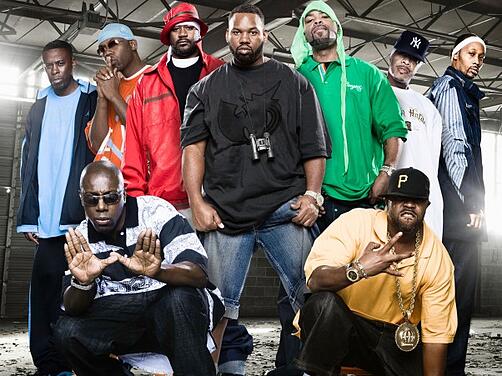 There is a small coterie of artists in the upper echelons of their fields who can get away with pretty much anything. Radiohead has their “pay what you want” structure for selling albums. Louis CK releases his own specials through his website for $5. And now Wu-Tang Clan has joined the list with their own unique sales scheme: they’ve recorded an album, Once Upon a Time in Shaolin, in secret, and pressed only one copy. They plan to tour it through museums and galleries before auctioning it off, delivering it to the highest bidder in “a silver and nickel box crafted by British-Moroccan artist Yahya,” according to Forbes, who predicts the album will sell for millions.

This marketing ploy has certainly garnered Wu-Tang a lot of attention, but it’s hard to imagine the move is going over well with fans. Unlike Radiohead and Louis CK, whose business practices have made their works more readily available to more people through convenience and low cost, Wu-Tang’s plan to trot Shaolin around the globe in the manner of a famous painting is rather radically exclusive.

In an effort to liberate the album from silver-encased obscurity in the collection of some anonymous wealthy person, some of Wu-Tang’s fans have launched a Kickstarter with the goal of raising $5 million to bid on the album. If they win, they plan to share digital copies of it with all those who contributed to the fund. And while the pitch on the Kickstarter page is notably lacking in righteous anger at the band, it’s difficult to imagine that the folks who have been buying Wu-Tang albums and tickets since Enter the Wu-Tang dropped in ’93 aren’t alienated by the exclusivity of Shaolin.

In speaking with Forbes about the album, RZA said, “This is like somebody having the scepter of an Egyptian king.” And Wu-Tang is certainly hip-hop royalty. In a genre that of late has been quite concerned with high culture — from Yeezy’s forays into fashion to Jay-Z rapping about Art Basel — this stunt seems in keeping with the times. But for any band that doesn’t share Wu-Tang’s cultural-critical cache, their tactics are a laundry list of what not to do.

Yes, the Shaolin scheme is innovative. Yes, it’s gotten the band a lot of buzz, in no small part because of the class lines it highlights. Few people have spoken about them explicitly, but they color most discussions on the topic, from Kickstarter founder Russell Meyer’s assertion that “we don’t want some guy in Dubai who literally has money to burn to buy it as a collector item that only six people will get to listen to,” to the fact that RZA compared the record to an Egyptian scepter. But without the massive cred that Wu-Tang has accumulated over the last two decades, it would be a disaster.

The best thing that just about any band less famous than Wu-Tang Clan can do is be accessible to their fans, in every sense of the word, but especially in the sense of making it simple and cost-effective to listen to their music. High-concept marketing strategies don’t look good on artists who are still on their way to making it — they smack of pretention and grandiosity. There is no magic marketing bullet that will bring your band any lasting success. Just the tried and true checkpoints of life as a musician trying to make it: playing lots of shows, getting to know your fans, writing better and better music, and building slowly. If you want to enjoy the attention and sales that accompany an innovative marketing campaign, you have to earn it first.