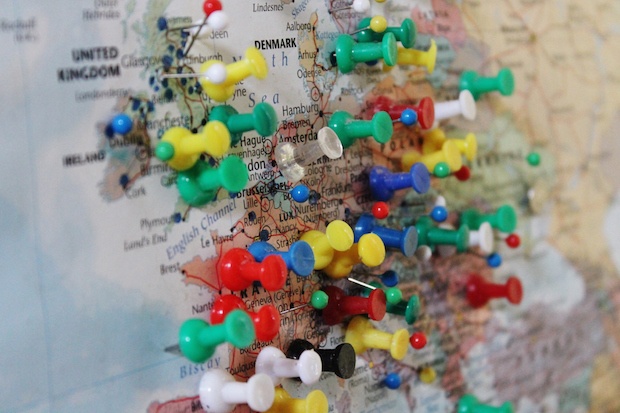 From Gershwin to the Beach Boys to Metallica to Beyoncé, the United States has been a center for some awesome music. Our tunes reach far beyond our own borders; American artists are popular all over the world.

But much like our food, cities, and culture, American music is an active member of our melting-pot culture. It's hard to claim that American musicians aren't influenced, to some degree, by what's going on in the world.

For decades, our friends across the pond have had a massive hand in influencing and even creating American music movements and genres. Check out these three European music scenes throughout history that have influenced American music in a major way.

1. Dvořák and the New World 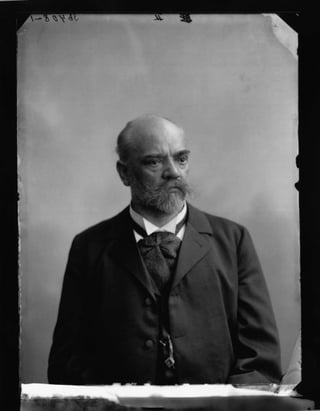 When we think of music "scenes," orchestral music might not be the first scene to come to mind. But in the late 19th century, Antonin Dvořák arrived in America and would soon compose one of the most played symphonies and pave a massive path for future American music.

A native Czech, Dvořák was lured to the United States in 1892 by Jeannette Meyer Thurber, who was on the search for a director for the National Conservatory of Music, a school she had founded in New York City. While the school was located in the United States, Americans failed to jump at the opportunity, as classical music in the States was still in its infancy during that time.

However, Dvořák was thrilled by the possibilities of composition in America:

"I am convinced that the future music of this country must be founded on what are called Negro melodies. These can be the foundation of a serious and original school of composition, to be developed in the United States. These beautiful and varied themes are the product of the soil. They are the folk songs of America and your composers must turn to them."

Dvořák found himself both curious of what America had to offer and homesick for his Bohemian Czech life. He eventually moved to Spillville, IA, a colony thickly inhabited by Czech immigrants. While the native music of the United States greatly interested the composer, the land also inspired him. The plains of Iowa were a point of influence for his work.

Dvořák's enthusiasm for spirituals, folk songs, and sceneries of America continued to grow and eventually spun together to form his famed symphony, Symphony No. 9 in E minor, Opus 95, from the New World.

After his time in America, Dvořák left behind a legacy: he managed to debut and convey American music to the world. The New World Symphony not only launched an interest in American music, art, and culture, but also created the foundation for American music altogether.

To this day, the majority of popular music like, soul, rap, jazz, blues, and American symphonic music have their roots deeply embedded in spirituals. Even as a teacher, Dvořák's influence would later be heard in the music of the quintessential American composers like Copland, Gershwin, and Ellington.

So, in short: Antonin Dvořák basically started the symphonic movement in the United States. No big deal. 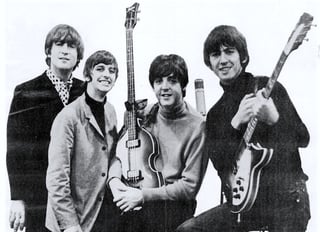 You really can't skip the British Invasion when talking about American music scenes. The British Invasion was one of the most notable movements in American popular music history. The popularity of British rock bands in the States had a profound effect on culture and music that would influence generations of music to follow.

While the rock scene of the United States really began to develop and grow after the arrival of British bands, the interest of American blues and rock became popular among British musicians in the late 1950s. Across the pond, Brits attempted to replicate the sounds and the image of American musicians, but these early pursuits were not entirely successful.

While other bands had some success in replicating, it wasn't until the Beatles gained a frenzy of recognition in the UK and sparked major media interest, eventually leading to their arrival in the United States. Beatlemania struck America like lightning, and British rock 'n' roll exploded.

While the massive music movement was led by the Beatles, many other British rock bands played a large role in the Invasion as well. We cannot leave out the Rolling Stones, the Who, and the Kinks.

The insane popularity of British rock was aided in part by its effect on American optimism following the assassination of President Kennedy, but it also ended the consistent stream of American novelty songs and established individualistic songwriting in young people. The movement gave rise to the singer-songwriter rock group centered on guitars and drumming – a genre that revolutionized American music.

The effects of the British Invasion reached farther than the UK and the US; it gave movement to rock 'n' roll and internationalized production of the genre, changing the role of rock 'n' roll entirely.

The British Invasion gave rise to what American music is known for today: a rich history of political, emotional, and poetic rock music. It's hard to deny the influence these British bands had on musicians in the past, but it is incredible that in 2016, we can still hear their influence today. The bands of the British Invasion created what we know as American popular music, and will continue to influence generations to come. 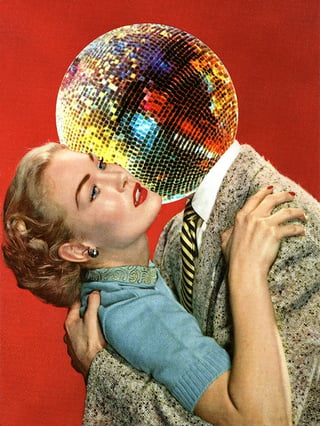 Disco in the United States was pretty hated. I mean, there was a whole night dedicated to literally destroying disco records in a massive fire. I don't know what genre has been that hated since.

But disco didn't just randomly happen in America – the root of the disco dance club actually came from France. (So if you're a disco hater, I guess you came blame the entire country of France for it.)

While the emergence of the disco genre in the United States occurred in the late 1960s and early 1970s, the concept of dancing to spinning records in an underground club was not foreign to other countries. The discothèque, meaning a "library of phonograph records," first appeared in Paris during the 1940s.

Discothèques were an underground mecca in which no live music was performed. The idea of the discothèque sparked the creations of disco clubs in the United States in the late 1960s. The clubs facilitated an escape where marginalized minority communities could dance, sedate themselves, and express their sexuality.

The French discothèque paved the way for a music scene that welcomed sequins, hairspray, and the marginalized unlike any other. The establishment of discothèques like Arthur and The Church in 1969 in New York’s Theater District was a historic moment for the genre and perpetuated a music scene that changed the role of recorded music. Without the influence of the French club, disco may not have seen another crucial aspect of disco aesthetic: the disc jockey.

Whether you like the genre or not, disco further influenced American dance music, hip-hop, future electronic music, and a plethora of technological inventions (ahem, the 12-inch single!). If it weren't for disco, American music probably wouldn't be using sampling as an art form, and we might not have ever heard the genius of Daft Punk. So, yes, a despised genre was responsible for so many great developments in American music, and no one can be mad about that!