<iframe src="//www.googletagmanager.com/ns.html?id=GTM-TMFBBP" height="0" width="0" style="display:none;visibility:hidden"> 8 of the Highest Paying Jobs in the Music Industry in 2016 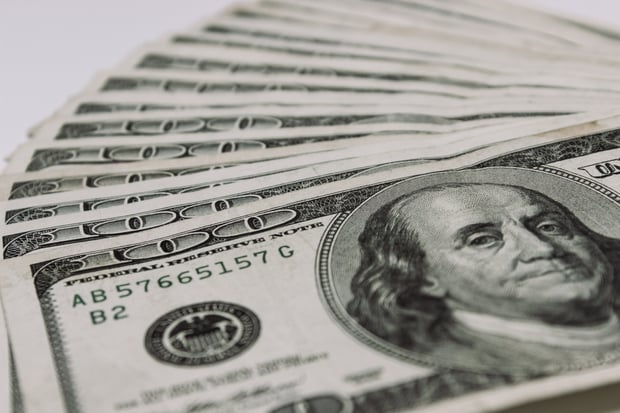 Photo by Andrew Pons via stocksnap.io

It can be difficult to make a decent living in the music industry... if you're in the wrong field! How reasonable a career in music is depends entirely on which part of the industry you're devoting your time to. Below, we break down the numbers from Berklee College of Music's 2016 report on the salary ranges of music industry jobs, which you can read in full here. It contains all the hard data on a wide variety of jobs in the music industry, and features helpful comments on most of the jobs as well. Read on to discover eight of the highest paying jobs in the music industry right now.

A career as an orchestral musician isn't an easy one, but done right, it can yield a great salary. The biggest factor in your pay as an orchestral musician is what orchestra you're playing with. Playing with a full-time orchestra, with a season of about 40 weeks, a member of the Alabama Symphony earns about $37,000 a year. A member of the Boston Symphony Orchestra earns about $132,000 a year. A variety of factors play into the payout from different orchestras, including the cost of living in the area in which the job is located.

The job market for orchestral musicians is extremely competitive. The members of the orchestras have often held their respective job title for many years and are some of the best classically trained musicians in the world. If you can make it, this is a great career to be in!

Video game audio is a large and very promising industry to be involved in. Video game sound designers provide detailed plans of how the performance’s sound will occur, and often create voice and sound effects that integrate into the game as well. Titles like this one, as well as a director of audio or audio tool developer, can all earn well above $100,000 annually. Other lucrative positions within the video game audio industry include recording and mix engineers, and even score composers.

If you're just starting out, try to get into a studio as an assistant. Do whatever you can to keep learning and build your resume, and more importantly, your skill set. As you get more successful, you'll find that there's no limit to what a recording engineer can make on a job. As your reputability slowly increases, so will your salary!

Music therapy is an exciting field that's pretty much exactly what it sounds like. Therapists use music in settings such as nursing homes, preschools, and prisons to help patients work through issues, or simply promote well-being. A job as a music therapist requires completion of clearly defined academic qualifications, including completion of the American Music Therapy Association academic program.

Once you're in the field, most jobs start at around $25,000 a year, and can get up to over $100,000 a year. Not bad for the opportunity to make a positive difference in people lives every day with music, coupled with the job security of a therapist career.

Back to the wild stuff, being a road manager is another lucrative career in the music industry. Road managers go on tour with touring acts and make sure everything goes according to plan. This is no easy feat, as the act of organizing and scheduling musicians is often referred to using the expression "herding cats." A road manager can expect to work with travel plans, tour budgeting, merchandise sales, fan interaction, and press requests. In addition, the tour manger will \ enforce contract rider requirements, and involve themselves with sound systems and lighting setups with the venue.

While no set salary exists and all deals are individually negotiated, managers of smaller tours can receive about $30,000, whereas the biggest tours may pay their managers upwards of $125,000.

A booking agent is a professional who secures engagements for musical groups. There's no formal education required for becoming a booking agent. You've got to know what you're doing, as booking can be a very high-pressure job, but everything you need to know you learn yourself on the job. The position is achieved by slowly building relationships with talent buyers, promoters, festival organizers, venue owners, and performing arts centers.

Typically, booking agents are paid on commission, usually 10-20 percent of the act's gross income per show. This can lead to a variety of annual salaries based on the level of the act, with some agents earning millions of dollars a year.

A career as a session musician can be one of the most lucrative careers in the industry, although, like many others, its pay range varies greatly. Much like a career as an orchestral musician, perfection is mandatory as a studio musician. This field is incredibly competitive and features some of the best musicians in the world for their instrument. Practice long and hard, and be sure to build up your resume if you're looking for a sustainable career as a session musician.

[How to Get Hired as a Session Musician]

Probably the furthest removed from any musicality, but certainly one of the most lucrative careers in music, music attorneys can make a lot of money. Just like any attorney, you'll need to go to law school and receive the proper certification. Once you're officially licensed, you can expect to make about $70,000 annually and work your way up from there. Some salaries rise well above the $150,000 mark. If you're interested in evaluating legal issues, particularly those concerning copyright, trademark, and contract negotiation, a career as a music attorney might just be right for you!