Why Musicians Should Pay Attention to Chinese Social Media 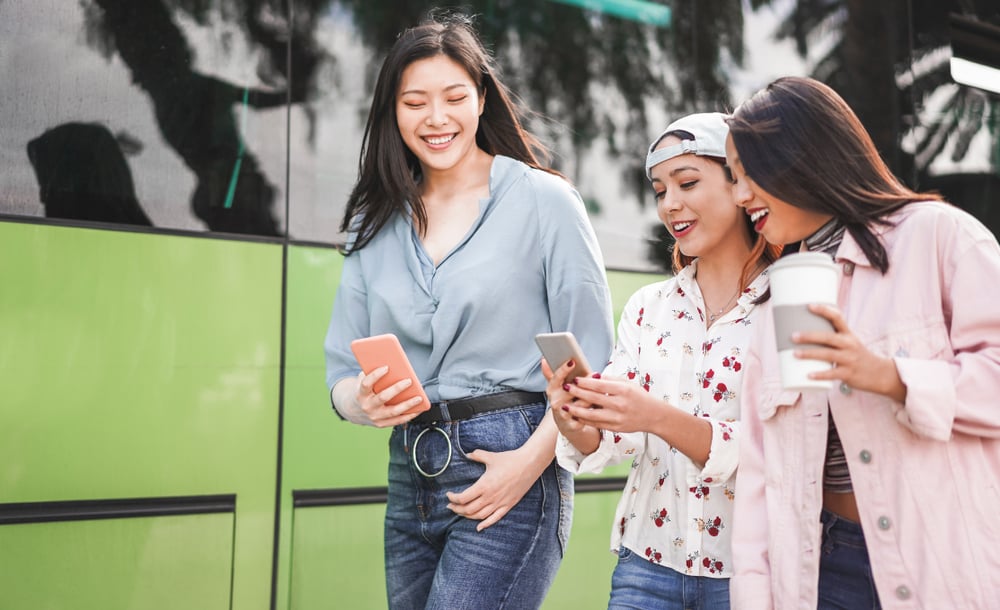 What were you doing right before you clicked this article? Were you scrolling Facebook? Checking your story views on Instagram? Imagine if those options didn’t exist for you — if instead, they were replaced by a totally different social media platform.

Most of us like to complain about social media and the influence it has over our day to day life and overall happiness and the truth is, there’s some validity to those arguments. But what if we no longer had the choice to use those platforms? It would be kind of weird right? Especially when you consider how big a role it plays in the building of our music careers.

After all, social media accounts for such a huge percentage of how our careers grow and the opportunities we’re presented — we build our fanbases there and depending on that growth, we see opportunities like festival gigs, licensing, maybe even label and management deals. I don’t need to tell you this but, social media is a pretty crucial piece of the puzzle.

So don’t worry, I’m not about to break the news that social media is disappearing. In fact, I’m here to talk about something totally new, that most of us have no idea about — despite it being a major player in the music industry.

You read that right.

Most of us know about TikTok, which was launched by a Chinese developer, for markets outside China, but what many of us don't know is how incredibly immersive and burgeoning Chinese social media really is.

With a whole slew of their own platforms, from the more well known like WeChat (often compared to Facebook but really, several apps rolled into one, including a way to share photos, and make payments as well as an instant message) to Sina Weibo (Twitter of China), DouYin (TikTok) and more, there are over 674 million social media users in China — this actually makes China the biggest social media market in the world. Well over North America's 268 million users. Couple that with China being the #10 largest music market in the world, and you start to wonder — how can we tap into that?

East Goes Global chimes in, “Today, with the recent success of anti-piracy laws, the growth of revenue from streaming services, and the increased focus and role that social media plays in artists' global success, the stage is perfectly set for global opportunity.”

Currently the only company that develops U.S. artists in China on social media, EGG already works with some pretty major artists like Will Smith, YUNG BLUD, Clairo, Bobby Burke. And since Facebook, Instagram, and other social media are all banned in China, being able to reach that audience requires a host of knowledge that, let’s be honest, most of us don’t have. But that doesn’t mean it isn’t important.

But let’s back up for a moment. Why is this the case? While some trace the Facebook ban back to riots that broke out in July of 2009 between Muslim Uighurs and Han Chinese in the province of Xinjiang, no one is 100% positive. But there are some other guesses, including the strategy to it all, which is, of course, to keep western social out, which allows Chinese tech companies to develop their own networks. Naturally, they've done this in spades and to great success. And of course, there’s the censorship issue. But that’s a story for another time.

Still, all of this spells opportunity for emerging artists—if they know how to utilize it correctly. In fact, it could mean opening yourself up to hundreds of millions of new users.

So how can musicians start developing their music and brand in China?

The simplest way to put it is this: if you can get even a tiny percentage of the Chinese market interested in whatever you’re doing, it can have a massive impact on your career. It’s a totally different market that doesn’t operate in the same way the North American markets do. So if you can tap into it, you’re in a really, really good place for serious skyrocketing of your career. And sites like Sina Weibo, with over 430 million active users a month (compared to Twitter’s 326 million) are just one of the best ways to gain a mass audience.

That’s where companies like East Goes Global come in — helping artists unfamiliar with the Chinese social media territory develop brands in China, taking care of everything from content calendars to monthly reporting, subtitling, influencer marketing and more. Basically, they get you set up and in front of fans, and you don’t have to worry about navigating any of it.

No matter how you look at it, getting to know, and getting involved in, China’s ever-growing, thriving social media and music industry market is one of those opportunities that practically screams to be utilized. With such an excited, anxiously anticipating audience, it’s kind of a no brainer — you’ve got to get in there, and get in there soon.

We’re just getting started! If you’re looking for more tips on increasing fan engagement then join me for my free Masterclass ‘How to gain your next 1,000 fans. 3 simple steps that lead to higher engagement, sold-out shows, and life-changing opportunities.’

Angela Mastrogiacomo is the founder and CEO of Muddy Paw PR, where her artists have seen placements on Alternative Press, Noisey, Substream, Spotify and more. She loves baked goods, a good book, and hanging with her dog Sawyer.