10 Traits That Prove You Were Born to Be a Musician 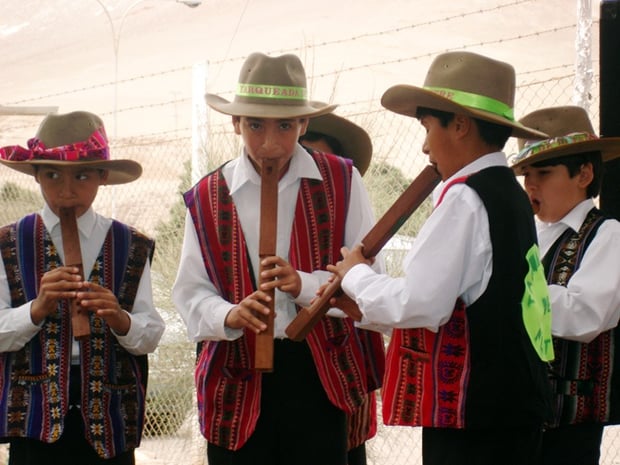 It's not a secret that musician brains are a little different from "normal" brains. As with any skill or profession, most of it can be learned, but certain things that you need to be a good musician come from nature, not nurture.

Do you show the symptoms of musicianship? Here are 10 established correlations.

That door in your apartment that’s nailed shut? You’ve got to know what’s behind it. That trail through the woods that you see when you’re riding the bus? Sooner or later, you’ll get off a stop early to explore it. What happens when you put a bunch of big ball bearings on piano strings? You’re just the person to find out. Curiosity, exploration, and experimentation are bread and butter for musicians.

2. You're not slowed down by rejection

Like salespeople, musicians have to hear “no” on a regular basis. No matter how great your act is, it won’t be right for every gig or every venue. No matter how talented you are, you’ll lose opportunities to someone who got there just a little sooner, someone who knows someone, or someone who sounds a little bit more like that club owner’s favorite artist. Although these rejections always sting, they also don’t deter you. You believe in your own voice and will keep working until it’s heard.

3. You have systems and rules for yourself and your surroundings

If musicians have a hard time accepting external structures, we tend to be eager to impose rules and restrictions of our own making. Musicians know intuitively what the right thing is. We're likely to have strong opinions about domestic issues like dishwashing, laundry, and home organization.

A musician might have a no-eating rule in his or her car, or insist that all T-shirts have to be hung up rather than folded. This sense of correct practice is what builds the conventions and habits that form an artist's personal style.

4. You're reasonable in your dealings with others

Musicianship takes a lot of teamwork. You collaborate with bandmates, session players, studio staff, live sound techs, and (of course) your audience. You might be the brightest light in the room, but it’s highly unlikely that you’re the biggest diva.

If someone has unreasonable expectations or inflexible demands, it’s not you. Whether this skill is learned through your art, or whether your natural talents led you to become a performer, you’re always more likely to be peacemaker and negotiator than an instigator.

5. You don't stay down for long

Ever work in the studio all day and hate the result? Ever lose a bandmate right before a series of shows? If you tackle anything passionately, you’ll have lots of little triumphs and little disappointments along the way. But if you’re moping on Monday, you’ll be back in the studio or on the stage on Tuesday. You don’t let a bad mood engulf you and color what you’re trying to do.

6. You have a lot of empathy

What makes a good songwriter? It's not just wordsmithing – it's empathy. How many great songs have been written about hardworking people crushed under some harsh system? Songwriters feel for others, so much so that they write songs from others' points of view. This is why you'll see so many musicians who have day jobs in caring professions, particularly helping the disabled in schools or job-coaching environments.

7. You get along well with animals

That empathy also translates into a love for animals. Tons of musicians have pets and many are animal lovers. Quite a few are animal rights activists. I challenge anyone to think about Sarah McLachlan without visualizing that ad with the sad puppies and hearing "In the Arms of an Angel." You probably cried, too, even if you're in a nasty punk band and have a safety pin through your nose.

The real world? Boring. Artistic types like to create new worlds and explore worlds created by others. We like sci-fi and fantasy for this reason, and enjoy shows in which new viewers would be completely lost because they don't understand the complex backstory.

Of course, since we're veterans of creating things ourselves, we also tend to deconstruct scripts, calling out predictable lines that actors are about to utter. We like making fun of bad special effects, clunky direction, and bad acting.

Music is a hands-on field, made to order for people who hate lectures and chalkboard notes and want to just jump in and do it. That's why so many musicians modify their instruments, customize their band vans, and build all sorts of hacks in the studio or rehearsal space. A lot of us are drawn to carpentry, computers, electronics, and mechanics. We're not afraid to rip things apart and see what makes them tick.

News cycle got you down? We're all stuck on planet Earth, dealing with violent extremism, climate threats, and atrocious fast food. And we all have two weapons to battle the blues: art and humor.

Musicians are some of the funniest people you'll meet, especially in groups. Ride to a show with any band that's been together for a while, and you'll be spitting out your drink. It's a kind of amazing, vulgar, politically incorrect banter that screenwriters rarely get right. If we could just record chunks of that, we'd have enough material for a stand-up routine... or the lyrics to our next album.

Next up: 5 Things That Separate Career Musicians From Hobby Musicians