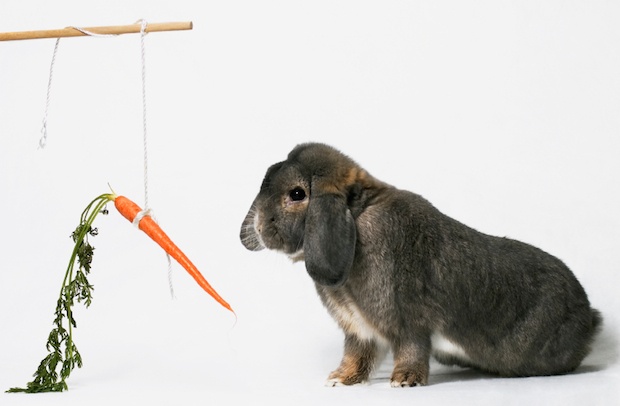 Does it feel like your band is trudging through mud? Is it difficult to get people to show up for rehearsals or learn their parts? Have people stopped contributing to the writing process? You're probably facing a common problem that many aspiring bands face: a drop in group motivation.

Getting a band off the ground is hard work, and it's really easy to get discouraged. However, it really is a possibility for anybody who's willing to put in the work, and a little motivation can go a long way when it comes to getting your bandmates to contribute time and effort. If you take even a single step towards a goal every day, that's the only way you'll achieve it. The only way for you not to achieve your goals is if you stop trying entirely.

When you feel things slowing down, it's time to get motivated and get moving. Here are my tips for inspiring your band to build up forward momentum.

1. Listen to music together

For average music consumers, listening to music is something that provides them with a special feeling that nothing else can, but for musicians, there's often an extra bonus. Truly listening to artists you love inspires and informs your musicianship. Musicians don't simply think, "Wow, that's a great song!" Listening to music makes us say, "Wow, I want to do that."

Gathering your band around to listen to music is a chance to inspire the whole group, which leads to action. Naturally, everybody is going to have different tastes and finds inspiration in different things. So, at your next rehearsal, try to have each individual bring in a song or record that they find inspiring. While listening, encourage everybody to make observations about what they hear in each song, and how it inspires them. Having an entire band feeling inspired to create and grow will motivate everybody to put that into action and will help you become a more motivated group.

2. Go to shows together

Listening to music is inspiring, but going to great shows is inspiring on a whole other level. At least for me, nothing makes me say, "I want to do that," more than actually seeing something that inspires me in the flesh.

Bring your bandmates to see awesome local groups with you – groups that really get your band excited and engaged. Then, if they don't realize it on their own, clue them into the fact that your group could be doing the exact same thing with a little effort and hard work. Plus, you'll have the opportunity to make connections together as a band, which is a reason in itself to be going to see live music.

Just like picking songs and albums, ask everybody in your group to pick a local show that they want to go to, and let everybody talk about what they liked or what they would do differently. If you get them talking about it, they'll probably want to really start doing it and putting those words into action!

Building momentum as a band is a long, slow process. Sometimes, it moves so slow that it feels like you aren't going anywhere at all. If this is the case with your group, then it won't be long before people start losing their motivation, and members of the band may begin to seek other bands that are more active than yours. So get active!

Do something! Anything! Even things that don't seem like they'd have a big immediate effect on your career. Start putting the work into booking more shows. If you're only playing once every two months, start booking a few months out, and try to set something up every two weeks instead. How long has it been since you've released music? Set yourself up somewhere as small and low budget as you need it to be, and record something new. This will give you something to go out and promote, which will give your band something to focus on and get excited about. Start recording live videos together in your rehearsal space, or acoustic videos out in the world somewhere, and put them up on YouTube and your social media pages.

[4 Creative YouTube Video Ideas for Bands on a Budget]

Whatever it is that you start doing, getting active in any way is better than not being active at all. It will give your group momentum, goals, and a timeline, which will hopefully motivate the rest of the band to step up their game.

Give your band tasks to complete, and give them a limited amount of time to do it. Having a specific "due date" on tasks will make sure that they get done (as long as everybody is on board), and provide some band activity that motivates the group to get moving.

Do you have big break before your next show comes up? Maybe use that as an opportunity to get writing, and set a goal to play 75 percent of the show with brand new material. Alternatively, set a goal to connect with two new local bands by the time the show comes along, and ask them if they would like to come support your group. If you're currently working out new material, you could set a recording date for a few songs, and tell the band that the songs need to be tight and ready to roll by that date.

Whatever the task is, if it doesn’t have a deadline attached to it, it runs the risk of not getting done and being forgotten. Making tasks and putting deadlines on them will put some fire into your bandmates, get them motivated to get things done, and will thus give your group some great forward momentum.

5. Have specific goals and a plan

It’s important to regularly evaluate where everybody is at, on the whole. Where does each individual see the band going? Where would your members ideally like it to go? Do they have the time and effort to devote to the group to help make that vision a reality? These are things that need to be discussed. You might find that certain members aren't motivated because they don't see the same potential in the group that you do. Or perhaps they just aren't interested in taking things to the next level. There's nothing wrong with wanting to be in a low maintenance, casual group, but it's something that everybody needs to be open and honest about.

So, let's say that everybody in your group is on the same page as far as their long-term band goals go. How are you going to reach those goals? Work together to set some concrete short-term goals that can be realistically achieved, and decide how you'll go about achieving them as a group. Then, set the group up with a timeline for when they would ideally like goals to be achieved and an order for the tasks to be completed.

If this doesn't kick your band into action and motivate them to get moving, then it's possible that somebody isn't being honest about their long-term goals, or that your band isn't being realistic about your short-term goals. Make sure that you and your bandmates have frequent and open communication, and that you're regularly checking in with everybody to make sure that their goals are still the same.

Now that you've got some goals and things to get done, give everybody something to do. Having goals to work toward isn't going to be motivational to everybody if you're the only one who's actually putting in work to make those things happen.

Play to people's skills and availability. If somebody in your group is a good writer, have him or her write the press releases and email list updates. If somebody is really busy with work/family/life stuff, give him or her small tasks such as running the Twitter feed or taking pictures during rehearsals that you can use for social media posts. There's something for everybody in the band to do, so get them involved and get moving!

Just as there are ways to motivate your band, there are also ways to kill your band's motivation. Whatever you do, steer clear of these five deadly actions.