3 of the Most Commonly Misunderstood Music Copyright Laws 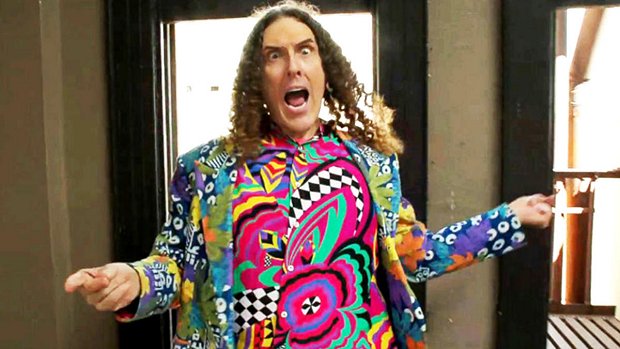 Weird Al's music might be covered under parody or fair use, but he typically asks an artist's permission before creating a derivative work. (Image via nbcbayarea.com)

Some of the people whose work is most intimately affected by copyright law are musicians, yet there are many misconceptions and even outright falsehoods circulating in the musical community when it comes to things like the right to perform and make changes to existing songs, and what really constitutes fair use. If you've ever played a gig without making sure you were covered by a performance license or been tempted to change someone else's song to create a parody, here's what you need to know.

For gigging musicians, performing cover songs often feels like a free right because many venues pay for broad performance licenses from the performance rights organizations (ASCAP, SESAC, and BMI in the US). The performance right also affects people who want to play pre-recorded music for the public, including the music you hear on hold or even piped into malls and restaurants. Business owners and musicians are required to pay for performance licenses if they want to play music for their customers, and if your band ends up doing gigs at bars, restaurants, or parties, then you need to make sure that the venue has paid for a performance license before you play any cover songs.

2. The right to make changes to others' songs

Making clever changes to the lyrics or melody of a song may seem like a great way to make your mark and demonstrate your artistic prowess, but many musicians don't realize that they actually need permission from song owners before changing inherent parts of the song. The need to get permission for major changes applies whether you're performing a cover song or making a recording of a cover song. There are some things, such as tempo and key, that you can change as a way of taking artistic license, but anything that alters the fundamental bones of the song, including changes to the lyrics or melody, requires that you get in contact with the song owners first. Be aware that getting permission to make changes often requires paying a fee for the privilege, so plan ahead.

Contrary to popular belief, there are no hard and fast rules about what is fair use and what is not, making fair use one of the most commonly misunderstood parts of copyright law. Instead of clearly defined rules, the courts evaluate fair use on a case-by-case basis, weighing four factors to determine if something is fair use. Determining fair use includes considerations like whether the use is for commercial or nonprofit/educational purposes and how the use will affect the value of the original work. To read about all four factors involved in determining fair use, see the United States Copyright Office's website.

Fair use myths often include the belief that using a specific limited amount of somone else's work is legal, and you'll often hear people give false statements such as, "You're allowed to sample up to 15 seconds of a song," or, "It's okay to copy one page of a score." But the fact is that there are no clearly defined rules saying that this is fair use, and whenever you use someone else’s copyrighted work without getting the appropriate licenses/permissions, you may be doing something illegal.

There are some things that musicians do which are clearly not fair use, such as providing friends with copies of sheet music or recordings, since such copying and sharing means that the copyright owners will sell fewer copies of their music. But what about parody? The freedom to make social commentary through parody creates lots of grey area where copyright law is concerned. Shows such as Saturday Night Live and late-night talk shows constantly parody the work of artists, but when parodies have a commercial benefit for the creators, they are often denounced as attempts to piggyback off of the work and success of the original artist.

Don Henley's song "The Boys of Summer" provides a good example of the perils of claiming parodies as fair use. An altered version of Henley's song, re-titled "The Hope of November," was created by a political candidate to parody opponents during a campaign. In 2010, the court ruled that this unauthorized use of Henley's song was not fair use because, among other things, it was used for a commercial purpose (to garner campaign contributions), and hurt Henley's chances of licensing the song for future uses. For a more complete description of the ruling, read about the case on the US Copyright Office's website.

The bottom line is that whenever you make a lot of money or gain fame and influence by borrowing someone else's idea, there's a good chance that someone will take legal action against you arguing that your work was illegal rather than fair use. Play it safe and always ask for permission before making changes to someone else's work.