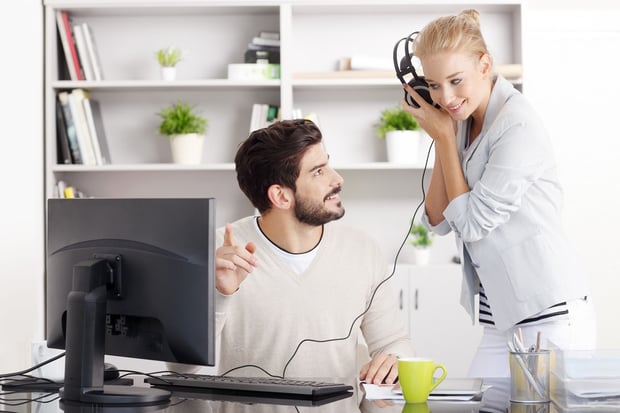 You've likely seen the recently leaked texts between R&B star Chris Brown and his former publicist. The PR rep texted Brown, who's known for being quite a volatile artist, to compliment him on his new clothing line. That's a smart and standard move; it's always good to drop a client a personal note and express that sort of support. Yet, Breezy responded with a torrent of obscenities and insults, telling her not to reach out to him with empty words but to instead use her time to secure press confirmations on the clothing line.

It was as brutal as it was inappropriate. Talking to a co-worker or team member like that is inexcusable in any work situation; there are rules and basic etiquette. But let's put this concept in a more basic, up-and-coming artist context.

So many novice bands approach me about press campaigns. I often turn down 90 percent of these bands due to my bandwidth limitations or because they're not quite ready or able to do a press campaign (no website, never played a show yet) or funding (sorry, it's not $350 for a press campaign!).

Most bands are very polite and tactful during these exchanges, and then others are downright comical in their responses and reactions. Here are some unspoken rules of this publicist and client relationship, which were violated by Chris Brown.

Many independent PR firms, myself included, have been contacted by bands that try to tell us how a press campaign is going to work, and many of them assume that we're wide open or want to work with them. The know-it-all approach is not one to take.

Since you're soliciting a publicist, it's because you want to defer to him or her because he or she knows what to do. So don't proceed to dole out direction!

2. Don't ask for an inch and take a yard

One thing that new bands won't know or understand is that once a PR person declines a project, asking for continued assistance isn't always appropriate. That's akin to consulting, which comes with a fee. To ask someone how to do this or that, or for a Rolodex of "other" PR reps who might be able to help them, is just not the way to proceed.

Up-and-coming artists should have the ability to "read the room" and understand that they can't ask for an inch and then proceed to take a yard. This is a busy business, and to continue to ask for free advice or help isn't really fair. You have to earn that right. If it's someone you know, okay, fine. But if it's someone you cold-called, don't do it.

This can be applied to big bands, too. Some artists may ask their music publicist to handle their non-endemic press for their businesses, etc. That is not a freebie service and should have an additional dollar figure built into the fee schedule. And if a PR rep does agree to take on your new project, and it's your first campaign, pay attention and do as you are told.

Remember that no one knows or owes. Acting entitled, no matter your level of success, is a total d-bag move. If you're a new act who reaches out and a publicist declines, don't get rude with your replies. I've had that happen, and it's not a good look. Simple, consistent tact goes so, so far in this business.

Next up: Band Etiquette: 3 Unspoken Rules of Working With a Music Publicist