3 Science-Backed Tips to Make More Money From Your Fans 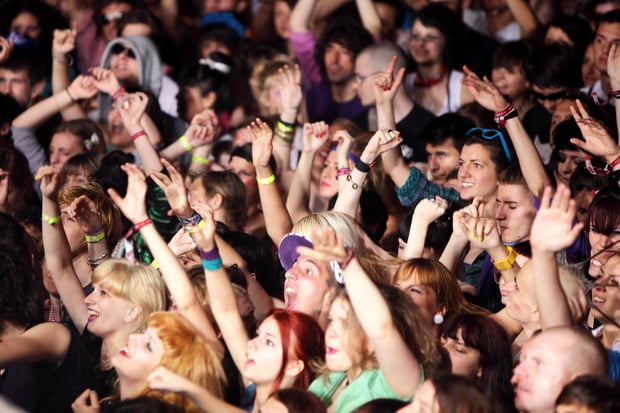 There are a lot of tips that can be useful when it comes to making it work in the music industry as an independent, up-and-coming artist. Oftentimes, the best people to look to for advice are those who have been there before, as they can give some sage advice and reflect on their experiences. Those suggestions are certainly helpful, but sometimes you need a little more than anecdotal evidence. Here are three scientifically proven tips that will help you raise money, sell merch, and form lasting relationships with your fans.

1. Tell people they're doing something good

Instead of offering crazy discounts or attempting to trick people into spending their hard-earned cash or donating to your cause, make sure they understand that this money isn’t just for buying, it’s for supporting. By purchasing an album, T-shirt, or investing in your crowdfunding campaign, they're actually doing good, and it’s noticeable to you.

By parting ways with cash, anybody who wants to can become a patron of your art, and the kind of person who makes your dreams come true. That sounds a lot better than simply begging someone to buy a song on iTunes, and it may help convince people to get involved.

Why exactly is this? Well, according to Pete Trainor, Associate Director UX at SapientNitro in an article for Fast Company, "MRI studies reveal that when we perform an act of kindness, our reward center is aroused and we experience feelings of pleasure." Basically, doing good makes people feel good – all you need to do is reframe your ask to make it people realize that’s what’s going on here.

2. Give them fewer options

While it might seem like the more choices people have, the more they’ll buy, that isn’t always the case. In fact, if you give people too many different options, they can become overwhelmed. And if they aren’t already in a position where they’d have to pick something to spend their money on (such as when someone is deciding what to order from an enormous menu at a restaurant), they may end up opting not to buy anything at all.

Columbia University published a report called Choice is Demotivating which discusses how too many options isn’t always a good thing. Now, you might not be operating a restaurant here, but you can keep this in mind as you do your best to sell as much merchandise as possible! When you're arranging your merch store online or choosing items to bring with you on tour, be strategic. Try not to load up with a million different things in the hope that there will be something for everyone, but instead, choose only those pieces that check certain boxes. You’ll want T-shirts, CDs, and a few other items, but the point is that you don’t need to have too many different options when it comes to these categories. Instead of 10 designs all on basic tees, try just three or four, and maybe switch up the colors.

[The Musician's Essential Guide to Merch: What to Get, How Much to Charge, and Where to Buy]

It sounds obvious that positive reinforcement is a good thing, but the psychological standard is a lot more powerful than you’d think, especially when it comes to retaining customers so that they keep coming back.

It might take a bit of work, but you should do everything in your power to thank people for supporting you, no matter how small their contribution. It isn’t important if they bought your album or if they gave $1 to your crowdfunding campaign – what is important is that you thank them and let them know how much you appreciate it. That might make them come back to you, and that ups their $1 contribution and turns it into something that’s much more valuable.

Positive reinforcement can come in several ways, but the best thing you could possibly do is find a way to call supporters out personally. Tweeting out a general “thank you” from time to time is fine, but it doesn’t make anybody in particular feel special. Instead, try setting up an automatic email that immediately says thanks for a purchase or donation, or if you can, make sure your supporters are identified publicly as people who supported you, either on social media or on whatever platform you reached them on.

Building loyalty is one of the best ways to run a successful business (which in this case is you), and making sure people feel appreciated is the easiest and cheapest way to do so.