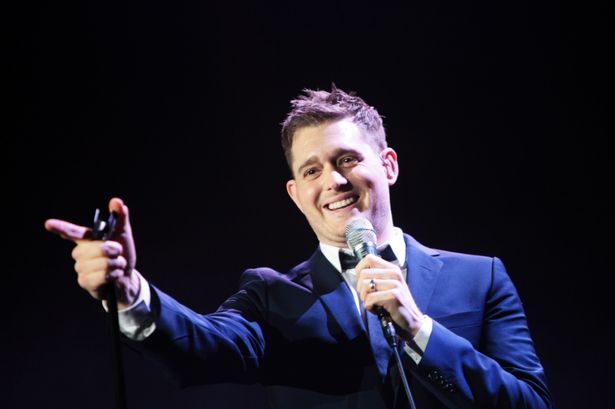 Many singers realize that learning good vocal and breathing technique is all part of becoming a better musician. Mastering these techniques gives you control over your voice in order to create resonant tone qualities and stylistic inflections that work best for each song. However, there are deceptively big details that many singers overlook, which can affect their overall stage presence.

There's a difference between being a good singer and a good performer. While a good singer can create the most beautiful tones, a good performer can connect with his or her audience, which is essential in order for people to fully appreciate the craft. Here are three ways you can make that happen.

1. Know what you're singing about

This seems like an obvious point, but it's easy to only get the tip of the iceberg on this one. It's not that difficult to memorize the text of a song, as people can do that from just listening to it enough times. True performers, however, realize that there's more to a song than the lyrics that they're singing.

For every song, there's a character singing it. Whether it's a jazz ballad or an aria from an opera, there's a very specific person (or at least a certain type of character) linked to the text. People can more easily connect with singers who are completely immersed in the meaning of the song. Study the lyrics in depth and, using the lyrics, try to give a detailed explanation of what type of character you would be portraying, what said character is going through, and what emotions are going through the character's head.

It's important to note that it's possible for a song to have multiple interpretations to different people, as everyone has various experiences in their lives that shape their view of the world. However, it's up to you to ultimately decide what the song means to you and convey it through your voice. This is where your artistry starts to emerge. Once you have a thorough understanding of the song, you know how to use your voice to emulate the character and how to proceed.

Audience members listen with their eyes, especially with singers. While this sounds contradictory, many people have their eyes on the singer, watching his every move astutely as he sings his repertoire. Therefore, it's important to know how to best use your body to reinforce your voice, because motion serves the music. Singers have some freedom to move as they sing so that they don't feel restricted, but the amount of movement you can effectively use depends on the type of song. There are, what I like to call, two Ts for determining appropriate movements: text and tempo.

Building off of the first point, learning the meaning of the text helps you to learn how your character would move. For instance, if you're singing a jazzy, sexy love song, you may want to carry yourself like Jessica Rabbit and strut your stuff (I'll leave that to your imagination). I'm just being silly, but you probably already have the idea by now. Be mindful of any movement habits (nervous ticks) you yourself might have, such as tapping your legs with your hands, swaying your body back and forth, and so on. These habits will most definitely be distracting and should be broken. The hardest part about this is that you probably won't notice it unless you force yourself or someone else points it out to you.

Tempo-wise, slower, more intimate songs usually don't call for a lot of movements or anything boisterous, as those elements can distract your audience from the music. This can prevent you from creating a believable character, thus creating a disconnect. Remember, you are emulating a character. On the opposite side of the spectrum, faster, more energetic songs can allow the singer to incorporate a bit more movement without drawing away from the music. Your movements should reinforce your singing, not take away from it. However, finding out what movements to use can be tricky, which brings me to the final point.

3. Practice in front of a mirror

Practicing in front of a mirror, as you probably have already guessed, will help you find out how you and your movements appear to audience members. Using the previous two points, you can start putting it all together. Learn what motions will and will not work for your character type, as well as how big or small your motions need to be. These concepts are essential for creating the stage presence you want to have. The ultimate key is self-awareness.

These methods are for your own personal study as you develop your artistry, but don't forget that the best way to get better at performing is to perform for others. No matter what level of experience you're at, ask for feedback whenever you can so that you can have a fresh set of eyes and ears telling you what you do well and what you need to improve on.

Karlton Timmerman is a freelance multi-instrumentalist and singer-songwriter, focusing in jazz and classical music. He also works as a private instructor specializing in saxophone and voice. And if anyone asks, yes, he can do the Carlton.