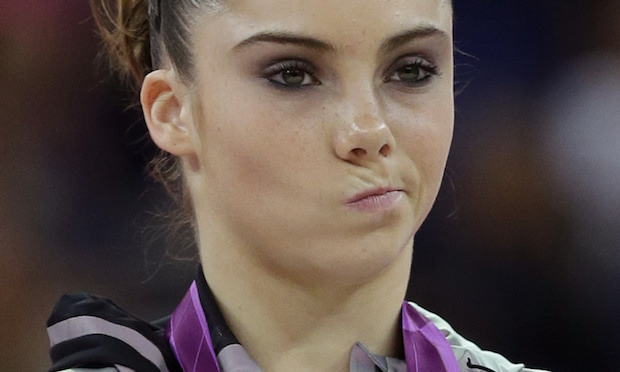 Not impressed. (Image via USA Today)

As a music journalist, I receive a plethora of emails from artists pitching themselves hoping for a feature. One major issue I've seen with these pitches is that a lot of artists don't have a great understanding of what would make them an interesting person to write about. Instead, they have a habit of hyping up aspects of their career that aren't the selling points they think they are.

With that in mind, I've decided to run down the three things I see most often in emails that artists seem to think set them apart from the competition, but really don't. In an effort to make your life easier, I've included an alternative for each, so you'll have something to build on when you put together your next pitch.

1. We don't care who you've opened for

Nearly every introductory email I receive from an artist has a long list of well-known acts the artist has opened for. I get why the artist feels this is impressive, but when I read an email from a rapper that boasts that he or she has opened for Kanye West, Nicki Minaj, DMX, and NORE, what I really see is that the artist knows the booker for a few venues in the area and gets put on whenever a rap show is in town. These types of one-offs don't show you've done anything outside of your own city, and we all know that oftentimes the local opener doesn't even meet the main act.

Winning alternative: tell us who you've toured with

While we don't care who you've opened for in your hometown, if you've hopped on a tour with an artist – even if it was just for the East Coast leg of a tour – it's far more impressive. It shows you're not just a local hero, you're getting out there, and from a writer's standpoint, it lets us know you might have an interesting story or two to tell.

2. We don't care if you played SXSW or CMJ

Don't get me wrong: SXSW and CMJ are huge week-long festivals that, if artists plan their tours correctly, can lead to pretty decent exposure. So why don’t we, as writers who cover these festivals every year, get excited when we see them on your resume? Simply put, because they’re on almost every artist’s resume.

The artist section of last year’s CMJ Festival Guide was 74 pages long. SEVENTY-FOUR PAGES! Last year’s SXSW festival featured over 2,000 acts. Basically, damned near every band has done these festivals, so think of it as more of a prerequisite rather than a selling point in itself when it comes to press.

While thousands of acts hit various stages for CMJ and SXSW, having experience on something like Warped Tour is more impressive. Not only are fewer bands accepted (a lot fewer), but it helps position you with other acts and gives writers an idea of which publications and websites you'd be a great fit for.

3. We don't care about the raw number of social media followers you have

By now, we all know how easy it is to buy a social media following, so telling us you have X followers on Twitter, X "likes" on Facebook, or X views on YouTube has become relatively meaningless.

If all of your followers are real, that's fantastic, but it's still not a bragging point. There are plenty of artists with tens of thousands of followers, yet they have no idea how to capitalize on that following. Case in point: In 2011, Soulja Boy, who was still riding relatively high at the time, had more than 2.5 million Twitter followers. Yet the album he released that year sold only 13,000 copies in its first week. The math there is ugly, as not even one percent of his followers purchased his work.

Winning alternative: show us how well you use social media

Even if you only have a few thousand followers – or even just a few hundred – if you're constantly interacting with them, if they're retweeting your posts, if they're commenting on your Facebook page, it shows that you have an actual, dedicated fanbase that's engaged with what you're doing.

Writers also love when they see artists have a history of posting the press they receive. No journalist likes putting the work into an article just to have the artist ignore it.

Many artists seem to think these three things are what makes them interesting, but those aspects of their career really just lump them together with every single one of their peers. When you're pitching a writer, do your best to stand out. Be the one we notice in the crowd. You'll be far more likely to get the response you're hoping for.

Learn a ton more about interacting with writers in our "Ask a Music Journalist" column!