No Email Blasts Required: 5 Creative Secrets of Getting Press for Your Band 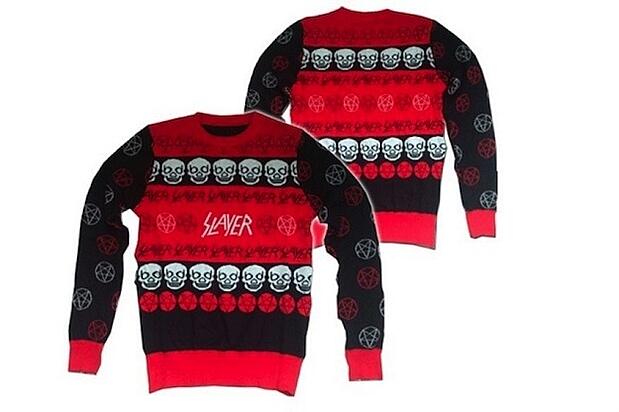 Unique merch is only one creative PR angle. (Image via slayer.backstreetmerch.com)

There are few things in this world that can't be solved with a little creativity, including public relations. In fact, you could say the whole business is built off of little creative approaches designed to bring your brand (and band) into the spotlight – and into the eyes and ears of people who don't yet know they want what you have to offer. That's why a good PR agency should never be afraid to think outside the box. And as a DIY band, neither should you.

I run a PR company called Muddy Paw PR, and we work with a lot of up-and-coming artists who, although making their mark on the world, are still growing. Blasting the masses with press releases and other traditional PR methods don't always work. So we get creative, and we get people's attention. Here's how.

I'm a strong advocate of personalized outreach when looking to secure coverage for your band. Whether it's a music video, an album, a single, or something else entirely, nothing beats taking the time to get to know your audience. From there, it's time to get creative. Don’t just blast them a message that's all about you (yawn). Take the time to get to know what they're all about and comment on it. Start a conversation. Make a friend. You'd be amazed by the people you can meet and the impressions you can leave with a little creativity.

This is one of my favorite things to do, and something Muddy Paw has seen a lot of success with. Bands have a tendency to box themselves in by only targeting music blogs. It makes sense to a degree, but why not target blogs that cover your other interests as well? After all, it's been proven time and time again that people have a tendency to become infatuated with someone's personality and then the "product." By targeting out-of-the-box outlets that cover different niches, you open yourself up to a whole new fanbase, and introduce people to your personality first. It may sound counterintuitive, but if people can connect to your passions, they're much more apt to check out your music, because they don't feel like they're being sold something. So start researching those video game blogs or those healthy cooking YouTube channels. What do you have to lose?

3. Get creative with your bio

Never underestimate the power of words. Throughout the last year, we've worked with a pretty eclectic mix of clients. Some of them went the traditional route for bios and that worked well for them, but some of them took advantage of their band's slightly crazy image and catered their bio to that. For instance, we had a character band on our roster that combined traditional bio elements, such as album release date, lineup, major accomplishments, etc., with their characters' unique stories. (And believe me, they were kooky stories.) It was a bit of a risk, but in the end, it really piqued the interest of bloggers and in turn, paid off.

4. Don't be afraid to try something different

Everything has been done before. The sooner you realize that, the sooner you can try putting a new twist on an old trick. There are way too many people doing the same thing as you and vying for the attention of the same people, so you have to be willing to think outside the box, and really put yourself out there. Take something you know works, and add your own flavor to it. Take risks, and don't be afraid to try new approaches.

Take acoustic videos, for instance. Acoustic covers are really popular right now, but instead of covering a popular song, why not cover another local artist in your area? Not only are you sure to make that artist's day, strengthen your community's music scene, and instantly find a new pool of potential fans, but you're also giving your publicist an incredibly heartwarming story to work with. It's a win-win for everyone involved.

I truly believe that unique merch is one of the key elements to a band's success, right up there with a strong recording and a strong PR team. T-shirts and posters are great, but your merch should leave an impression on the people buying it. Not to mention that unique merch can really boost a PR campaign's success.

Going with the example of the character band above, they decided against traditional CDs and instead released handmade, individually numbered comic books with a personalized note written to each and every person that purchased one. Can you say wow? Nearly every single blog I pitched that story to was not only intrigued, but impressed. The merch made that story.

Once you get people talking, you know you're doing something right.

Angela Mastrogiacomo is the owner of Muddy Paw Public Relations. Muddy Paw specializes in working with up-and-coming artists on personalized campaigns designed to bring their careers to the next level. To date, they’ve secured placements on sites such as AbsolutePunk, Substream, Property Of Zack, PureVolume, and many more.