3 Ways Your Smart Phone Ruins Your Creativity as a Songwriter 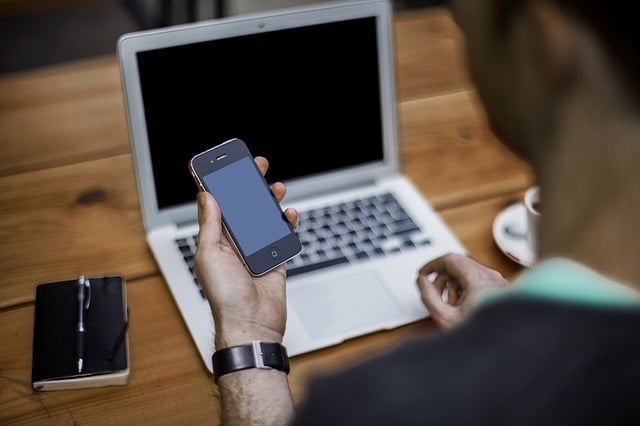 There aren't many people left that don't have smartphones of some type (myself included), and those that don't have one of these hyper-connected pocket computers tend to get looked at with a certain amount of skepticism and even scorn.

I was having a discussion with a fellow songwriter recently about how our writing has changed since the advent of these miraculous devices, and we both agreed that it certainly has a downside, especially for these three key reasons.

I can't tell you how many times I'll be deep into songwriting when my phone buzzes. When it does, I almost always jump to see what it's about – even though it's rarely been anything that couldn't wait. I find myself taken out of the moment, replying to a message “real quick.” Then, inevitably, I realize I have an Instagram notification or see that someone tagged me in something. Almost reflexively, I end up checking more stuff and it may be a few minutes before I realize I've completely forgotten the song I'm writing.

Now, it can be a good thing to give your brain a little break (author Stephen King is known for taking walks when hitting a wall in his writing), but – at least for me – I find it less of a “break” and more an engrossing rabbit hole I fall down. It disrupts my train of thought and I sometimes have difficulty getting back into the groove.

Something that's worked for me is putting my phone on “do not disturb” for the duration of the session. If you're a real addict (like me), you may want to try keeping your phone in your pocket or guitar case to avoid the temptation to check it.

One thing I've noticed is that it's much easier to pop open a web page and search for a rhyme than it is to take a few extra minutes and think of one myself. This is sometimes fine, and there are great resources out there that I'm not knocking, but it can be a crutch. I've found that I prefer coming up with rhymes organically now or only resorting to the phone when I'm really, really stuck.

One of the things that struck me about this is that I often think of something else while working out a rhyme – where if I use the phone, it's a linear process. Sometimes the thing I think about is useful to the song, sometimes not. But relying too much on your phone to “think” for you can cause your creative muscle to atrophy.

3. The creative mind needs to wander

When the answer to everything is a two-second Google search away, it takes away our necessity to ponder the possibilities. Pondering those possibilities helps work that creative muscle – and I've had great song ideas come out of mulling over something. Next time, instead of reaching for your phone, take a minute or two to let your mind wander. Don't worry about whether it's factually accurate, at least for the moment – just revel in the possibilities.

A lot of creatives tend to think of ideas while they're in the shower, or on a drive, or doing some basic, mundane task. I'm not a scientist, but from my experience that makes perfect sense – the brain is being disengaged while you're doing something that's not terribly mentally taxing. When you're on the smartphone, however, you're actually doing a lot of processing – reading messages, formulating replies, looking at memes and video clips. The brain isn't getting a break – a necessary break, in my opinion, for us creative types.

Technology is so commonplace in our lives we do it without thinking anymore – no doubt, more innovations will crop up that will make our latest iPhone look like an old Walkman. But don't forget to take care of the creative side of your brain, too.