Beyond Tweets: 4 Best Ways to Keep Your Fans Up to Date in Long-Form 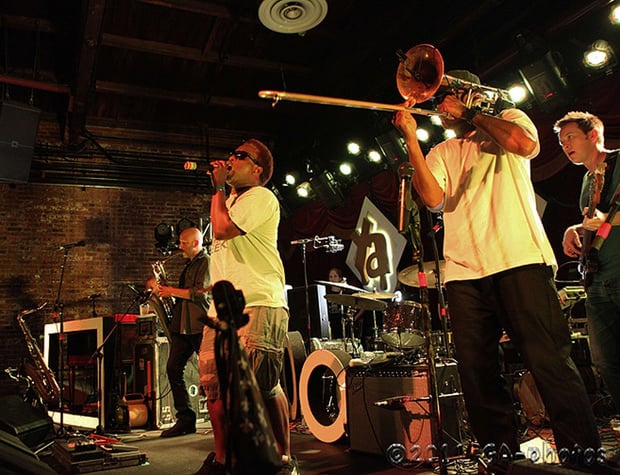 Keeping your fans up to date on what's going on in your musical career is really important, and there are plenty of ways of doing so. I would split them into a few categories, but when it comes down to content you're producing (as opposed to marketing from a record label or publicity from a PR team), I would separate updates into two distinct groups: short-form and long-form.

Short-form communications would be tweets, Facebook posts, Snapchat messages, or photos and captions on Instagram. All of these are useful, but they aren't the best option for every need. When it comes to really getting into an announcement for your fans, think about keeping up some kind of long-form discussion. There are a handful of ways you could do this, and here are a few suggestions for all of them.

This is an obvious first choice, and though they’ve been the go-to for over a decade now, don't let that diminish their potential importance. Blogs are still read, though there are ways to do them well and ensure that the most people read them and keep coming back.

First, keep things relatively short. Of course a blog will be much longer than, say, a tweet or a Facebook post (at least I hope you’re not leaving anything terribly long on the latter), but that doesn’t mean you need to present a novel to your fans. A good blog post might be anywhere from 300 to 500 words. If you're sharing something more important that requires explanation, feel free to go a bit further, but don't make a habit out of typing really long posts.

If you find you have a lot of ideas you want to share with your followers – several bits of information or news items – feel free to turn what you’re writing into more than one post. Blogs shouldn't be too frequent if they're just for updating purposes, but you'd be surprised how frustrating it can be sometimes to find something to write about. If you find a post getting too long and encompassing different ideas, split it up.

This is sort of like a blog post, but it's typically even easier for your fans to access. Writing a blog post forces people to go to another page to read it, and to be perfectly honest, there are likely a lot of fans (even big ones) who simply won't take the extra step. The fewer steps to the content, the better. A newsletter can have the same ideas as what would be a blog post, but you're sending it directly to those who want to read it the most.

If you're really such a fan of blogs, why not compromise and do both? Ask people to sign up for your newsletter, and send them what they’ve asked for. Then, after the news is outdated – you can pick a certain amount of time to wait, such as two weeks later or a month – post it on your regular website in some sort of archive section. That way, those who don't want to receive the emails can still read the news, though there is now a pretty clear incentive for signing up.

This option is a bit more modern, and probably a lot “cooler,” though I’m not the best person to ask when it comes to that. If you aren't too much of a perfectionist, vlogs (video blogs, for those who don’t know) can be much easier and a lot quicker than writing out a longer missive. It’s only when you get into the editing and planning out exactly what you’re going to say that videos become too time-consuming to be worth it.

Before recording, think briefly about the one or two topics you want to cover, and speak clearly and concisely, always maintaining your personality (that is part of the reason the people love you, after all). In terms of length, try to time your vlog to be about as long as it would take somebody to read what could have otherwise been a blog. Anything under three minutes is great. If you’re hitting five and beyond, begin trimming what you’re saying.

Now this is a whole new level of trendy, especially right now. Podcasts have been around for a while, but they have really been hitting their stride lately. Recording a podcast instead of writing a blog or a newsletter will certainly make you stand out from other artists and bands trying to get people to pay attention to what they are saying, but keep in mind that some people aren't familiar with podcasts, and that may prevent some real fans from being a part of the experience. When posting, try to make things as simple for those technologically challenged amongst your fanbase.