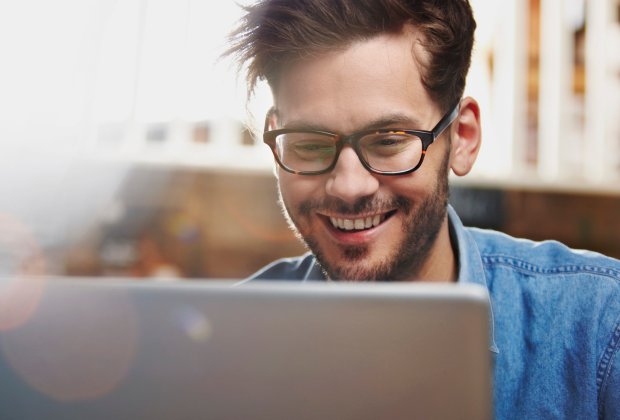 Getting people to sign up for a newsletter can be tough, but there are plenty of tricks that will help you convince fans (and potential fans) that you're worthy of valuable real estate in their email inboxes. While that's hard enough, it's unfortunately only half the battle. Once you have a list of subscribers, you have to consistently send them a quality, enjoyable, informative email. It might sound easy enough from the outset, but there are plenty of ways to annoy people or miss out on all that these messages could do for you.

Yes, there are dozens of need-to-know dos and don'ts of email marketing, but we'd recommend starting with these six suggestions to make your newsletter one that people really want to receive.

People like routine. They want to be able to count on something, and your newsletter should pick up on that idea. Let your fans know about how often your messages will be coming and when. Perhaps you want to send a mass message on the first of every month, or every other Thursday. Whatever it is, make sure you can stick to it, at least for the most part. Don't worry too much about shifting the send date a day or two in either direction, but try not to let it get away from you any more than that.

2. Have a theme and keep it

This is like typical branding, but it might not have crossed your mind. Branding isn't just for big companies and major label artists (though it can be one of the many ways you can become one of those things). The design of your email doesn't need to be complicated, but it should fit in with what your fans already know about you, and you should hold onto a theme once one is chosen. Keep the same colors, fonts, font sizes, and structure. If you always include a few images and headers, try to do that with all of your emails. They don't have to all look the same, but after just a few opened emails, your fans should come to recognize who the message is from without having to look at the sender.

You don't want to have pages upon pages in your newsletter, but depending on how often you send it out, the message might end up being somewhat lengthy. That can be fine (if done correctly), but you should tell your fans what the email contains upfront and allow them to decide if they should keep reading or if this isn't worth their valuable time. Feel free to have a paragraph at the top that discusses in just a sentence or two what the following sections include, or if you're working on a particularly long email, think about a small table of contents.

4. Have a goal with each newsletter sent

While you shouldn't oversell everything, you also shouldn't waste people's time by sending useless emails, clogging already hectic inboxes. Every message you send should have a goal, and that goal should change with each sending. One email can focus on selling your new single, while the next can be on getting people to watch the accompanying music video. Future messages can be for breaking news, reminding people about upcoming shows, or even just to say happy holidays. Whatever it is, make sure your goal is clearly defined, both to yourself and the recipients.

Everybody hates long emails, no matter who they're from, so don't think that just because a recipient is a fan of your music they want to read every thought in your head or every single scrap of news. If there's a particular topic that requires more than a few sentences, use your newsletter as a way to draw them in and provide a link where they can learn more about it if they like. This may mean starting a blog or having some sort of space on your website, but it can be a great way to ensure you aren't annoying those who may not want a long email.

6. Make sure it's mobile-friendly

These days, an increasing number people are accessing their email on their phones more often than they used to, and the figures are growing. You should keep this in mind when you're writing and designing your email. Remember that just because something looks alright on your computer screen (or even your personal phone), it won't necessarily appear that way for everybody. This is another reason why keeping things short and including small images are best practices – they translate better to smartphones.