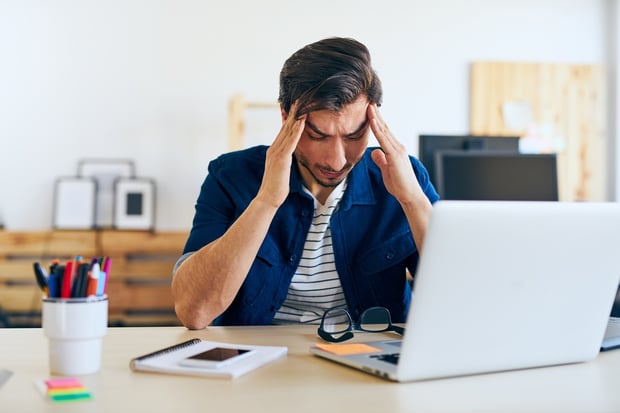 Most music journalists who have been writing and reviewing tunes for any real length of time see their email inboxes flooded with hundreds of requests every day. Publicists, managers, and more than a few artists themselves all send pitches that will hopefully turn into stories on blogs and in magazines.

Many writers don’t mind receiving these messages — it’s the nature of the business, after all — but there are a handful of turns of phrase that have been overused and beaten to death by this point, and it’s about time to retire them. Before you hit send on your next pitch, make sure none of these four words/phrases are included.

I have seen this phrase pasted into so many emails, I have reached the point where I’m pretty sure all music is simply indescribable, and that’s all there is to it. I mean, if the people working closely with new bands and the tracks they’re trying to sell to the masses can’t come up with even a sentence to describe what they have created, nobody else can, right?

“Indescribable” is perhaps my biggest red flag (if I’m actually reading your email), and I will immediately stop looking once it pops up. Using that term tells me that one of two things is going on here:

Neither of those things is ideal when pitching, so avoid this word completely. Your music is not indescribable — nothing is. The few times I have listened to something a publicist or manager called “indescribable,” it turned out to be incredibly easy to describe, and never once has it been something actually worth describing in writing.

If you can’t describe the music being pitched in words, guess what? Neither will I.

Calling something a “hit,” be it a song, an album, a movie, or anything else that aims to grab the attention of a large audience, is relative. For someone like Taylor Swift, a single isn’t a hit unless it reaches the Top 10 on the Billboard charts, while for a fledgling band, a hit can be a cut that has surprisingly racked up a million streams in a short period of time. Sure, the phrase is up for interpretation, but don’t go overboard here, which is, shockingly, something I see quite often.

In order for a song to be a hit, people have to actually be consuming it. If I have never heard of you, your band, or your song anywhere in the music world, chances are, “hit” might not be the correct wording, at least not yet.

Believe it or not, I have seen many a pitch where a PR firm is announcing a song that has just been released either minutes or hours ago, and they go out of their way to already call it a hit. If nobody has heard something yet, there is no possible way it’s a hit, and that just makes you look, well, dumb.

[6 Tricks to Possibly Place Your Song on a Billboard Chart]

Every new piece of music dropped by any musician these days is immediately tipped as their “most personal” yet, and while that can be a good thing, I’m completely and utterly exhausted by that idea. How much more personal can your music get, and, in the end, is that something that an average listener even cares about? When did we decide that music was only good if it was deeply and invasively personal? Some of my favorite tunes and some of the most successful tracks every year aren’t “personal,” they’re just great.

If you’d like to open up and spill your guts on your new record, that’s wonderful, and I encourage you to do so, as it can be therapeutic for you and enlightening for your fans, but stop thinking that everything musical needs to be immensely personal, and stop insisting that this thing you’re pushing at the moment is the most personal. The lyrics and the music should speak for themselves.

My reasoning for being tired of seeing these phrases is similar to when people call something a hit when it probably isn’t. Oftentimes when I see an artist described as “award-winning,” there is no explanation as to what prize he or she may have won.

You don’t need to have a Grammy sitting at home to be a an award winner, but what exactly have you collected? I have a sneaking suspicion that since nobody ever calls these pitches out, pretty much anybody can be an award-winner these days, at least while they are promoting themselves.

The word “acclaimed” is even harder to prove, since it would require a journalist hours of sifting through reviews, interviews, and the like to find examples of when others have praised the work of the musician in question. Many artists have seen someone say something nice in their careers, but does that really make them “acclaimed?” It’s tough to decide what makes an act fit that description best, but if you’re brand new and on the hunt for your first write-up, you’re not acclaimed (but give it some time, and stop insisting you already are, and you may get there).

Next up: 6 of the Worst Ways to Get a Music Journalist's Attention