5 of the Worst Ways to Get a Music Journalist's Attention 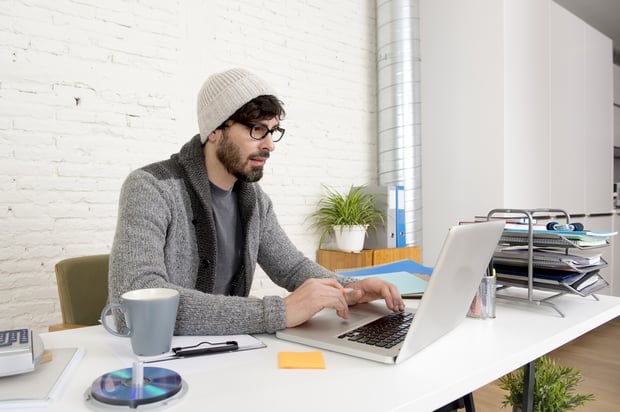 Getting the attention of music journalists is a struggle for almost everybody in the industry, no matter how popular the artist. There are only so many outlets and so many writers, and there are hundreds of thousands of people trying to get them to listen to their latest creations.

It’s tough, but to those thinking they should do whatever it takes to grab even just a fraction of someone’s attention: think again. There are bad ideas and terrible ways to reach out to writers, and while you may think they’ll give you an advantage, they probably won’t, and they may hurt your chances instead.

This list is somewhat subjective, as there are some writers who might not mind one or two of these options, so feel free to ask people how they like to be pitched. Having said that, my choosing these avenues isn’t only based on my own feelings and opinions; I’ve spoken with other writers over the years, and many of them agreed with most of these.

I get a handful of friend requests on Facebook a week, and I think I accept one out of five, maybe. This isn’t because I don’t remember people or because I'm trying to keep the number of friends I have on the platform down. Instead, I ignore or reject so many because they're people I don’t know reaching out to me, and that’s not what Facebook is all about. In fact, the insistence that you only friend people you actually know was part of what made Facebook stand out and win over many people from Myspace back in the day, as the latter was a complete free-for-all with strangers.

I personally feel that friending people on Facebook who you don't know and have never spoken with is inappropriate. I understand that many people want to develop relationships with people in their field, but there are better ways to go about such things than in the privacy of Facebook. I accept and appreciate any and all followers on Twitter and Instagram, but leave me alone on Facebook unless we know one another.

This is along the same lines as friending on Facebook, but I’d say it is far less inappropriate. In fact, on some platforms, it’s not necessarily a no-no, as long as it’s done tactfully.

Every few months, I look through my messages on Facebook, and I open up a folder that's essentially the platform's version of a spam collector. Every single time I browse these missives, there's a handful from publicists, managers, and musicians themselves, all attempting to get my attention. Facebook doesn’t put these into my main inbox, as they're from people I don’t know, so I rarely see these. It’s a waste of time for those on the other end, and I never respond to them.

Messages on Instagram and Twitter are fine, as long as they aren’t cold pitches. I've had plenty of people in the music industry – musicians and others – say hi, comment on something I posted, or just generally start a conversation, and that’s typically okay. Social media is for being social, and for the most part, interesting, friendly chats are always pleasant. It’s not as great when someone I don’t know starts a relationship by asking for something right off the bat. I’m used to that via email, but it feels very different when such requests hit the inbox of my Instagram, for example.

Over the past few years, many musicians have gone the lazy route, tagging me in a Twitter or Instagram post in an attempt to get me to listen to their music. No introduction, no explanation, just a notification and a link. Is that really supposed to work? Think about whether you would click an unknown link if someone sent it to you without so much as a hello. Believe it or not, sometimes this gets even worse – I’ve been included in tweets that only have a link and the handles for several writers. Seriously?

If you’re going to go the social media route, it’s alright to ask people to listen to your music, but please put some effort into the pitch, just as you would if you were reaching out in an email. You’re going to have to get creative, considering that a site like Twitter only allows you 140 characters, but that doesn’t mean you should abandon all manners!

Ask almost any writer out there: we hate being called, unless it’s absolutely necessary. Phone calls interrupt people working, take them out of their headspace while they’re writing, and they're somewhat invasive – at least more so than an email.

The only time you should call a writer is if there are no other options. For example, if you’ve been working with someone on a premiere of your new single and then just as it was about to go up, he or she stopped responding, a call wouldn’t be completely inappropriate.

Don’t pick up the phone if you haven’t gotten a response, or if you didn’t like when someone said no. It might not seem like a big deal to you, but more often than not, the writer will remember that you called them, and they won’t think favorably about you or your publicist.

This one has to be one of the most desperate options, and yet I still see it fairly often. The comments section on articles is supposed to be for readers to continue the discussion, where they add their own two cents and interact with other readers, as well as the article's author (sometimes). It's not the place for you to spam everyone with a link to your SoundCloud account, nor is it acceptable to try to convince people to come out to your next show.

It’s fine to get involved with writers in comments, and it can be a good way to develop a relationship with some of them, depending on if they're active in that section. Where you go from there is up to you and your networking skills, but please, stop copying and pasting links and pre-written pitches in the comments sections, because it’s really annoying. Those comments will often be deleted quickly, which makes them a waste of your time and someone else’s.

Next up: 9 Things All Music Journalists Hate to See In Pitch Emails More Than Anything