4 Productivity Hacks for Musicians (And Everyone Else) 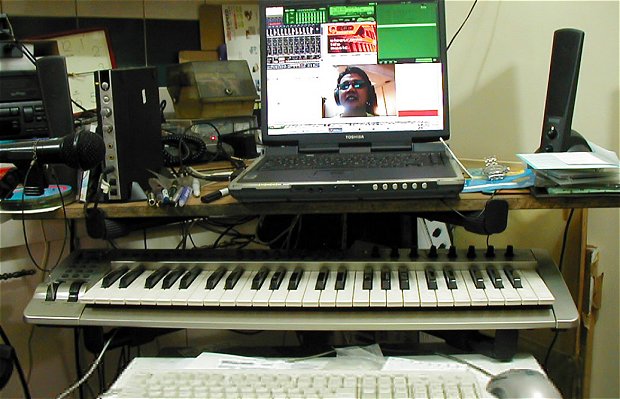 These days, everybody's looking for ways to be more productive than the day before, and being a musician doesn't get you out of getting work done. Squeezing the most out of every minute has become essential – and exhausting. With so much to do in the realms of recording, gigging, and promoting, and so many distractions (not to mention not nearly enough time for any of it), how is anybody supposed to get anything done? Here are four tips that will help you stay on track and do more, no matter who you are.

1. Set a few goals you must reach

Everybody has plenty of things that they want to do and goals to accomplish, but sometimes looking at a long list of daunting tasks can be counterproductive. Instead of being intimidated by too many things that still have a lot of work before they're completed, focus on just a few items that must be finished by a certain date.

For example, as a writer, I have a massive list of articles that I want to write for various publications, and I'm sure that plenty of them will never come to fruition. Instead of being exhausted by simply looking at the dozens (hundreds, really) of thoughts and half-written pieces, I keep that list separate from the few things I need to make sure I finish. Each one has a relative time frame of when it must be completed, be that a certain day, week, month, or season. A breaking news item must go live on that day, whereas a story about Christmas music can be published anytime in November or December. The same idea could apply to musicians and songs, or pretty much any tally of tasks.

By doing this, I do miss out on completing some goals, but it allows me to focus on at least some items. Think about it: would you rather have 10 half-finished things at the end of the day, or two items entirely crossed off the list, with another one or two on the way?

Ever notice how the day (and then the week, month, and year) just seem to get away from you? How does that always happen? There are, of course, many reasons, but one is that things always take longer than people expect. This is a huge problem for those in typical nine-to-five jobs, where meetings always run over, which mucks the schedule up each and every day.

While you may not wear a suit and tie to the office every day, this time-stealer can appear in anyone's life. Before you go into any commitment – a phone call, a lunch, a show, or anything else  – think about how long it should realistically take. If you're doing a call with a PR firm to talk about hiring them, don't let it turn into an hour-long chat about everything you think you stand for as a band. Be friendly, but smart. Time is one of your greatest resources.

This tip is tricky, as it's somewhat contradictory with advice I've imparted in the past. Communication is important, but being too plugged in can really kill your productivity. You're at your best when you're concentrating on one thing, but unfortunately, our world is filled with new distractions, all of which pretend they need almost-constant checking.

Your phone, your email, and especially social media are all guilty of breaking focus and tricking people into spending more time on them than originally intended. How many times have you logged into Facebook with the idea of being on for a few moments, only to be shocked when you pull your eyes away long enough to see how much time has passed?

Instead of constantly checking your texts and mentions, try setting aside a few designated times per day to do just that. These don't need to be specific times, but the idea of working on only emails or only planning and responding to social media is a good idea. After one task is completed, spend a little while doing your social duty, and then onto the next thing. Make communication an item on your daily list of to-dos.

Sometimes, the hardest part of tackling your to-do list is, well, doing it. If you have a big task ahead of you, it can be difficult to even know where to begin, and sometimes there's no best way to go about it other than just starting. If you know you need to write a new song but have no inspiration, don't be discouraged! Just start writing and playing, and see where it goes. You'll be surprised how often you can get the creative juices flowing (and items crossed off your list) simply by diving in headfirst and making it work from there.

Increase your productivity even more! Check out these tips: