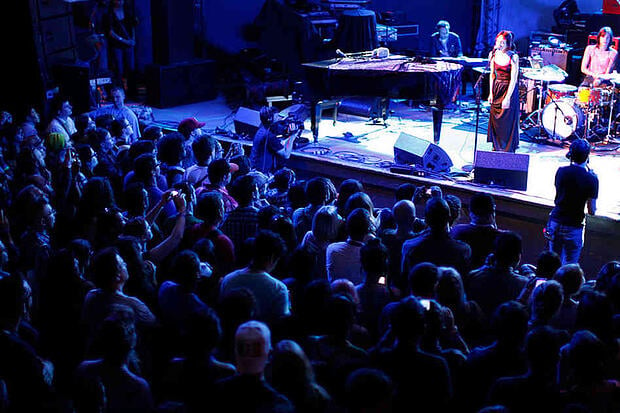 SXSW is one of the best known (and one of the best) festivals in the world. Between the hundreds of amazing acts to see, and too many people to meet, it’s an incredibly fun few days that everyone should attend at least once. Attending the festival can get expensive, though, especially if you’re a cash-strapped band. If you’re going to make the investment and trek to Austin, here are four things you can do to get the most for your money.

1. Have fun, but remember – you're working

Music festivals are meant to be fun for everyone involved. You should really enjoy your time there, both playing and seeing other acts. If you’re going to SXSW, you know you’re going to have a lot of late nights and a lot of alcohol. Don’t worry; it’s how you’re supposed to do it, and everyone else will be doing the same.Having said that, it’s important to remember that while you’re throwing 'em back and ordering your next beer, you are also working. In the music industry – this includes artists, managers, and pretty much everyone else – it can be hard to remember that concerts and parties are where you work. Bands don’t have offices, and many people in the business spend more time at these kinds of events than they do in their headquarters, so it should be treated with a certain level of professionalism. It would really be a shame to spend all that money and go all the way to Texas just to come home with nothing more than a hangover and a depleted bank account. SXSW is a fantastic opportunity to get a lot of “work” done, so while partying is fun and, arguably, necessary at an event like this, remind yourself every so often that you are, in fact, working.

While you’re out and about meeting all kinds of people, it’s important to have something to give them to remember you when they get home. A business card can work and is a good thing to have (not to mention a cheap and easy option), but if you really want to jog someone's memory when he or she unpacks bags full of promo materials and calling cards, you might want to spend some time, money, and effort on something that really stands out.Instead of the typical business card with name and contact info, try adding photos, or looking for interesting shapes. While CDs work, going for a USB stick with MP3s and other info already loaded is more interesting and easy to use. Sure, these might cost more to make, but what good does a thousand ignored business cards do you?

Staying focused at a music festival can be tough when there's incredible talent everywhere you look. This is a challenge for everyone. While you should go see Band X because they’re buzzing, you haven’t seen Band Y’s manager in a long time, and Band Z is really one of your all-time favorites. All three (and many more) are playing in the same time slot on the same day. What to do?A good practice at a music festival like SXSW is to keep moving and not settle into one venue for too long. If you’re in a band working the festival (or anyone, really), it’s good to see and do as much as you can. No matter how good the lineup may be, try to hit at least a few shows per night, staying at each one for no more than two sets. It’s good to be seen at several places – and hey, you never know who you’ll meet or which act you’ll fall in love with if you bounce around.

4. Meet everyone you can

Music festivals in general are a great place to make new industry contacts, but none may be better for that than SXSW. The annual free-for-all is chock-full of everyone you could hope to meet – from label bosses and managers to promoters and, especially, press. Don’t be shy! Strike up a conversation with anyone you see, and go with it. This may seem like common sense, but you may be surprised at how many people only look for friends they already know and end their stay without having met anyone new.On top of that, SXSW is also a really great opportunity to meet up with all those anonymous people you “know,” but have never actually met. These are the bloggers you know by email or the industry people you follow on Twitter. Tweeting and emailing are great, but there’s no better way to form a real relationship than meeting face-to-face. More people in the business go to SXSW than any other festival, so shortly before everyone arrives, reach out to all those faceless names and see who's free for a drink. Meet up at a show you both want to see and start solidifying new bonds.

There are, of course, plenty of ways to save money and do SXSW on the cheap, but, no matter what you do, it’s going to cost you something. If you remember to mix work and play, you can return from Austin knowing it was money well spent.