Get Your Act Together: 7 Things That Make Your Band Look Bad 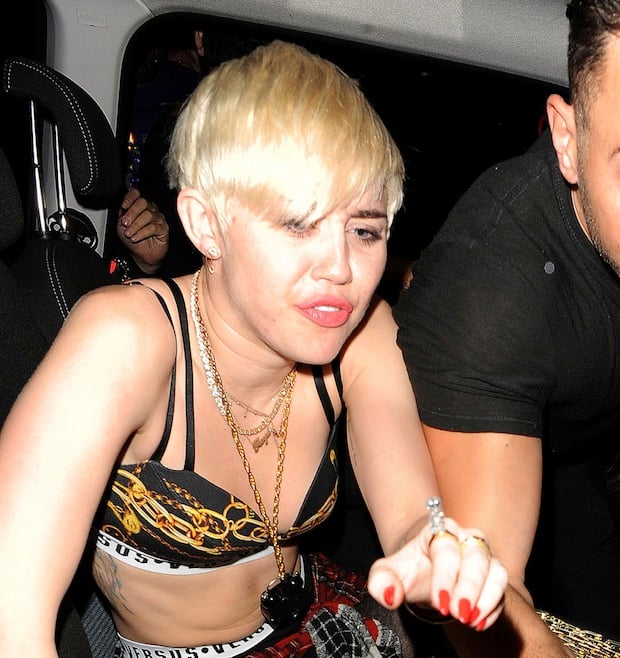 Everyone seems to be in a band these days, right? Venue managers are bombarded with booking-related emails and phone calls every day, and record label execs are consistently buried under demos and press kits.

So, how can you break through the static?

Not only should you carry yourself professionally enough to be considered by key decision-makers in the first place, but once you’ve taken the stage, you need to make a stellar impression if you want your phone to keep ringing (and your wallet to stay full). Even if you're a brand new band, you should be acting like true professionals from start to finish if you ever want to be treated like professionals.

Wondering if you're doing something that rubs fans and industry people the wrong way? Here are the top seven offenders.

1. Your email address is ZeldaLover1992@hotmail.com

No offense to Link, Zelda, or the land of Hyrule, but any email address that’s not name@yourbandname.com just isn’t professional. Think about it: In today’s digital landscape, email is used just as much – if not more – than phone calls.

Most likely someone is going to find your electronic press kit through an email to a venue, right? So if they open up an email from ZeldaLover1992 or BigDaddyJenkins1968, it’s just going to be laughable. Unfortunately, this is a lot more common than you may think! Sure, it may not be as comical as those examples, but what looks more professional, ringo@thebeatles.com or johnathan1992@yahoo.com? Obviously the former. If you don’t have your own email/domain, you can always opt for yourbandname@gmail.com. I’d always recommend Gmail because it's free, it's clean, and it has great organization functions.

2. You call out folks online

A band I follow on Facebook just finished up a very successful Southern United States tour. However, they ran into an issue – one that unfortunately tends to happen during tours. At the end of the night at a particular venue, there was some confusion regarding whether it was an upfront fee or a 70/30 split. The band didn’t get the money they expected, which was more than just a simple setback – it was detrimental to their touring budget. However, instead of thanking their fans and moving on, they took to their Facebook page and went on a massive tirade against this venue, complete with expletives and the full names of everyone involved. To make matters worse, their fans didn’t even interact with the post. Barely any likes or comments – just an angry temper tantrum floating out there on the web. Yikes.

While the band had every right to be upset, it simply didn’t look good for them to write a novel on their page accusing “Mr. Smith” of ripping them off. Think of a brand you know – Coca-Cola, Apple, Sony Music – would they write an angry Facebook post if a business deal went bad? No. They would keep it between the two parties involved, and so should you.

You know that friend that TYPES IN ALL CAPS, or seems to be completely unaware of spell check? Be aware of how you present yourself online. This is a simple one, but it goes a long way. Whether it’s a cover letter to a venue, a Facebook status to fans, or an email to a label exec, be sure that you’re writing at least in a semi-professional way. It’s hard to take musicians seriously if they don't communicate like professionals.

Once a year or so, a major artist gets booed off stage. It doesn’t matter who, but it happens. The culprit is almost always that the artist was majorly late to the stage. So if fans don’t let it slide for Lady Gaga or Rihanna, why would they let it slide for you?

Now, things do happen. The opening act might play for too long, or the venue might still be filling up. Regardless, be sure to address it – and apologize if needed – so the fans know you’re not trying to waste their time.

5. You stop playing in the middle of a song

This seems obvious, but I’ve seen this way more often than I’d like to admit. If your song isn’t sounding like you wanted it to, don’t just stop in the middle of it! And if you do, definitely don’t say, “I’m not feeling this,” or “This isn’t working out, just stop.” You should have your music rehearsed to the point that if things aren't going well, you can rectify it without your fans knowing.

6. You don't know when to call it quits on the booze

Yes, a lot of bars and venues are going to feed you dinner and give you booze. Be a decent human and thank them, and act somewhat civilized. I’ve seen many a musician go from sober to a flailing sloppy gorilla within an hour set – and trust me, it's not a good look. You wouldn't keep shooting jager until you’re sweaty and slurring if you and your boss went out for drinks, would you? So sure, enjoy your freebies, but just be hyperaware of your limits.

What’s worse than getting hammered at your gig? Getting hammered at your gig and not cleaning up. Or, just not cleaning up. I’ve seen various artists leave not only trash – beer bottles, cups, napkins, food, plates – after their set, but I’ve also seen acts knock over house equipment with little regard. You’ve invited in this place to perform. If you spill or damage something, clean it up or let the manager know. Yes, this sounds like something your mom would say, but no one is going to book a messy band to perform again.

What do you think is the most unprofessional thing a band could do? Tell us in the comments below!

Lee Duck is a professional musician, producer, and lighting designer. In 2004, Lee founded Sky Eats Airplane, a heavy electronica band that performed using a computer. Lee currently designs automated light shows for bands and DJs that perform with backing tracks. You can learn more about his services at www.ducklights.com.