5 DIY Musicians Whose Writing You Should Read Right Now 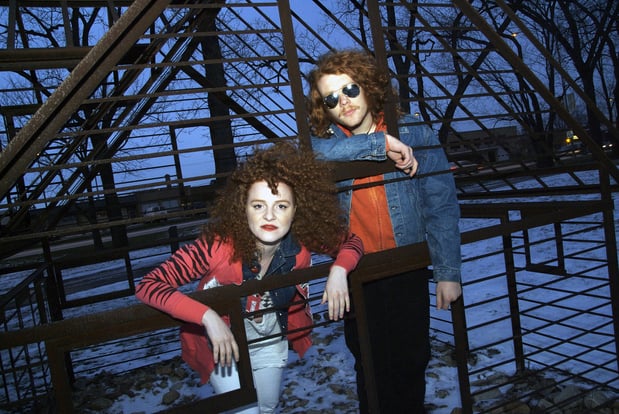 When practiced musicians with years of DIY know-how offer guidance, we listen, because we know that real-world experience offers some of the most accurate and telling lessons. There's no blueprint for newbie independent musicians to follow besides the histories of the folks who've carved that niche outside the mainstream before them — and the bands and artists who continue to cultivate it are the ones with the best foresight into its future.

We're thankful for the musicians who've documented their stories, and by sharing them have given a leg up to those just starting out. The list below is built around five musicians who broadcast their knowledge with the intent of uplifting others; it's a gesture so exemplary of DIY ethos that's another lesson in itself. Read on for our favorite stories they've written.

1. Alex White of White Mystery gives a course in DIY 101

We've expressed our awe of Alex White's DIY dexterity before — and her openness about life as a full-time musician, in particular, has offered a lot of constructive truths — but the White Mystery singer-guitarist's wisdom is vast, so there's always plenty more to add. After all, she's racked up more than 1,000 bookings around the world, all the while self-directing every other aspect of the band's operations.

White's a DIY warrior of the highest, most hard-working caliber. Up-and-coming musicians — and seasoned ones, too — can benefit from her advice, which she's recently compiled into this multi-volume how-to for the Riot Fest blog.

The advice series, dubbed Why DIY?, kicked off in June with an explanation of the DIY ethos and how she and her brother, drummer Francis White, have implemented them. From there, the guide runs the gamut of indie-band responsibilities from booking to organizing tours to writing press releases. And because White is a full-time musician, her suggestions are sustainable ones that encourage the financial and artistic survival of a band. (Don't miss this bit on how to make money on tour especially.)

[5 Touring Hacks Every Musician Should Know]

An electronics retailer may not be the first place you'd look for music-making insight, but perennial NYC company Adorama is also a dedicated educational resource through the workshops and online content offered through its Learning Center. In June, they smartly contracted veteran musician Sara Landeau, guitarist for feminist punk-pop act the Julie Ruin, for a new series called InSound that's a total boon to all musicians from eager beginners to seasoned career lifers.

The slew of articles published so far covers everything from gear to genre histories to recording equipment and touring life — all penned from the experienced perspective of Landeau who, in addition to playing guitar, bass, and drums, is a producer and engineer at her Brooklyn Studio for Women and Girls, works as a staffer at Willie Mae Rock Camp for Girls, and has taught private lessons for more than 15 years.

We especially appreciate her touring tips: condensing your pedal board, essential items to take along, and how to best carry your guitar on flights. (Hint: Wearing all black helps.) Don't miss her suggestions for crawling out of a creative writing rut, either. They're uniquely refreshing and proven to be effective — tested by Landeau herself, of course.

The singer of feminist pop-punk band Tacocat was crowned Music Editor of BUST last July, and while her tenure since has been undeniably awesome, her work last year in the same role at Seattle's The Stranger is a trove of advice built on nine years of DIY gusto that undeniably helped power the band's impressive upward climb.

One major highlight of Nokes' contributions there is a 2016 overview that wraps up 110 days of touring as the group popularity saw yet another boom, just after the release of Lost Time, their third full-length album. Misogynist commentary at a major music festival, playing a Bernie Sanders rally, performing in North Carolina just after the transphobic “bathroom bill” was passed, and navigating Europe are among the many experiences recounted in this personal essay-style piece.

Nokes' general unabashed candidness and organically slipped-in humor add to its resonance — it's a great kickoff piece before delving into the rest of her writing there, plus her stories for the Talkhouse alongside bandmate Bree McKenna and, of course, all the music content written by other great writers that she oversees at BUST.

Between drumming for LA punk icon Alice Bag and her own band, the queer post-hardcore outfit YAAWN, Candace Hansen also crafts some truly impeccable stories for various outlets, like Tom Tom Magazine and the OC Weekly. There's a particular piece for the latter, where she's a regular contributor, that's especially noteworthy for up-and-coming bands: It's a guide to prepping for your inaugural trip outside your hometown scene.

Hansen's tips are grounded sturdily in the realities of touring: Don't overstretch on first go, don't head out in an unreliable vehicle, don't bring your buds along. Culled from years of experience, her advice is logical and often very blunt; she doles the kind of true-to-life advice that can prove extremely valuable to fledgling road warriors.

5. Victoria Ruiz of Downtown Boys highlights the intersection of music and politics

Fronting a decidedly political hardcore punk band is only one of Victoria Ruiz's outlet as an activist. She's also the co-founder of Spark Mag, a project of grassroots group Demand Progress that spotlights musicians and artists whose work supports progressive politics and impacts social justice.

Her piece on how bands can use show spaces as tools for resistance is illuminating, and charged with potential for meaningful change. In their hometown of Providence, Downtown Boys teamed with the Community Defense Project to help amplify their movement to fire an abusive, racist police officer — and that's just one example of Ruiz and company's continued effort to “weaponize music and the community that surrounds it.”

Much of her other writing for Spark Mag involves profiling other acts, which Ruiz does so expertly, drawing out the political both in the subjects she features and the questions she asks them. We'd be remiss not to point out her excellent piece over at the Talkhouse in defense of the Affordable Care Act, in which other musicians also weigh in on its importance and how its repeal would be devastating to so many Americans.

[The Musician's Guide to Talking Politics on Social Media]