Save Time on Social Media: 5 Kinds of Images You Can Pre-Plan for Your Instagram 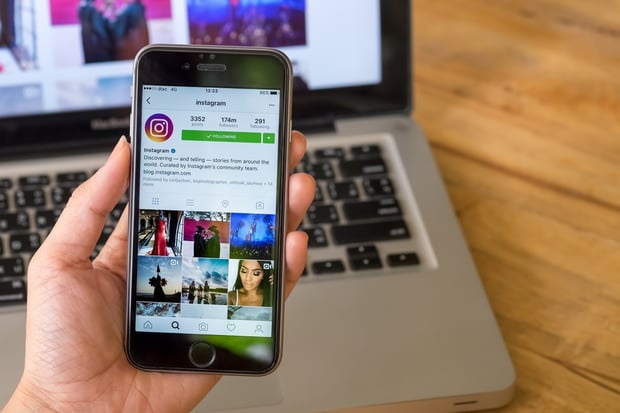 I have spent a lot of time on this blog writing about how pre-planning or scheduling your social media posts is perhaps the best way to ensure you always have a steady flow of content, which can keep you on top of people’s minds and even gain you new fans in this socially focused world. It’s incredibly easy on Twitter, where there are dozens of applications that allow you to actually schedule messages to go out on specific times at certain days, but Instagram is a bit trickier.

Making sure you have enough quality images at your disposal can be a lot of work, and you have to stay on top of your schedule, since Instagram doesn’t actually allow for pre-scheduling. (There are, however, third-party platforms that do; we'll cover that later.) You’ll need to think ahead and remind yourself almost daily to prep pics and actually post them, but that doesn’t mean you can’t still get ahead of the game and have things ready to show the world at a moment’s notice.

It seems exhausting, but you'd be surprised how quickly you can collect a lot of really excellent content to share with your fans over a long period of time. Here five places to mine great pics for your Instagram.

1. Photos from past gigs

This is an easy one, and hopefully you’ll have a ton of these laying around. It’s a good idea to have a photographer come out to a show every once in awhile, and if you give him or her permission to shoot the band during the entire event, you’ll come out of the evening with potentially dozens, if not hundreds, of photos you may be able to use on social media for months to come.

If you can find someone with a camera and even limited abilities at random concerts or stops along a tour, you’ll truly be surprised how many shots will come out of it, which will likely make your investment worthwhile (and it doesn’t even need to cost you a lot).

[5 Ways to Get Professional Band Photos Done Cheap (Or Free!)]

One note: I suggest having someone shoot several different shows so that you can alternate when posting older shots. Don’t keep 100 pictures from the same concert and upload one every week, because your fans will be able to tell that you only had a single photog at one performance based on things like the venue and what everyone is wearing. You can get away with it if you’re smart and space everything out intelligently, but not if it all looks the same, week after week, month after month.

Okay, you can only do this once a week, but it can be a really great way to fill up the calendar, make it seem like you have a healthy, steady stream of content coming, and use up tons of old photos you have sitting in a file on a computer somewhere languishing, just waiting to be edited and viewed.

Throwback Thursday, or #TBT, is a fun hashtag, so keep it that way! Your pics can be one-month old, or they can date back to when you were a child. They can be great images or crappy scans of prints. They can be related to your music or about nothing in particular. While you should put in some thought and plan when it comes to your social media (which is essentially what this article is all about), don’t fret too much, especially when it comes to something like Throwback Thursday, which is meant to be the easiest of the easy.

If you thought you had a lot of photos from a photographer you hired for the evening, think how many you’ll have if you ask your fans to send you some! Everybody has a camera phone in their pocket, and chances are you’ve seen more than a few of them in people’s hands and in the air while you’re performing, so why not put all those snaps to good use?

Mention while you’re onstage or post something on social media explaining that you’d love to see what everyone got, and it’s likely you'll receive more pics than you’ll ever need, especially if you keep asking every few months.

Most of the images that are sent your way won’t be any good, but even if only a few come your way are passable, that’s plenty of content you can share with the rest of your followers, and those who took the original photos will be really pleased when you tag them and thank them in your caption.

Having professionally shot images from a concert is great, but you’re also going to need photos of you and your bandmates when you’re not under the lights. After all, even if you perform every night, the vast majority of your time is spent offstage, so make sure that part of your life is shown on your social channels as well.

These pictures can be of almost anything, but I’d say it’s better if you keep them related to your career in some way. Have someone who knows how to frame a great shot hang out during band practice, join you in the studio, travel with you, or even just stop somewhere that’s a nice setting and shoot a few images. There are countless places and millions of photos that could work here, and you don’t even necessarily need a photographer to take them. Have one member pull out their iPhone while another is writing a song or laying down a track, and make sure they get something good.

Instagram works best when the images are high-quality, so do your best to try and think like your a photographer and not just someone who happens to have a camera built into your mobile computer.

5. Anything you can't date

This idea is more of a recap, as it involves everything I’ve already mentioned, but I thought I’d nail the point home. Instagram doesn’t need to be only for those images you just captured. If you’re smart about how you present them (and when), pictures that are years old can be passed off as brand new, which can be helpful to those who can’t spend all their time posing or hiring professionals.

Take note if anything has changed (has someone cut or dyed his or her hair? Did a band member get a nose ring?) but don’t feel bad about uploading a nice photo and simply not discussing when it was taken. You don’t need to lie, but you also don’t need to write down every detail about every shot.

How do you pre-plan your Instagram? Let us know in the comments!