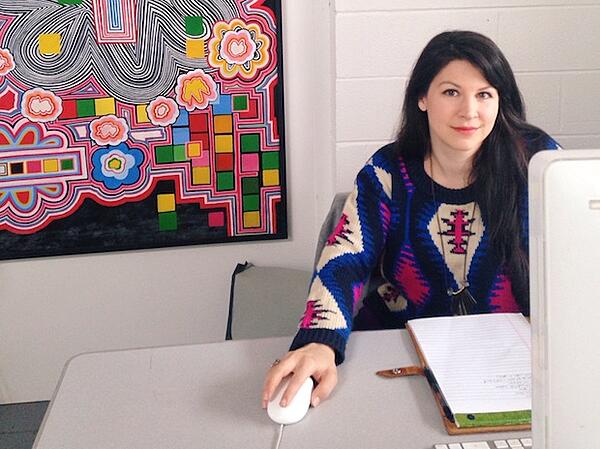 Sonicbids contributor and Riot Act Media rep Alyssa DeHayes has confirmed she'll be in the trenches of SXSW this year. Photo courtesy of Alyssa DeHayes.

To anyone who thinks SXSW is a ways off: get it together! Planning begins so far ahead of the March festival that it practically starts while the current fest is ongoing. The perfectly pandemoniac event begins less than two months from now so, needless to say, loads of artists have already been announced, and a slew of influential media folks, of course, have already confirmed attendance.

Below are five crucial constituents of the independent music scene, all of whom are pretty much guaranteed to miraculously tweet a thorough SXSW play-by-play, despite the fest's inevitably chaotic atmosphere.

Bonnie Stiernberg's eye on culture is so sharp that she skillfully curates Paste's TV and music sections. She's got an impressive range, too: Recent artist spotlights are as disparate as indie pop duo Foxygen and FAME Studios founder (and central character of the Muscle Shoals doc) Rick Hall.

The music editor at Flavorwire seems exceptionally tireless. Not only does Jill Mapes manage and contribute content at her main gig, but also she writes for other publications (like Pitchfork), regularly muses on Tumblr, and avidly tweets on-point social, cultural, and political commentary. Jill Mapes' brainwork is impressively fervent, and oftentimes quite entertaining.

Sonicbids contributor and marketing maven Alyssa DeHayes has assured us she'll be at the fest this year (like she always is, pretty much). Under her wing at Riot Act Media are Natalie Prass, River Whyless, Tall Tall Trees, and loads of others. DeHayes also boasts a newly minted label, Arrowhawk Records, through which she's released work from Pinecones, Bambara, Dream Boat, and more.

Another music journalism workhorse is Laura Studarus, whose writing yield puts many a freelancer to shame. She's a household name at myriad publications: MTV Iggy, NYLON, Billboard, and Under the Radar, just to name a few. She even traveled to Iceland to cover the making of a new video from electronic pop singer Sandra Kolstad. Up-and-coming artists should be attentive to work – she's masterful in bringing greater exposure to relatively unheard of acts hailing from all over the world.

Loyal PR laborer Nick Dierl works ardently for Life or Death, where he's at the helm of campaigns for Mac DeMarco, of Montreal, Hanni El Khatib, Mikky Ekko, and many, many others. Dierl tells us a showcase, likely a collaborative one, is in the works. Stay tuned for an official announcement via his or Life or Death founder Heathcliff Berru's Twitter.

Have any other recommendations for music industry insiders to follow on Twitter? Leave them in the comments below!