Need Some Musical Inspiration? Here's the Documentary You Should Watch on Netflix This Weekend 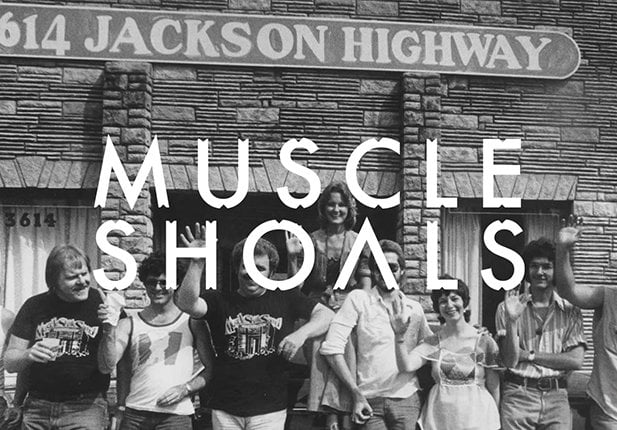 "It had long since come to my attention that people of accomplishment rarely sat back and let things happen to them. They went out and happened to things." – Leonardo da Vinci

Muscle Shoals, Alabama, has always exuded a sense of magic. From the 1960s to today, artists such as Aretha Franklin, Wilson Pickett, Paul Simon, the Rolling Stones, Lynyrd Skynyrd, the Allman Brothers, Bob Dylan, and Otis Redding have recorded hits at FAME Studios, founded by Rick Hall, and Muscle Shoals Sound Studio, founded by the rhythm section known as the Swampers. In the 2013 Magnolia Pictures documentary, Muscle Shoals, the artists and producers who created some of history's most creative and groundbreaking music retell their stories of success. The film is both entertaining and inspiring, offering a greater look into what truly created that Muscle Shoals sound.

The most prevalent theme throughout the film is determination. The film centers around FAME founder Rick Hall. In order to successfully run the studio, Hall overcame immense poverty and life tragedies. During the beginning of the Muscle Shoals Sound, the racial tension in the south was at a high. Hall's integration of black and white musicians was shocking to some at the time, but was key in creating the sound and the group of players known as the Swampers, who eventually went on to open their own studio, Muscle Shoals Sound Studio. Both FAME Studios and Muscle Shoals recorded an enormous number of hits and have cemented their place in music history.

One of the greatest moments in the film is when a young Aretha Franklin arrives in Muscle Shoals. While she had seen moderate success up until then, it wasn't until her studio session with Rick Hall and the Swampers that she created one of the greatest songs in pop and soul music: "I Never Loved a Man the Way I Love You." Conflict arose with Franklin's husband, and she left the next day. Despite this, her song topped the charts all around the world, securing her title as the Queen of Soul.

Determination is the key to success, something all musicians must have in order to succeed at their craft. I highly encourage taking some time to watch the Muscle Shoals documentary and learn about the history behind some of our most beloved songs. While the film primarily focuses on Rick Hall, the Swampers played a huge role in the Muscle Shoals Sound. A deeper look can be found in author (and Sonicbids blog contributor!) Carla Jean Whitley's novel, Muscle Shoals Sound Studio: How The Swampers Changed American Music, which focuses on the rhythm section-turned-producers and their contributions to history.

Have you seen the documentary? Let us know your thoughts in the comments below!