Photo by João Silas via stocksnap.io

There's no shortage of press outlets catering to the independent music world. Even the big leagues – Spin, Rolling Stone, NPR – keep a close watch on small labels these days. It's not signing to a major that stands in the way of press anymore but, oftentimes, your social media prowess. There are a lot of others, however, that aren't afraid to risk the chance of fewer clicks by regularly featuring unfamiliar names.

These five have popped up within the past five years, and they've already got sturdy readerships. As new additions to the already overcrowded world of music writing, they've found ways to stand out. Breaking brand-new bands and artists is one of them – maybe your project could be next. 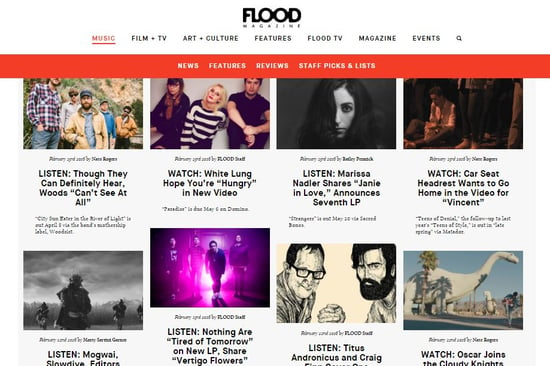 Best for: Noteworthy sounds of all styles

Editors and the co-founder of Filter magazine launched Flood two years ago with the intention of covering a broad swath of culture, from film and TV, to art and even travel. Music, of course, is a massive piece of that patchwork. For features, debuts, and more, they handpick from not only from household names, but also lesser known up-and-comers – as evidenced in their recent track premiere for Jaye Bartell. While the singer-songwriter is slated to release his third LP on Captured Tracks sister label Sinderlyn in late April, his following isn't too far reaching just yet. But Flood aims to champion quality contributors of fresh and interesting art and culture, regardless of clout.

How to get in touch: Check the about page for a general email, plus names of editors and the roster of writers. 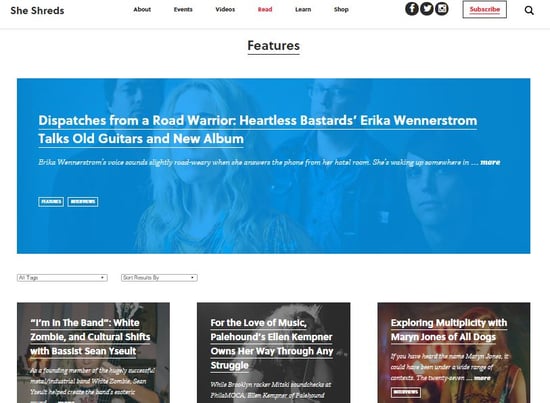 Best for: Women guitarists and bassists of all genres

There's more than one purpose for this fast-growing digital and print outlet. Highlighting women guitarists and bassists in an industry that systemically undervalues them is one thing, but underscoring its coverage is the goal of educating and inspiring hopeful and existing musicians. Since the first issue in 2012, the stories in She Shreds have reflected the outlet's ethos in the actual content as well as the featured subjects – most of whom are equally committed to the perennial struggle for equal representation.

How to get in touch: There are separate contacts for print and online, so be sure to read the descriptions carefully here. 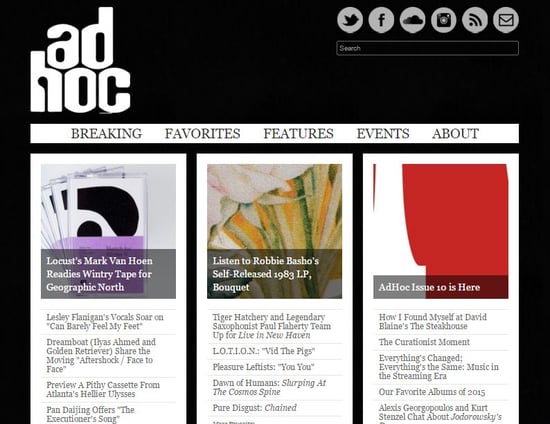 Best for: Noteworthy figures belonging to burgeoning scenes of all kinds

Launched in April of 2012, AdHoc hones in on emerging artists and scenes of the underground. Bringing inconspicuous movements to light is their MO. They've even got a dedicated breaking section, and despite the brevity implied there, they consistently connect the band or artists to the movement they're helping propel. They're true pushers of DIY culture; in addition to online coverage, AdHoc also issues a 'zine, and their crew organizes events around New York.

How to get in touch: Hitting up the general editorial email is your best bet. 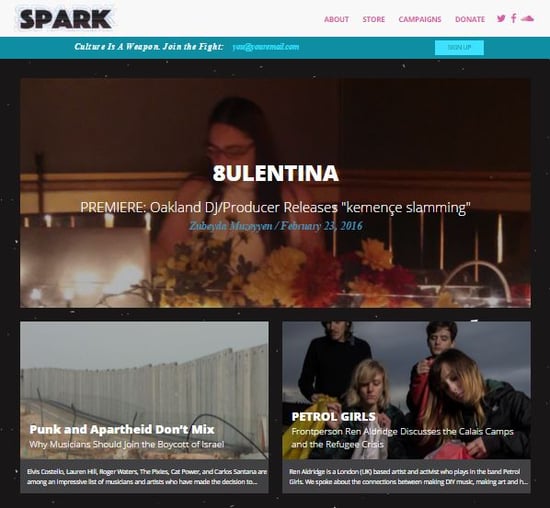 This newly launched outlet, helmed by Victoria Ruiz and Joey DeFrancesco of Providence punk band Downtown Boys, is a project of grassroots democracy group Demand Progress and is partnered with the Future of Music Coaltion and Impose magazine. There's really nothing else like it: A dedicated platform for spotlighting radical musicians and artists, with plenty discussion about their ideals, politics, and activism. Sometimes, there's even an option to purchase their work directly through Spark Mag with 10 percent of sales going back to Demand Progress.

How to get in touch: You can find an email here, as well as more about their mission. 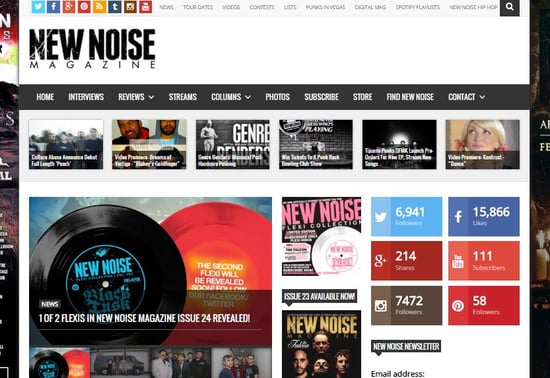 Best for: Rock and its offshoots, hip-hop (rooted, not necessarily strictly)

Delivered every 45 days in print and daily online, New Noise magazine's first love is in the name. Sensitive ears need not apply – this one panders to fans of punk, metal, hardcore, experimental, and so forth. (The black sheep of the rock family, like tenderhearted pop-punk and emo, are also occasionally included.) Though founded only three years ago, NNM's reach on Facebook has already soared past 15,000. That could likely be a result of how steadily online premieres, streams, and reviews are churned out.

Their separate hip-hop section doesn't have as strong an online presence, but we think that could change if they up the frequency to match that of the main site. Underground up-and-comers are part of the mix, but also generally well-known acts like Tech9ne or Action Bronson. It's not the quality of coverage that's lacking, but the quantity. Things seem to be picking up this year, though – content is coming out more frequently. Now would probably be a good time to try finding a spot in their expanding field of view.

How to get in touch: Try the form on the contact page or look for the social media listed for individual writers (located at the bottom of their posts). ​