5 Smart Ways to Promote Your Show (Besides Posters and Facebook) 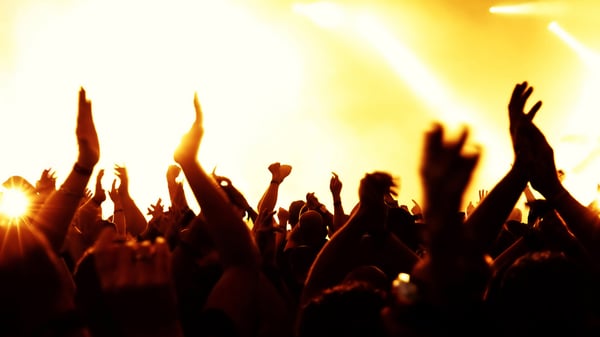 In addition to creating a Facebook event and pushing it on all your social media accounts, you should always take the tried-and-true route of passing out flyers and hanging up posters when promoting an upcoming show. But that isn't necessarily the end of your marketing efforts. There are even more ways to spread the word.

Some of these ideas are actually commonplace, but because we tend to grow accustomed to a routine, this list, overall, will serve as a reminder of how to vary your promotional strategy. Even better, though: Most are also opportunities to grow your relationships with other local creatives and further your involvement in your city's independent scene.

Note: If the promo involves free entry, run it by the venue or booking agent who helped organize the show beforehand so as not to blindside them the day of the event. (Don't worry – they'll probably be on board.)

1. Team up for a door prize

Consider pairing up with a local artist, T-shirt company, or other upstart goods-maker for a giveaway at the event. The hundredth person to enter that night, for example, could win the prize, which should be advertised on social media well ahead of the event. The goal, of course, is to promote to each other's fanbases in hopes of spreading both your names. Be sure to announce the winner onstage too, though, for an extra push. And don't forget to give your door-prize partner free entry to your show as a thank-you for collaborating.

[5 Unconventional Collaboration Ideas for Bands (That Don't Involve Other Musicians)]

Everybody loves free stuff, right? If you can't find someone to team up with, consider offering one or two lucky fans free entry. This kind of giveaway is not only a tool for further spreading the word to your fans, but also, if done correctly, can help you grow your following.

We guarantee there are at least a few cool internet radio shows or music podcasts operating in same city of your show. (A quick search should turn up a few.) Contact your favorite at least a month ahead of the gig and ask if they're interested in an interview or guest appearance of any kind. It'll give you a chance to plug your show, of course, but also will help you develop a relationship with local media.

As an independent, up-and-coming band, local blogs and alternative papers are your best bet for coverage. Get to know the outlets operating in your city, and find one that makes sense for you to try working with on this and all future gigs.

5. Add a vendor with an established following

Know of an awesome local cupcake baker? A designer of handmade rock 'n' roll gear? A popular button company? A food truck that could park outside? Not just any vendor will make sense, of course, but if you can find one that fits in the crowd you're hoping to draw, why not ask them to set up shop? They'll help promote the show for their own sake, and you can help them in turn by giving them an opportunity to sell their goods. If you choose appropriately, your fans will likely appreciate it – and it'll make the night that much more memorable. This is another one where you'll want to get approval from the venue beforehand though, especially if the vendor offers food and the club sells its own.