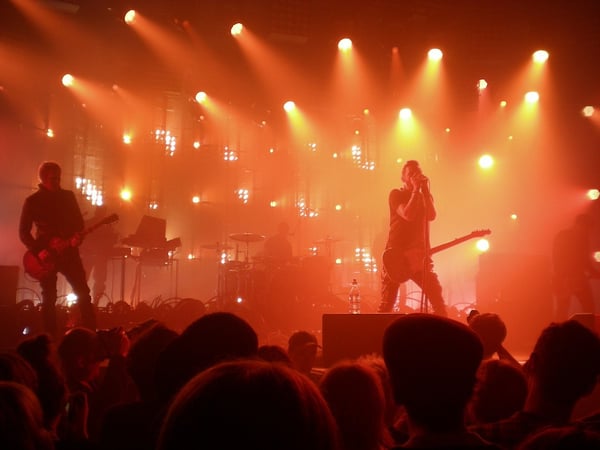 I don't wholly support the idea of "working smart, not hard." Shouldn't you do both? Still, there are ways to maximize the efficiency of your efforts. When you're promoting a show, the key is almost always timing. Check out the five points below to learn why.

1. Consider the local outlook before booking

This is something to think about before promo can even start. You won't always have the luxury of booking exactly when you want (especially if you're on tour), but when you can, survey the city's show outlook before choosing a date. Avoid competing with a like-minded gig booked for the same night. Not only will it help in terms of attendance at both, but also it shows courtesy and respect for the scene.

That said, again, you can't always avoid overlapping with bands of similar styles. Even when you think you've successfully picked a problem-free date, someone could book a conflicting show after you've announced yours. You should still try, though. It's worth the minimal extra effort.

2. Get posters up a month in advance

You should have a poster advertising your show prominently displayed at the venue you're playing at least a month in advance. Multiple posters is even better, of course, and hanging more beyond the club at nearby bars or other places your audience frequents is best. If you can't afford much, though, it's worth it to get at least one up at the venue.

[Tutorial: How to Create a Beautiful Gig Poster When You Can't Afford a Graphic Designer]

Using social media to promote your show is a given, of course. You can make better use of your posting, though, if you always work with each platform's peak times.

For more details on this, check out this CoSchedule report that culls data from 16 different studies.

[Exactly What and When to Post on Social Media [Infographic]]

4. Give your event a boost a week ahead

If you're on a budget and can't afford a heftier boost early on, considering boosting your event the week of for a lesser cost. Even with a $20 boost the week of, you're very likely to see a spike in attendees. (Seriously, I paid $15 yesterday on one and the reach was upped significantly, resulting in six event responses. That's six more people attending, and four days remain before the actual event.)

Push promo the week of in person, too. Flyering shortly before, rather than weeks ahead, gives people less time to accidentally forget about your show. If you can't afford to spend on a big bulk order or you don't have time to flyer much months in advance, try printing a small batch. Hand it out just ahead of your show on a night specifically picked to reach a lot of potential attendees.

A positive show review is always welcome press for your band, but coverage in advance of the gig is far better in terms of helping draw a crowd. Don't just invite a writer out. First, ask if they can help with any pre-show coverage.

Reaching out to the right writer is important here. Do they ever write about upcoming shows? Do any of the publications they write for even feature gigs beforehand? Do they cover bands like yours? Read this checklist for contacting press from an actual publicist to make sure you're not forgetting anything.

In some ways, it's easier to get pre-show coverage when you're playing outside your home city. Your visit stands on its own as a reason to feature your band. If you're a local band playing a show in town as usual, a local writer may not find it newsworthy enough to cover. Try this list of angles for press when you don't have a new recording to push.

Of course, even if you can't get press ahead of your show, you should still invite a writer or two to attend. It won't help your turnout this time, but your performance could convince them to write about you in the future.