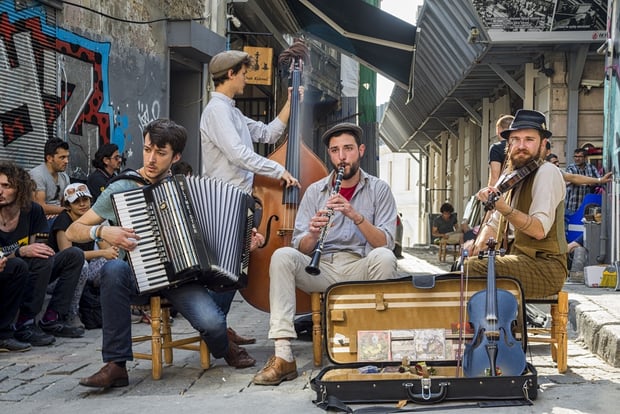 It’s 2019, and we’re all trying to be more productive. It’s a common New Year’s resolution, but it’s something that everybody struggles with all year round. Getting the most out of every minute is important, but that doesn’t mean that actually achieving such a goal is easy. Many actions that seem like they may be helpful are actually harmful, while other pieces of advice that appear counterintuitive can truly make all the difference.

If you’re looking to be a more productive musician in 2019 (and beyond), here are a few tips that will help you actually complete more projects this year, as opposed to simply doing more stuff.

1. Stop checking messages all the time

Social media and email are ingrained in all of our lives at this point, and both of them are certainly important. Email is the primary way to speak to anybody about anything business-related, which, for you, would be everything from booking a show to signing a record deal. Social media is now how fans and artists connect with one another, and every day it seems to be taking up more and more of our lives.

Having said that, both of these things can also steal time away from your day in small chunks, and that’s never a good thing. Instead of constantly tweeting and answering every email instantly as it comes in, try setting aside designated time for these activities. Every few hours, check your social pages and your email to see what has come in, and spend 15 to 30 minutes replying, depending on the volume. After that time has expired, move on. You can always come back to it in a little while, so don’t worry if you haven't addressed everything.

I personally have started closing the Gmail tab in my browser, because no matter how much I’m aware that it pulls me out of my work, I still find myself checking it constantly if it's open.

2. Think before you do

Before you begin any task, stop for just a moment and think about how important it is, or whether it really needs to be done at all. You don’t need to reconsider your entire life and everything you do, but is this one thing in front of you really worth whatever amount of time you’re going to spend on it?

Be honest with yourself and with your time. Many people believe they can cram an insane amount of productivity into every day, but that’s usually not the case, and thinking that will lead you to spend half of your time on things that might not matter.

By cutting out those items that aren’t truly necessary (or at least moving some of them down the list), you’ll get a lot more done in the end. Yes, I know it sounds odd, but doing fewer things can actually make you more productive where it counts.

3. Start and finish a task in one sitting

This rule doesn’t apply to everything, of course, but it’s a helpful one for many tasks. Returning to a project uses up extra time because you lose your thought process and your flow, and while that might sound silly, it can seriously hurt your productivity. Think about writing a blog post, for example. You might be on a roll, but then you check your email and begin answering some messages. Then you’re caught up in that, and by the time you return to what you were doing in the first place, your mind is elsewhere, and it can be difficult to refocus.

This sort of thing happens all the time, but not if you don’t let it. When you begin something, try to determine if it’s the sort of task you can finish in one sitting, and if it is, don’t allow yourself to switch focus until it’s done.

4. Be picky with your meetings and calls

Getting to really know people is great, and actually speaking with another person on the phone or in person is much better for forming relationships than email or social media, but they’re also much more time consuming. Before scheduling a meeting or call, think about if it’s really worth all the time you’ll need to put into it – which, don’t forget, includes getting to and from a meeting place.

Try grouping all of your calls together into a stretch (though don’t make it too long, or you’ll completely zone out by the last few), so you can get them all done with. If you’re headed into a neighborhood or a city, try to schedule a handful of meetings in one day, so as to get the most out of your time. You shouldn't stop seeing people in real life, but be aware of what you’re doing as you make plans.

5. Beware of over-planning your day

Many people think that planning their life to death will help them be more productive, but that simply isn't the case. In fact, if you spend all of your time scheduling and keeping track of every detail, when does the real work get done? Instead of making sure there is a meeting, call, or task for every minute of the day, try to only have a few important items on your calendar each day. This doesn’t mean you’ll only complete or get to a handful of projects on any given day, but rather that you have time to do what truly needs to be done. And once those things are completed, you can move on to other tasks that might not have been properly scheduled, but that are on your general to-do list.

Also, if every second is scheduled and even the smallest thing goes wrong (which it will), your entire day can be messed up, and then you can spend all of your remaining time rescheduling instead of actually doing.

Next up: 4 Productivity Hacks for Musicians (And Everyone Else)