5 Tricks I've Used to Get Booked for More Gigs 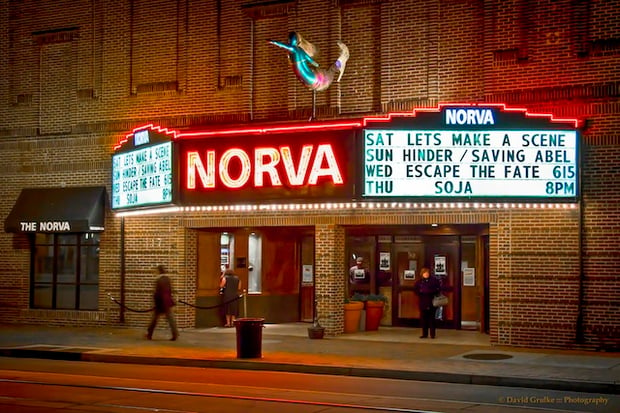 These days, there are more bands than ever, and venues are closing down in major cities all over the country. This obviously presents a problem. There are a lot of bands competing for a limited number of gigs. If your band is gigging at all, you're doing pretty well. However, lots of serious bands have the drive to play more frequently, but are often frustrated by not being able to book as many gigs as they would like. If this describes your situation, give some of these strategies a try.

Unless you live in bigger city that has a lot of music, it's likely that there are only a few places that you'll be able to play in your area. Even if there are a lot of venues, you're definitely going to be wearing out your audience by only playing in the same area to the same people, and you'll probably be wearing out the club owners, too! If you're looking to book more gigs, regardless of where you live, you'll want to zoom your lens out and think regionally rather than just locally.

Not only will this give you more options in terms of venues, but it will also allow you to keep your audience fresh and prevent the club owners from feeling like you're a bother. If you're gigging regionally, it's completely realistic to play out every single weekend and not have to worry about oversaturating your market.

2. Focus on people, not places

Booking agents at local venues, especially popular ones, get bombarded by emails on a daily basis. If you don't have a good guaranteed draw that will get the room filled, your email is likely going to be ignored. Instead of going after venues for more gigs, focus more on connecting with the people who are actually playing gigs there!

The best way to get a foot in the door at a venue is by getting put on a bill with a band that can draw well so that there's less pressure on you to bring more people than you're realistically able to. You'll be making it far more difficult for yourself if you're constantly bothering the venue's booking agent about getting on a big bill; that's what everybody wants!

Focus on making friends. Instead of spending your time researching and emailing new venues, spend that time researching and emailing new bands in your region that have a similar sound to you. Better yet, once you've found a band like this, go to a few of their shows and introduce yourself! It's much easier to get gigs through other bands than it is to get them directly through a venue, at least when you're still getting started. Just be sure to return the favor; if a band you're friends with gets you on a bill with them, try your hardest to offer them a spot on the next bill you put together.

Once you've gotten on the bill, try to establish a connection with the person who books the shows there. Put a name and a face to the venue. Promoters and talent buyers can get nervous about local bands that they don't know and don't trust yet. If the person booking the club knows you personally and can be sure that you'll show up on time and sound awesome, it's likely that he or she will reach out to you again and again. Now, when you want to put a bill together, you'll have a person you can reach out to, rather than a place.

3. Make a habit of following up

If you aren't sending follow-up emails to venues and bands that you play with, you're missing a vital piece of the networking puzzle.

A lot of bands tend to put all of their focus in the pre-gig and gig procedures. Once the gig is over, the job is done, and they move on to the next one. However, just like releasing new music, there's plenty of work that needs to be done before, during, and after in order to make the most of the opportunity.

[The Show’s Not Over: How to Engage, Connect, and Follow Up]

The day after the gig, spend some time sending emails. First, email the club contact and thank him or her for having you, and make extra sure to include that you'd love to be back at the venue and are available for any bills that need an extra band. (On a related note, make sure to get an email address for the talent buyer/booking agent before you leave the venue if you don't have it.) After that, if you were asked by another band to be on the bill, send them a thank you for the invite, and let them know you'll try to return the favor (just make sure you follow through!). Then, reach out to any other bands that played. Tell them something you liked about their set, compliment their merch, basically just be nice and make the connection. You will be remembered!

You might be surprised by how many opportunities you can get just by being a good and frequent customer at a local small business. As a regular at a few places in my area, I've been able to book gigs at establishments that don't typically even have live music; at other places, I've been told I can play whenever I want and just have to send in an email.

If you're an acoustic/quiet act, pick a few cafes in town to frequent. Go in, learn people's names, talk to the staff, hang around, and just be nice. Once they become familiar enough with you, start telling them about your music. You might be able to get a gig or two out of it! If you're a louder band, you can do the same thing at bars or any other establishment in your area that hosts bands like yours. Again, you get gigs from people, not places. By getting to know the people who work at the place, you’re much more likely to secure a booking (and additional bookings down the road).

5. Start booking sooner than you think you need to

Venues like to have full calendars. It means that they'll be more likely to pay their rent and staff on time. There are always folks who are going to want to get on a bill for this weekend. However, there are far fewer folks that are thinking about where they'll be playing four to six months from now.

If your goal is to have your band playing steadily (at least one gig per week), then stop trying to book gigs for next week. Stop trying to pitch gigs for next month. Instead, solicit yourself to venues far, far in advance. The three-to-six-month range is great for local and regional gigging. As long as you have the draw for the room, you can almost guarantee that you'll be able to get the date you want at a venue if you're looking this far in advance. This requires patience, but it all pays off once you hit that first gig and are playing steadily for the rest of the year due to your diligence in the months prior. Keep lining up gigs as fast as you play them, and you'll be booked for the rest of the band's existence.

This is also a very helpful model for bands where the members are involved in multiple projects or have very busy work schedules. Arranging gigs this far in advance will give everybody time to check for conflicts, get work off, and basically make any necessary arrangements to make sure they'll be available.

This will be a great tool for your local and regional gigging, but is an absolutely essential part of booking a tour. I'd recommend starting even earlier for tours, at least six months in advance. This way, you can arranging your routing to be 100 percent efficient, and you won't have the stress of trying to fill the holes in your schedule at the last minute.