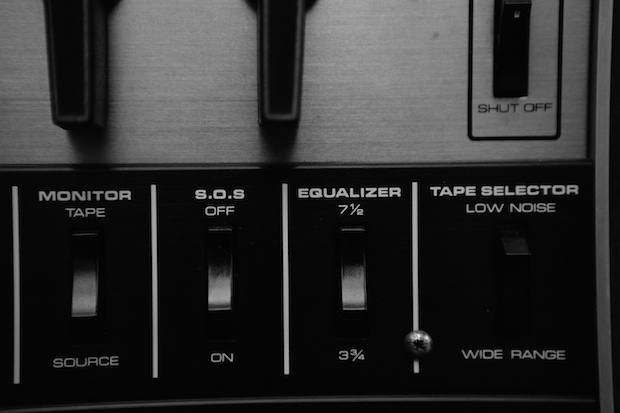 Photo by Little Visuals via stocksnap.io

When most artists venture into the world of DIY recording, they tend to be concerned with how to do everything properly. People ask questions like, "What’s the right place to put a mic on a kick drum?" or, "What type of mic should I use on a male rock vocalist?" While playing by the rules is a good place to start when you’re learning to record, there’s a time and a place for breaking the rules as well. Here are a few ideas to inspire you to break the rules when the time is right.

The concept of the trash mic is similar to the concept of parallel processing in the mixing phase: by heavily compressing, distorting, or otherwise affecting the trash mic, you can create a parallel version of the recording that doesn’t necessarily sound good on its own, but when added to the mix, gives the instrument a fuller or more interesting tone. This is a good technique to try on drums, but it could work well on any other acoustic instrument as well.

[DIY Recording Hacks: What You Need to Know About Mic Mods]

Placing a mic in a tub of water is one of the strangest recording techniques out there, but it’s not a new one – John Lennon famously sang into an underwater microphone (protected by a condom) for "Yellow Submarine" (although that vocal take wasn’t used in the final mix). Aside from making you sound like you’re in a submarine, an underwater mic can also be good for capturing low, wobbly sounds from kick drums. Of course, you’ll need to make sure the mic is fully encased in some sort of waterproof material so you don’t electrocute anyone. The most common technique is to put a mic in a bucket of water right in front of the kick drum. This will give you another type lo-fi sound that ebbs and flows just like waves of the ocean.

Experimental recording techniques don’t have to be limited to mic placement; sometimes the best way to modify a sound is to change the instrument itself. Since Erik Satie first started experimenting with placing objects on his piano strings in the early 20th century, pianists like John Cage and Hauschka have popularized the concept of the prepared piano as an instrument all of its own. Usually objects taped to a piano’s strings are used to create percussive sounds, but they can also be used to dampen the sound, create more sustain, and really create any other type of sound you can imagine.

Pianos aren’t the only instruments that can be prepared, too – you can get interesting sounds from guitars, drums, even orchestral strings by preparing them with simple household objects. Sometimes all it takes is a little coin taped to the front of a kick drum to help the drums cut through in the mix.

Just because a certain piece of gear was designed for a particular instrument doesn’t mean it can’t work on another instrument as well. Have you ever run a vocal through a guitar distortion pedal to give it some crunch? How about running a drum loop through a guitar amp to give it more life? When you take the limitations off of your gear, you open up new possibilities all over the place.

5. Taking matters into your own hands

Sometimes innovation in the studio can also come from a lack of gear. If you have a sound in your head that you want to capture, but you can’t achieve it with the gear you have, maybe there’s another way you could make that sound come to life.

When recording one of his experimental jazz albums with his group, the Nels Cline Singers, Wilco guitarist Nels Cline wanted to create a swirling sound to use in the song "Harbor Child." Instead of simply adding tremolo like most people would, he set up a loop on his guitar, picked up his amp, and swung it above his head between two stereo microphones. This gives the track a more lifelike sound that couldn’t be achieved with a simple effect or plugin.

Even if these unconventional techniques don’t help you get the sound you want, they might inspire you to try something new next time you’re in the studio. Remember, all of these techniques aren’t necessarily about making things sound "better" in the conventional sense – they’re about making things sound more interesting. By trying something you’ve never tried before in the new studio, even something that seems "wrong," you may end up finding a sound that sparks a new idea and gets you moving in a new and exciting creative direction.