DIY Recording Hacks: What You Need to Know About Mic Mods 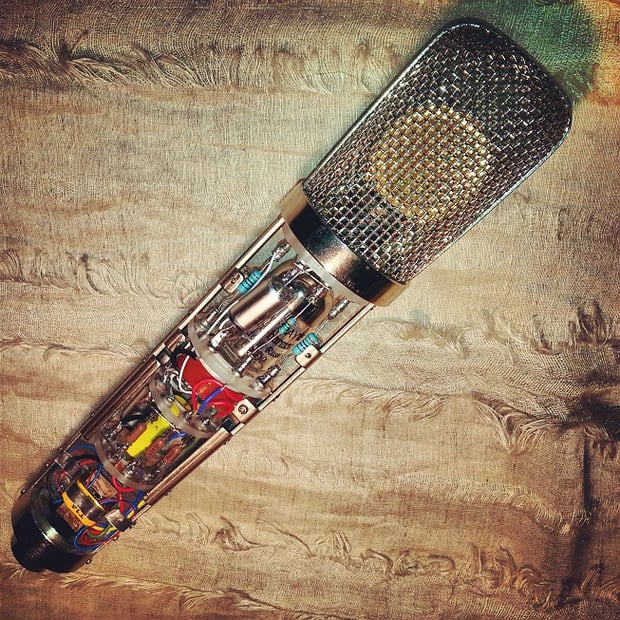 Many who are new to the recording world or who operate in a DIY home studio environment may not have the budget for an extensive and expensive microphone collection. While the constraints may seem daunting, necessity is the mother of invention, and I assure you that whatever you think your situation is, more has been done with less.

If you're dying to make an investment in your mic collection but only have a little bit of money to play with, instead of getting another $200 big-box-music-store "deal of the month" microphone for your studio, save the money burning a hole in your pocket for a future investment, or perhaps reinvest in your existing gear.

While I'm not suggesting for one moment that you can turn your $100 condenser microphone into a $5,000 vintage beauty through a simple swapping of components, I will tell you that there's a good chance your current inexpensive mic collection could sound better.

When you see an inexpensive condenser microphone, it may not necessarily "feel" cheap to you, but I assure you the gear business does tend to be a "get what you pay for" venture. Anyone who has spent any amount of time browsing an electronic parts catalog can tell you that you can find similar components at varying price points and qualities. Most of theses mass-produced mics take advantage of the economies of scale at play and, with their buying power, can purchase mass quantities of cheap components to put together inexpensively. Couple this with the fact that sometimes design and quality are completely thrown to the backseat, and circuit paths are knowingly assembled with legitimate technical shortcomings (e.g., technically incorrect component types for their position in a circuit path), as the focus is on price and quantity over quality.

Quite often, the capsule itself may only cost a few dollars wholesale, allowing all of your hard creative work to be captured by an element that cost the company less than a consumer's cup of coffee.

How to get started with mic mods

There are a number of places you can begin to start your search for sonic improvement. One such place is a company that offers to provide the components and the service for you. There are a number of these out there, all offering you the benefits of their "custom mods." Websites like Michael Joly Engineering can be a great place to start talking to someone about upping the ante on your current stock if you don't like to get your hands dirty.

For those who aren't afraid to get inside their gear but perhaps don't fancy themselves electrical engineers, going through a company that offers microphone-specific components and pre-assembled PCB boards to swap out may be an excellent option. Microphone-parts.com offers a variety of options all in discrete kits for a wide range of very popular inexpensive microphones. The benefit here is saving some money on the labor by doing it yourself without having to design your own mod or having to source your own components.

For some of the tweakers out there, the idea of doing the whole mod from scratch may be exciting, but there are a number of things to keep in mind. Most modern mics are assembled with surface-mount PCB boards, and even with some key component remaining leaded in some designs, this makes them cheap and easy to manufacture, but difficult to modify and service. It doesn't take much, even for a relatively experienced hand, to make a difficult-to-trace soldering misstep that may turn even your cheapest mic into an expensive paperweight. If you feel experienced enough to take this route, however, you probably know what you're looking for, and this may not be as large of a concern as it seems.

Ultimately, it comes down to what you'd like your level of involvement to be and how much your time is worth.