5 Ways Being a Musician Helps in Other Areas of Life 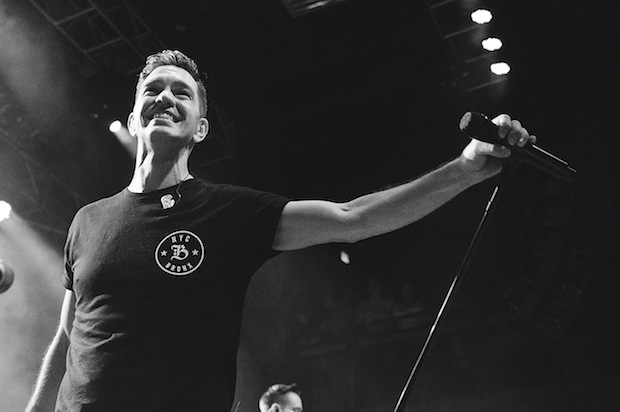 Songwriting, strumming on your guitar, and sending so many follow-up emails to venue bookers and A&R guys that your "sent" folder frightens you all seem pretty specific to being a musician. However, you may not have ever stopped to think about it, but being a musician and all it entails is actually bound to improve other areas of your life. This is because at its core, being a musician can be boiled down to a few fundamental skills you're flexing and strengthening all throughout the week and all throughout your career. If you've ever wondered how being a musician affects you "behind the scenes," read on.

1. Your creativity can be applied basically anywhere

While it's intuitive to believe it "belongs" to the art world, creativity is a wonderful process that arguably permeates every aspect of our lives. Really, every time you're trying to solve a problem (anything from your car suddenly breaking down to smoothing over an argument between friends), you're going to employ creativity to find an efficient solution, which is often not the first solution that pops into your head.

Creativity shows us that there's always more than one way to look at a situation – just like there's always more than one way to write a love song. When you become used to the mindset of looking at things from different angles, which songwriting tends to strengthen, it becomes second nature, and you're more likely to find yourself applying it, however subconsciously, to other areas of your life.

So many of life's mishaps stem from a simple failure to organize ourselves. Being unorganized will gut you in the music industry, because at best it will cause you to forget the tiny details that can make a big difference (we forgot to pack that one cable in the car, now we need to get one before the gig), and at worst it can make you look highly unprofessional and even kill your career (we forgot we had that meeting with the record label execs, now they won't answer our calls).

So as a musician, you learn pretty quickly that organization is critical, and with that, organization in other aspects of your life will follow suit. You're more likely to keep track of all the things you need to do (grocery shopping, doctor's appointment, pick up Josh at the airport), and on the macro level, you'll become less hindered by the curveballs that life tends to throw at you, because you always know where things are and where you need to be.

Let's be real: not everyone you meet in the industry is going to be a ray of sunshine who just wants to rocket you to success. A lot of people will be short with you or just plain nasty in their disdain for you. A venue booker ends up overbooking and your gig is canceled, a promoter promises to check out your EPK but never returns your emails or phone calls. We all know that getting worked up and going on angry social media tirades is highly unproductive, so the successful musician learns to take the high road, smooth over arguments, and move past the people that aren't interested in his or her success.

Such people and altercations don't just exist in the music industry, though. They may be your boss at your non-music job or the jerk that cuts you off. As you deal with difficult people in the industry, you'll find yourself easily navigating through similar situations outside of that scene. You'll have more experience knowing how people can be sometimes and how to end your dealings with them in the least problematic way possible.

4. Dealing with criticism gives you a thicker skin

For every musician, from the most obscure indie artist to the Beatles, there's bound to be a group of people that just doesn't like them. It might lead to a few caustic remarks on social media or an abysmal album review. The seasoned musician learns to not buckle under the first sign of criticism, and more importantly, even uses it as a way to grow. If the critic has a point you never considered, then your music or attitude improves as a result, and if they're being a jerk for the sake of it, you learn to not give those hateful comments any power.

Beyond your musical pursuits, you'll still find the occasional person that doesn't agree with your choices or ideology, and they might have a particularly harsh way of showing it. Instead of completely shrinking away from any disapproval and letting it destroy your entire psyche, you'll become better at extracting helpful information from it or just laughing it off. Either way, you're becoming a stronger person for it.

If you're in the business for immediate fame and fortune, then you're in the wrong industry. Part of being a musician is knowing that while the blood, sweat, and tears you put in now can be exhausting, they lead to the long-term benefit of being appreciated for the projects you've put your heart and soul into, and being truly happy and fulfilled doing what you love every day. When you walk onto the stage to a full audience or when you sign that record deal, it becomes undeniably worth all the effort you put in.

This is the mindset that leads to all kinds of long-term success: weight loss, studying, job hunting, saving money for that dream vacation, and arguably for "true" happiness. When you think about it, probably all of our lofty goals absolutely require that we sacrifice in the present so we can succeed in the future. As a musician, you know that success isn't easy or instantaneous. It requires that stick-to-itiveness that doesn't just concern itself with our current feelings, but our future ones most of all, otherwise we would never accomplish those bigger feats.

You can probably think up even more ways that being a musician has helped you in other facets of your life. Whatever they may be, you're becoming a better you, which is something you should absolutely be proud of. And no matter what the future holds, these ingrained qualities will stick with you for years.