5 Ways to Save Band Van Costs on Your Next Tour 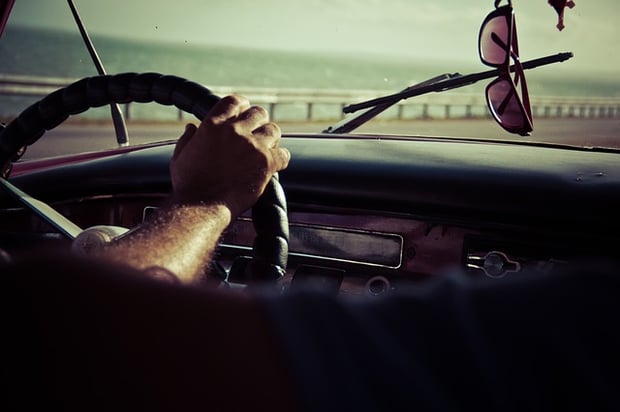 Touring is the most important thing that you can do as a musician (aside from making music at all, that is). The bulk of your money comes from playing live, and it’s a great way to meet your fans and form lasting relationships with them. Trekking across the country can also be fairly expensive, and there’s just no way around paying for things like gas. While you’re touring, you should try and do everything you can to save even just a few bucks here and there. Here are a few tips that can add to your wallet by bettering your gas mileage and your car in general.

Until I started looking into how to save money while driving around the country, I didn’t actually realize that this mattered at all. Sure, a flat tire is bad, but other than that, isn’t a tire just… a tire? It turns out that no, that’s not the case. If your tires aren’t properly inflated, your gas mileage isn’t where it should be, and that’s costing you money.

According to the US government’s website on fuel economy (bet you didn’t know that was a thing), improving your tire’s pressure can increase miles per gallon by 3.3 percent. That might not sound like a lot, but it certainly does add up, and it’s such an easy thing to do. You can inflate your tires before you leave and while on the road. It might cost you a dollar or two to use the machine (which can be found at gas stations anywhere), but there are also free ones available. This is truly the easiest thing you can do to save a few bucks.

When you’re on tour, there’s a lot that you need to bring with you. Between instruments and all of your stuff, whatever you’re driving can get pretty heavy. A lot of this is necessary, but keep in mind that for every pound you add to your load, your gas mileage goes down. Now, I’m not suggesting that you don’t include a very important speaker or that you wear the same T-shirt for two months, but really think about some of the extras. I’m willing to bet that there are a few things you can ditch in the name of getting a better MPG.

3. Get an oil change

Chances are this is something you need to do anyway, so use your upcoming tour as an excuse to actually do the thing you were going to have to do soon enough regardless. Making sure that you have fresh oil running in your car will help your engine, and that’s really something you need to get the best gas mileage you can. Not changing your oil can hurt many other areas of your vehicle as well, and there’s nothing worse than breaking down while you’re on your way to a show halfway across the country.

Making sure you go see your mechanic is like making an appointment to see a doctor or a dentist. It’s a pain in the ass, there’s often bad news, and it can end up costing you a lot of money. Having said that, it’s very necessary, especially since you’re going to be putting a lot of miles on your car, and if it isn’t in pretty good shape to begin with, you could get into trouble. Tell your mechanic what you plan on putting your car through in the coming months and ask him or her what needs to be done to ensure (as best as you can) that it’ll make it.

I’m not suggesting that you fix every little thing that could be upgraded, but there might be a real problem that you’re just not aware of. Fixing it on your terms can save you big bucks, rather than paying for an expedited repair (and the tow truck, of course).

5. Get a fuel-efficient car

This isn’t an option for everyone for a few reasons, but it’s worth putting on the list. The better mileage your car gets, the more money you’ll save, and unlike some of the items here, that can actually put a lot of cash back into your pocket as opposed to a little bit here and there. Electric cars, hybrid cars, or even just newer ones that simply use gas more efficiently can all be more expensive than an old, used, beat-up something or other, and that can keep a lot of musicians from even considering it. That’s fair, but if you do have the option, consider it! You’ll make your money back, and it’s better for the environment. Win-win, right?

Get more tips for your touring vehicle: