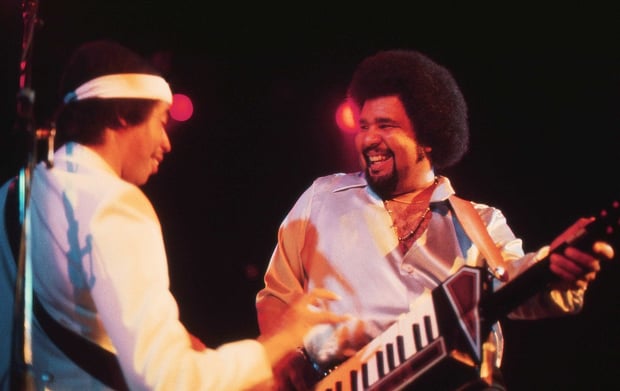 There are usually multiple personalities and many assumed roles within a band, but none more polarizing among bandmates than "the leader." The problem isn't so much in the title. However a leader may come to power or be chosen, after someone is dubbed "leader," the rest of the band will often consider themselves to be merely "bandmates," a role assumed to be limited only to playing music and showing up to performances and practices and band activities. From then on, bandmates will debate who's contributing most, with the implied leader expecting more while the implied bandmates assuming their contributions are unwanted.

This doesn’t have to be so. There are still many ways to assert influence within a band that has nothing to do with anything personal or selfish, only the growth and advancement of the band’s goals. On top of it, you can do all of these things without interrupting the bandleader's flow and own personal outlook. The benefits of taking initiative are immense. At minimum, taking the time to help your band out in major ways that don’t step on the leader’s toes will not only help your band succeed with its goals, it'll endear you to the rest of the band as someone who cares.

1. Promote the band and music

One of the most time-consuming parts of being in a band is promoting your band. It can also be the most challenging. Fortunately, the rewards are large for those who take the time to promote their band. If you don’t consider yourself the leader of the band you’re in, chances are the person who does is spending a lot of time on both the musical and business aspects of the band.

A huge way to help the band is to explore the world of promotion and marketing by taking the time to learn how it’s done, and then actually doing it. Reach out to the bandleader and explore the angle the band should take with promotion, and discuss things like image, branding, and artwork. Find out who's already been contacted for promotion, and seek out other avenues the bandleader might not have explored to avoid any conflict by over communicating.

There are many people in the world of music who can affect the success of your band. They're out there in the world doing largely the same thing as you: looking for and loving music. If your bandmates are preoccupied with things like songwriting or negotiating, take the time to spread the word about your band with people who would be interested.

There are many different ways to meet people who would probably like your band. Talk with the bandleader to see who might be showing some interest already. Research other bands that have a similar sound to your band and check them out. If you like them, introduce yourself and your band. Make sure to remember to act like you represent your band, even if you aren't "the leader." You don't want to make a bad impression and accidentally shoot yourself in the foot!

Even if there's someone else in the band actively booking gigs, seeking out and actually clinching excellent gigs is something that'll never make your bandmates angry. A good way to approach this is by asking whoever's doing the majority of the booking to be kept in the loop on the calendar. Ask if there are dates that need work or dates that could work, and try to book an excellent show.

If you aren't sure what kind of shows your band is looking for, don't hesitate to ask your bandmates. It's also important to remain in contact with whoever's the main show booker in your band to avoid stepping on their toes by double-booking, or booking too many shows.

4. Spend time developing the band's musical ideas (even if they're not your own)

Listening to and studying the actual music your band makes, even if it isn’t written by you, is a crucial way to better your band overall. That’s because you'll gain a greater understanding of the songs you're playing, giving yourself a greater chance of helping to influence and shape the songs.

Of course, important to be mindful of not overreaching your musical contributions. Make sure to show the main songwriter the ideas you have before unleashing them on the band in the heat of the moment during a gig. That way, if anything needs adjustment or editing, no one will feel upset or misled by your intentions.

5. Work on your own performance

Working on your own performance isn’t just practicing the songs: it’s the whole impression you make when you perform live. This could mean practicing feeling more natural onstage or something as simple as buying a longer cable to give you more room to roam. Whatever it is, your bandmates will be happy to see you look and act like a total pro.

[3 Tiny Tweaks That Will Make You a Much Better Performer]

However, it's still important to know your place within the band. Working on your performance shouldn't be seen as trying to "one up" the leader or your bandmates. Make sure to keep the overall cohesion of the band as a priority when working on your own performance (or start thinking about your solo project).

6. Pay close attention to the leader

If you like the band you’re in and have no issues with the direction or sound of the band, then take a step back and listen up: the leader in your band probably knows what’s going on. Go out of your way to notice how this is being accomplished. Try to notice things the way things are getting done or how songs are being written. Figure out how to predict the way the band’s flow works. Most importantly, keep in constant communication with the bandleader, bouncing off ideas and plans you may have made.

It's essential to make sure your efforts are coming across as efforts to help the band, not as a critique of how things are being handled (unless there are major problems with whoever is leading the band). Being mindful to not step on anyone's toes is crucial to ensuring harmony in the band. Taking the time to do these things will not only give you a better understanding of how to make a band succeed, it will also show your bandmates that you care enough to be there even if the biggest decisions aren’t being made by you.