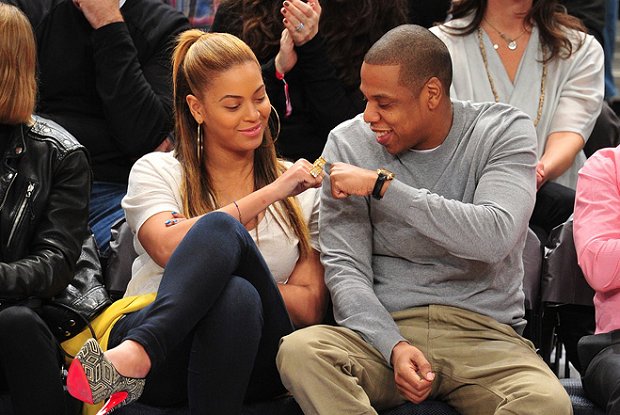 The ultimate influencers. (Image via popdust.com)

A few weeks ago, the New York Times ran a profile of theAudience, a firm that connects big brands to social media influencers. Gone are the days when a big ad spend or tons of radio promotion was required to break a band – now, a kid with a big Tumblr following can move the needle just as much as a spot on TV. But for artists who are just starting out and can’t shell out the big fees that firms like theAudience charge, reaching influencers can feel like an impossible task. Don’t despair, though – here's how you can connect with the person who might give you your big break.

Next, take a full inventory of your story as an artist, and make sure to dive deep. "We’re a rock band" isn’t a great hook, but "We’re a rock band whose lead singer grew up in a Filipino-American household and is connected to that community" – well, now you’re getting somewhere. Think about where you went to school, any hobbies you have, local businesses you love... the list goes on. Then, scour all the social sites for any influencers in those communities, and reach out to them with a targeted pitch.

3. Be smart about your social media

On sites like Instagram and Tumblr, you can use hashtags to grow your following, but make sure to do it in an organic way. Using every trending tag is a terrible idea, but if you can connect to a popular tag using content that fits, go for it. And make sure to post and share non-music content as well; you want to make sure you’re giving fans and followers some interesting stuff that isn’t just a series of announcements for new tracks and upcoming tour dates.

4. Take advantage of sites that connect you with influencers

If you’re looking to connect with industry folks, especially producers, try uploading some tracks to Muzooka, then ask friends and fans to vote your track up the charts. The Calgary-based startup boasts an industry panel of heavy-hitters, mostly on the production side, and has helped facilitate collaborations between artists like Long Beach rapper NameBrand and producer Seige Monstracity. Uploading tracks is free.

Fluence is another relatively new site that allows artists to upload work and seek feedback from a targeted range of influencers, who can then choose to share the work with their networks. The site works with bloggers, DJs, and editors who specialize in a variety of genres, and artists are allowed to choose who they want to hear their music. Artists pay a small fee to compensate the influencer for their time if that influencer chooses to provide feedback.


Reaching influencers can seem daunting task when you’re brand new to the music business, but with the help of a few sites and the smart use of some social tools, getting started can actually be pretty easy. We’ve already had YouTube stars, Vine stars, and Twitter stars – so who knows, maybe you’ll be the next Tumblr sensation.

Cortney Harding is the director of media strategy for Muzooka and has worked with music startups like Soundrop, official.fm, and Gumroad. She is the former music editor and indies correspondent at Billboard and has also written for the Village Voice and Teen Vogue, among other publications.