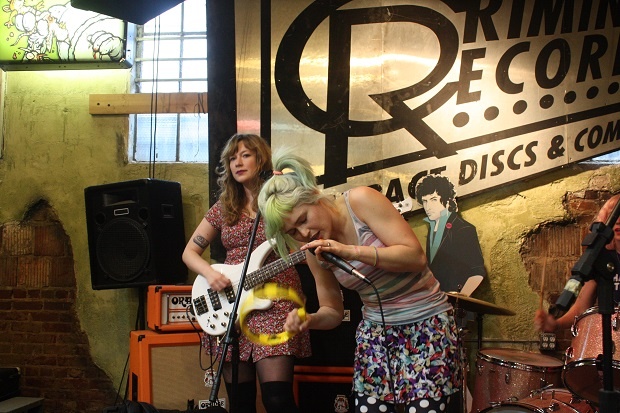 When piecing together a tour or finding local gigs, there are plenty of options beyond traditional venues. If bars, clubs, and other venues are booked, there are other kinds of businesses and nonprofits that sometimes host bands. From the traditional in-store appearance at a local record store to shows at museums and art galleries, options abound for bands at all levels of notoriety. Here are six different kinds of places to hit up about shows if a concert at a tiny punk club or mid-sized venue falls through.

An obvious place to turn is the warehouse spaces, living rooms, and basements in cities across the country that host shows. Unfortunately, there may be legal issues with listing off specific house show spaces or bookers. Some spaces face pressure, be it from neighbors annoyed by noise or local governments wanting to tax these spaces the same as legitimate venues. If you're in a position to tour, chances are you have friends in other cities who can hook you up with a house show booking. If you go this route, follow common sense – do not break or steal anything, and be cautious about sharing the address.

Editor's note: We love the intimate shows that Sofar Sounds puts on! They're booking bands in these cities right now.

The academic world can be an ally. For example, the EMP Museum in Seattle hosted local punks performing Nirvana covers in September 2011, shortly after an exhibit devoted to the band. Here's footage of Tripwire peforming "Been a Son."

Shows at museums are special events, more often than not, so getting booked at one of these spaces may be rarer than landing a gig at any of the other examples on this list.

What's more fun than mixing music and pizza? Some local restaurants host the occasional show. It's a nice setup, too. Bands usually get a nice cut of the door money, there's a good chance the show will be all ages, and you might even get a free or cheap meal.

Apparently pizza parlors have been hosting bands for quite some time, unless Pizza Castle was the name of a proper Indianapolis club in 1981.

A lot of spaces fit under this umbrella, including small art galleries and community collectives. Wonderroot in Atlanta is a good example. The nonprofit space has a community garden, professional development programs, and a basement for hosting all sorts of musical and spoken-word performances. 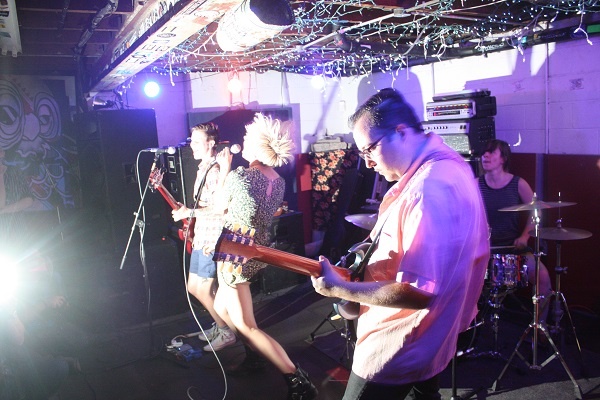 Another tradition is the in-store appearance. Since these are often early evening events, these all-ages happenings typically accommodate bands that are already playing a venue later that night. Here’s footage of the late Jay Reatard's longtime band, featuring Wavves' Stephen Pope, performing at one of the best and most band-friendly record stores in the South, Memphis' Goner Records.

There's at least one strip club that hosts shows – Atlanta's legendary Clermont Lounge. It's an old hotel's downstairs bar, and bands performing there have ranged from local standouts the Black Lips to G.G. Allin. Legend has it that Allin’s band abandoned him after one performance, so he briefly lived at the hotel and had a relationship with one of the dancers. His stay must have made an impact on Allin, as he wrote a song called "Hotel Clermont" and recorded it with a gaggle of local musicians called the Southern Baptists.

What's the best nontraditional venue you've ever played? Tell us in the comments!